Can a university cut its water consumption by 20% in 3 years?

Thanks to an innovative program at Concordia, the answer is a resounding ‘yes’
|
By Sara DuBreuil 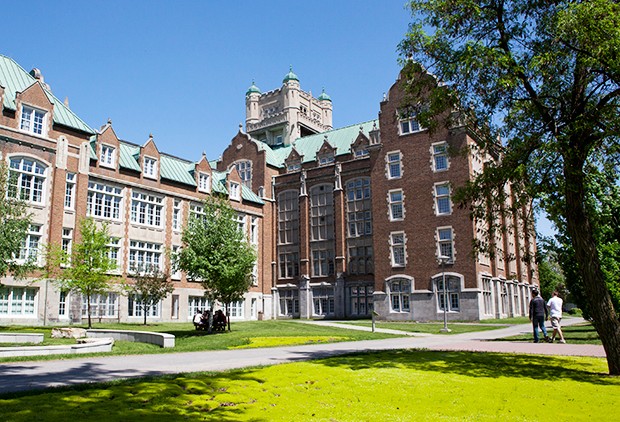 In the next three years, Concordia plans to reduce its potable water consumption by 20 per cent, with the goal of making the Sir George Williams and Loyola campuses as sustainable as possible.

Behind the scenes, the Department of Facilities Management is perfecting the details of the program that will turn this goal into a reality.

“The general scientific approach is that you determine what is the minimum required — first for safety, then for everything else,” says building performance coordinator Daniel Gauthier. “Then you judge what you’re actually using and compare it to that to see how much more than necessary is being consumed.”

As Gauthier explains, the Concordia initiative reflects goals outlined by Quebec’s government, including a 2012 call for the province’s universities to use 20 per cent less water by December 31, 2016. The City of Montreal has also adopted a mandate that will see updated water meters placed in non-residential buildings — including Concordia’s — by 2018.

To meet the province’s objective, Gauthier and the team from Facilities Management had to take stock of all of Concordia’s plumbing fixtures, which meant counting every faucet, hose, toilet and urinal — essentially, everything linked to water — on both campuses. From there, the group was able to assess the use of each piece of equipment and estimate how much water the university consumes.

Now, they are designing a solution for the Sir George Williams Campus. The Loyola Campus will follow. In both cases, space will have to be created for the city’s new electronic water meters, and some fixtures — including faucets, toilets, urinals and shower heads — will need to be replaced or upgraded.

According to Yves Gilbert, director of engineering and building performance with the Department of Facilities Management, replacing outdated equipment can have a big impact on water consumption.

“We have some urinals in the men’s washrooms that have large flush reservoirs,” he says. “The reservoirs empty every three to five minutes, 365 days a year. That’s a big waste of an important resource.”

The new urinals will have 0.5-liter flush reservoirs, down from 3.8 liters in older models. The new toilets, meanwhile, will also feature smaller tank sizes: 4.8 liters, down from 13 liters or higher.

The team will also update aging air compressors — the cooling devices which use water heavily — and laboratory equipment.

But cutting the university’s water use by 20 per cent will take more than facility upgrades. The program’s success also depends on the commitment of the Concordia community.

“We can give people the tools to reduce their consumption, but only they can actually do it,” Gauthier says. “For example, if people leave the shower on twice as long because it has half the flow, that doesn’t accomplish anything. We have to raise awareness and get people thinking about how much water they use.”

To that end, the team created a web page to provide students, staff and faculty with information on Concordia’s water consumption, along with links and resources on how they can reduce their individual water use.

At the same time, though, Gauthier and Gilbert recognize that students — especially those studying subjects like chemistry and working in laboratories — need to use water. The reduction initiative, however, will have no effect on their work.

“We like to see our buildings operate with the least resources necessary at the highest quality possible,” Gauthier says.

Ultimately, the push to cut water use at the university comes down to one thing.

“It’s a sustainability issue. Right now, we have a snapshot of the water we’re using, and we’re putting in place measures to reduce consumption. We’ll see the results in 2017.”

Find out how you can reduce your personal water consumption at Concordia.