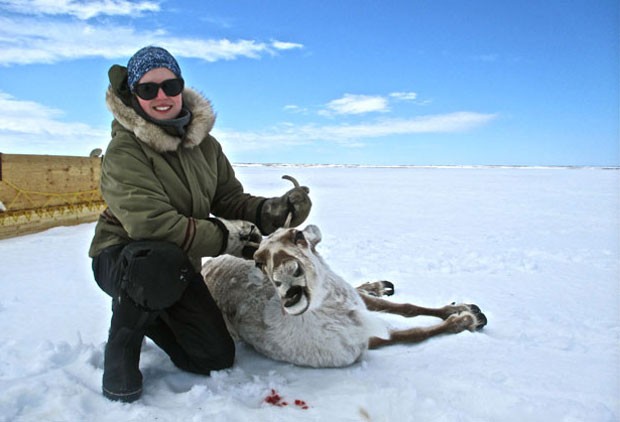 Emma Kreuger believes that a transfer of knowledge between First Nations and non-First Nations people is essential to all Canadians.

“You can't truly understand why things are the way they are, why certain issues come up, or the history of how Canada came to be without understanding this perspective,” she says.

Kreuger —  who hails from Baker Lake, Nunavut — joins Thea Cammie from St. John’s, Newfoundland this month in graduating from Concordia. Together, they form the university’s inaugural cohort in First Peoples Studies.

Last summer, the major became the first of its kind in the province when it received approval from the Government of Quebec. Concordia launched a minor in First People’s Studies in January 2013.

The new program, which currently comprises 35 students in the minor and 12 in the major, attracts interest from across the university. Its courses are taught from a First People’s perspective, with the aim of providing a solid foundation in indigenous history, culture and society in Quebec and the rest of Canada.

“It offers a different way of looking at the country,” says Karl Hele, the program’s director at the School of Community and Public Affairs. He notes that next fall’s Introduction to First Peoples Studies course is already full.

“I’ve got students begging to get into it. It looks like the new program is going to be quite popular.”

Emma Kreuger: The value of knowledge

Although originally enrolled in Film Studies and Art History, Kreuger switched to First Peoples Studies because she felt it would better prepare her for a career in her home territory of Nunavut.

“The society and economy is very much based on Inuit values and systems. I found the program suited my needs much more because I could focus on Nunavut for a lot of my work.”

Kreuger’s has lived up north since she was a baby, and she says it was difficult to travel so far for university. The fact that her research focused on the people she grew up with certainly helped.

“To be graded and do well in school, while feeling increased pride in where I’m from, and knowing that I could come back home with this increased knowledge of my own territory — that’s what made it worth it for me,” she says.

This spring, Kreuger was accepted into an Environment Technology program at Nunavut Arctic College, which offers its students training in traditional land and sea skills, as well as modern classroom-based science and technology training.

Ultimately, she hopes to pursue a career in filmmaking.

“In Nunavut, there are no roads connecting the communities. It’s very remote. Increasing my skills in working outside of communities will mean being able to work on wildlife films, and films about the land.” 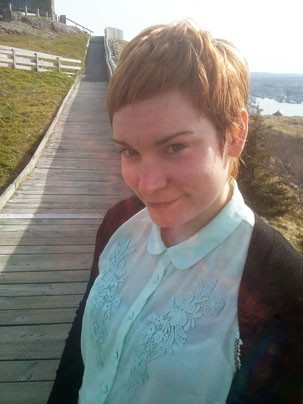 Kreuger’s classmate Cammie enrolled in the First Peoples Studies program because she wanted to learn more about her ancestry.

“Here in Newfoundland, I didn't have a lot of information,” she says. “I could speak to members of the community, and I learned a lot through them, but there’s so much more.”

Her grandfather, George Cammie, was adopted, and discovered late in life that his birth parents were Mi’kmaq. He helped others trace their families and played a role in establishing the Qalipu Mi’kmaq First Nation Band in Newfoundland, which was officially recognized in 2011.

“Community was really important to him,” Cammie says.

Since starting her studies at Concordia, Cammie has returned to St. John’s every summer to work at the local Native Friendship Centre. This work contributed to her decision to pursue a second major in Early Childhood Education; after graduation, she is planning to gain experience as an educator at the centre’s new childcare facility.

“There’s just so much that people don’t know, and there are a lot of stereotypes. I think it is especially important for improving relations between indigenous and non-indigenous people.”