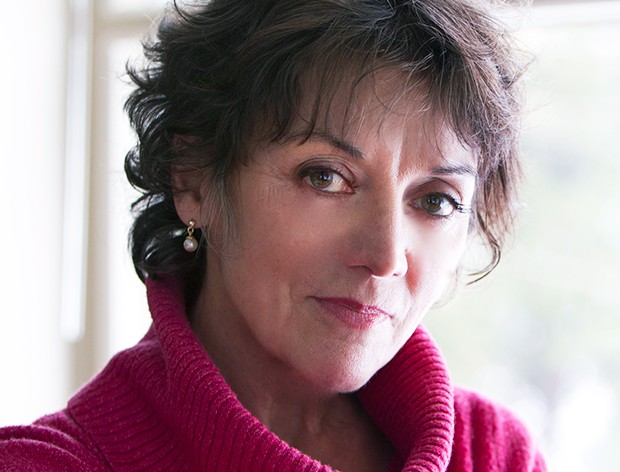 Michener-Deacon Fellow Francine Pelletier: “There’s no end to the things you can do with big data.”

Francine Pelletier, one of the most recognizable names in Canadian journalism, is coming to Concordia.

In the course of her 30-year career, the Montreal-based reporter, columnist and filmmaker has worked for many English and French media outlets. Her byline appears in La Presse and the Montreal Gazette, among other newspapers, and she currently pens a weekly column for Le Devoir.

Pelletier also served as a parliamentary correspondent in Quebec City for Radio-Canada’s Le Point and co-host of CBC’s the fifth estate. She has written and directed 11 documentary films, including Monsieur (2003), about former Quebec premier Jacques Parizeau.

Now, as winner of the 2014 Michener-Deacon Fellowship for Journalism Education, Pelletier will devote part of the next academic year to students in Concordia’s Department of Journalism.

The annual fellowship, which is dedicated to the advancement of young journalists, allows an industry professional to spend time teaching or mentoring students at a recognized Canadian journalism school.

At Concordia, Pelletier will be exploring data journalism.

“It’s a great opportunity to delve into something very interesting,” she says. “Especially with the ability to take advantage of all of the resources of a university, which, as a working journalist, you just don’t get to do.”

For an academic term, Pelletier will lead students in workshops and other activities that address one of the most talked-about forms of journalism today.

In this age of WikiLeaks and computer databases, reporters sometimes find themselves sifting through vast bodies of digitally recorded information to explain stories and uncover narratives that might otherwise go untold.

“There’s no end to the things you can do with big data,” she says. “I wanted to study it sufficiently to develop an approach that will make sense for most journalists. Ultimately, I’d like to bring it down to an ABC level in terms of what you can do with it.”

The idea behind this course of study stems from conversations with Brian Gabrial, chair of Concordia’s Department of Journalism. Gabrial encouraged Pelletier to apply for the competitive fellowship.

“She had been in contact with our department over the last couple of years, and she’s one of Canada’s pre-eminent journalists,” Gabrial says. “After we came up with the concept, she prepared the proposal.”

This marks the first time that Concordia has won the prestigious Michener-Deacon Fellowship. As Gabrial explains, it will result in an unparalleled opportunity for the university’s students.

“They’re going to have an elite Canadian journalist in their midst,” he says. “They’re going to be able to use her as a resource and as a mentor. Just being exposed to the kind of work she’s done will be important for them.”

Pelletier, who spent the better part of her career pounding the pavement in pursuit of stories, is looking forward to her time at Concordia.

“The opportunity to just reflect on things and explore something in depth is really, really extraordinary at any stage,” she says. “But after three decades of journalism, it’s even better.”

The Michener-Deacon Fellowship for Journalism Education will be presented to Francine Pelletier by Governor General David Johnston on June 11 at Rideau Hall in Ottawa.

Read about a Concordia professor who was recently recognized for a lifetime of journalism excellence.