This month, some of the biggest names in Canadian public policy and governance are coming to Concordia for the 2014 edition of the university’s Workshops on Social Science Research (WSSR).

From May 1 to July 17, the WSSR is featuring more than 30 different one-, two- or three-day learning opportunities and a variety of distinct evening talks. The instructors include Stockwell Day, former president of the Treasury Board; Justice Murray Sinclair, chair of the Truth and Reconciliation Commission; and Dalton McGuinty, former premier of Ontario.

At “An Evening With…”, six of these key figures will address the public. Here’s a preview from three of the speakers: Michael Chong, a Conservative Member of Parliament in Ontario’s Wellington-Halton Hills riding; New Democratic MP Hoang Mai, transport critic for the official opposition; and James Cowan, a senator of nine years’ standing. 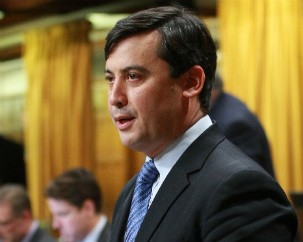 Courtesy of the House of Commons

In December 2013, Michael Chong introduced his private member’s bill to Parliament. Among other powers, the bill would give caucus members the ability to oust their leader.

It’s a reform Chong feels strongly about — and one he plans to discuss on May 21, when he visits Concordia.

“For the better part of 30 years, there has been increasing concern about the concentration of power in party leaders’ offices, in particular the Prime Minister’s Office,” he says.

After he was elected in 2004, Chong saw the dangers such centralized power posed. “That only strengthened my resolve to do something about it.”

A co-founder of the Dominion Institute, now part of Historica Canada, Chong admits that much of the content of his Reform Act is based on past practices in Canada.

“Leader review, caucus membership, local control over party candidates — these were all in place in Canada for most of our history,” he says. “A lot of the changes are recent phenomena.”

But some of the changes proposed in the Act have been brought up before. As Chong explains, these include a part of the bill that would remove a party leader’s power to veto a candidate.

“That actually was something that former prime minister John Turner had been asking for for decades.”

Democratic reform has been promised by leaders and politicians in the past, and then left on the campaign trail, Chong says.

“I said, ‘Okay, enough is enough. We've been talking about this, and nothing has happened. It's probably worse than ever. If you really believe that there's a problem, pass the bill.’ ”

That may happen soon enough. The first Parliamentary debate about the Reform Act is scheduled to take place in the House of Commons on May 26, only five days after Chong’s appearance at the university.

“This workshop is coming right at the right time, because I think attention on the bill is going to increase as we move toward that first hour of debate,” he says. 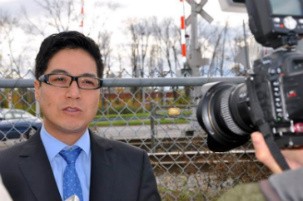 Last July, a freight train carrying crude oil derailed in Lac-Mégantic, Quebec, a town in the province’s Eastern Townships region. The subsequent explosion killed more than 40 people and destroyed much of the surrounding area.

Hoang Mai, a Member of Parliament for Quebec’s Brossard-La Prairie riding and the transport critic for the official opposition New Democratic Party will discuss railway safety in light of the tragedy during an evening talk on May 22.

The topic remains timely. On April 23, following recommendations from the Transportation Safety Board (TSB) of Canada, Transport Minister Lisa Raitt announced plans to, over three years, cease use of a common, older model of tank car that was implicated in the disaster.

“It’s a step in the right direction,” Mai says. “We’ve been asking for more than a year now to have a timeline for the phasing out of the old DOT-111 cars, the tank cars that exploded in Lac-Mégantic. We’ve known for 20 years that those tankers are problematic, and that they’re not safe.”

Mandatory emergency response plans will also now be required for all shipments of crude oil in Canada, another measure recommended by the TSB.

But while Mai is happy that his Conservative counterpart managed to push these measures through, he believes that more needs to be done. “I think we can go further in terms of making sure that Canadians are safe,” he says.

In his analysis of the Lac-Mégantic disaster, Mai points to the gradual deregulation of Canada’s railway industry as the main culprit behind the tragedy. “Before, Transport Canada had more power in terms of inspections and in terms of giving fines. But right now, we're letting companies inspect themselves.”

Under the current system, rail companies submit their own safety management system to the federal agency for approval.

“What we’ve heard from the auditor general is that Transport Canada doesn’t even have enough resources to look at the safety management system,” Mai says, adding that since Lac-Mégantic, there has been no increase in the federal budget for rail safety.

For Mai, it comes down to a question of what’s important to Canadians. Without stiffer safety regulations, he says, the same disastrous scenarios risk repeating themselves.

“The Government of Canada and Transport Canada should be putting the safety of Canadians first as a priority,” he says. “We can still do better.”

Hoang Mai’s talk “Lac-Mégantic: What Is Next?” takes place on May 22 at 6 p.m. Register today. 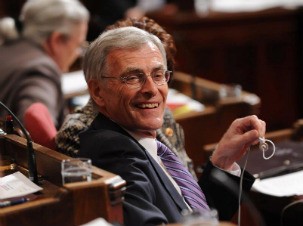 This April, the Supreme Court of Canada handed down a ruling on Senate reform. In it, it said that only the country’s provinces can make major changes or abolish the upper house, putting an end to months of arguments about the future of Canada’s Senate.

On May 30, Senator James Cowan, leader of the independent Liberal caucus, will discuss this decision and what’s to come for the Senate.

As Cowan notes, the decision underlines the importance of the Senate’s role as an independent source of approval on government legislation.

“If we know we're going to continue to have two houses of Parliament, and we know that we're going to have an appointed Senate, then how can we make the best of that?” he says.

Cowan believes that the Senate holds a unique place in Canadian politics. While he supports the Liberal Party and its leadership, his role as a senator comes with its own set of responsibilities.

“In that capacity, I play a different part — that of the sober second thought.”

In Cowan’s view, senators, though an integral part of their respective parties, must be allowed to form their own opinions on bills and motions. “As an individual senator, I have a responsibility to exercise my judgement and to vote according to what the evidence is and what my values tell me is right,” he says.

During his talk, Cowan will provide some historical background on the formation of Canada’s bicameral Parliament, as well as some context on the ongoing debates surrounding the role of the Senate. He also hopes to spur discussion around the Supreme Court’s ruling.

“There has been a lot of talk about having an elected Senate, or about the abolition of Senate, or about term limits,” Cowan says. “Well, the Supreme Court of Canada has put an end to that. So I think we need to talk about that decision — not so much whether it was right or wrong, but about the very interesting reasons behind it.”

Learn more about the WSSR’s “An Evening With…” talk series.