What would Shakespeare say about his 450th birthday? 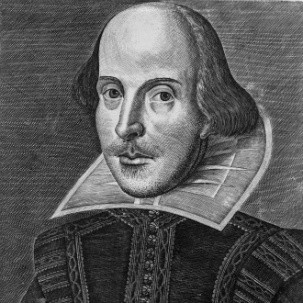 Although no one knows precisely when William Shakespeare came into the world, he was baptised on April 26, 1564: 450 years ago this week. What did the playwright actually think of birthdays? Eric Jean tapped into his expertise as a graduate student in Concordia’s Department of English and a founding member of the Bard Brawl, a reading group that produces a Shakespeare-inspired podcast.

It’s Shakespeare’s 450th birthday — that means it's high time we all dusted off that copy of his Complete Works.

My guess is that the man himself wouldn’t have cared much for celebration. Birthdays aren't exactly cheerful occasions in his plays.

In Pericles, Simonides throws a huge jousting tournament and son-in-law-audition for his daughter Thaisa's birthday. In Twelfth Night, Viola and Sebastian remember that their father died on their 13th birthday. And in Julius Caesar, Cassius asks Pindarus to kill him on his birthday. As presents go, that seems like a bit of a bummer to me, but I guess it's what he really wanted.

But while Shakespeare may have given birthdays short shrift, birth itself was a big deal to the Bard. In fact, the circumstances of his characters’ births often play a crucial role in how their lives unfold.

What will you be when you grow up? Well, if you're Prince Hal, it’s King Henry V. No more “chimes at midnight” for you.

Born by C-section? Congratulations, Macduff! You'll kill Macbeth and restore the throne to the rightful kings of Scotland.

A man’s birth can also affect his dating skills, as Laertes cautions his sister Ophelia in Hamlet:

… but you must fear,
[Hamlet’s] greatness weigh'd, his will is not his own;
For he himself is subject to his birth:
He may not, as unvalued persons do,
Carve for himself; for on his choice depends
The safety and health of this whole state

If you’re a first-born son, you’ll inherit Daddy’s fortune, like Edgar in King Lear. No such luck for Edgar's illegitimate brother Edmund, as Edmund himself explains:

Thou, nature, art my goddess; to thy law
My services are bound. Wherefore should I
Stand in the plague of custom, and permit
The curiosity of nations to deprive me,
For that I am some twelve or fourteen moon-shines
Lag of a brother? Why bastard? wherefore base?
When my dimensions are as well compact,
My mind as generous, and my shape as true,
As honest madam's issue? Why brand they us
With base? with baseness? bastardy? base, base?
Who, in the lusty stealth of nature, take
More composition and fierce quality
Than doth, within a dull, stale, tired bed,
Go to the creating a whole tribe of fops,
Got 'tween asleep and wake? Well, then,
Legitimate Edgar, I must have your land:
Our father's love is to the bastard Edmund
As to the legitimate: fine word--legitimate!
Well, my legitimate, if this letter speed,
And my invention thrive, Edmund the base
Shall top the legitimate. I grow; I prosper:
Now, gods, stand up for bastards!

But what if you're just some kid from Stratford-upon-Avon who likes Ovid and has a penchant for iambic pentameter? You write your own script — birth be damned!

It certainly worked out for Shakespeare: 450 years later, he’s one of the world’s most recognizable and influential playwrights.

So happy birthday, Bard. You’ve earned your celebration, even if you’d rather ignore it.

Listen to the Bard Brawl’s podcast, and celebrate William Shakespeare’s birthday with a copy of ‘Zounds, a journal of Bard-inspired writing edited by Concordia graduates Eric Jean and Daniel J. Rowe.