University of Bologna and Concordia forge an ‘ideal partnership’

Agreement with the 900-year-old institution yields academic, linguistic and cultural opportunities for students and faculty
|
By Lucas Wisenthal 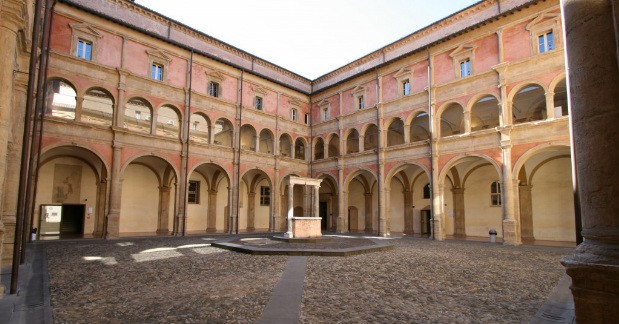 Matt Soar couldn’t wait to break the news to his students. From the 2014 fall term onwards, they’ll be able to take part in exchanges with the University of Bologna, in Bologna, Italy.

“It adds a whole new dimension to the educational experience,” says Soar, an associate professor in Communication Studies and his department’s undergraduate program director. “When these students study abroad, they’re not just going to take classes. They’re going to embed themselves in this particular culture.”

Concordia’s partnership with the 900-year-old Italian university didn’t materialize overnight. As Andrew Lang, interim director of Concordia International, explains, it was several years in the making.

Tha agreement, which was signed last autumn, “resulted from efforts among various people and departments here at the university to stimulate increased collaboration with Italy,” he says.

Lang and his colleagues sought a partner whose comprehensive teaching mandate mirrored Concordia’s. They were looking for an institution that could accommodate students from across the university, as well as more candidates from the Department of Classics, Modern Languages and Linguistics.

The partnership marks a milestone for Concordia. Established in 1088, the University of Bologna is recognized as the oldest continuously operating university.

“We’re one of the world’s youngest universities,” Lang says. “So to have recognition like this shows that we’re growing.”

In addition to offering Concordians another opportunity to study abroad, the new partnership — one of approximately 150 that the university maintains with institutions around the world — will also welcome international students to Montreal.

“It’s good to have a classroom full of people from various countries and backgrounds, with various experiences,” Lang says. “That diversity reflects the world our students will be entering after they graduate.”


Research and innovation on an international stage

Academics at Concordia will also benefit from the now-official relationship. Soar and others in the Department of Communication Studies have already begun to work with their overseas counterparts.

Soar was introduced to Elena Lamberti, a North American studies and communication studies professor at the University of Bologna, via Professor Kim Sawchuk, Concordia University Research Chair and director of the Mobile Media Lab.

Lamberti leads Performigrations, a project that explores European migration inside and outside of the EU. The initiative — which draws on cultural memories, information technologies and performative arts —features an interactive art installation that will tour seven cities in Canada and Europe.

“We are working on new ways to disseminate academic knowledge, because we think that, too often, it stays within the academic world,” Lamberti says. “Research in the humanities is important because it helps people better understand the complexity of today’s world.”

Soar, meanwhile, is working on the Korsakow System, a software application designed for non-linear storytelling. “The philosophy behind my software is that linear storytelling is a very reductive way to tell stories about cultures, especially ones that we’re not familiar with. So for making documentaries, for instance, working in a non-linear paradigm is a much more responsible and nuanced and effective means of telling a story.”

Soon, Soar and Sawchuk are travelling to the University of Bologna, where Soar will teach faculty, staff and students to use the application, and Sawchuk will introduce the Mobile Media Lab. “The partnership opens up all kinds of possibilities in terms of international collaboration,” says Soar.

Lang agrees. As he points out, although Concordia’s agreement with the university is less than a year old, it has already yielded a host of initiatives for students and faculty. And that, he says, is precisely its purpose.

“You couldn’t wish for a more ideal partnership.”

Are you a Concordia student? Find out how to study abroad.