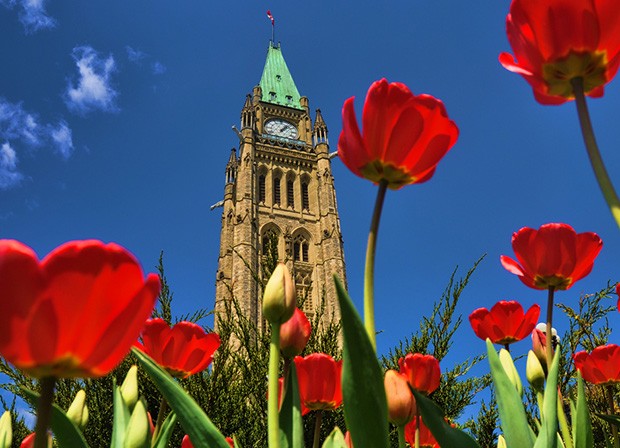 This year's Workshops on Social Science Research are being run by high-profile Canadian political representatives like Senator James Cowan. | Photo by beyond hue (Flickr Creative Commons)

This spring, those numbers have grown exponentially. The 2014 edition of the WSSR is featuring 35 different one- or two-day learning opportunities and six evening talks led by some of the biggest names in Canadian public policy and governance. The instructors include Senator James Cowan; Stockwell Day; Justice Murray Sinclair, chair of the Truth and Reconciliation Commission; and Dalton McGuinty, former premier of Ontario.

The summer workshop and speaker series runs from May 1 to July 17. Hosted by Concordia’s Department of Political Science, it is designed to offer students and members of the public a chance to learn from Canada’s leading politicians, research methodologists and policy experts.

According to series organizer Mebs Kanji, an associate professor of political science, the WSSR’s exponential growth has been fuelled by a desire to improve the overall offering. “We want it to be a program that can be evaluated rigorously for its substance and coverage, and one that students will see as having a lot of potential,” he says.

The prominent experts and political figures approached by the WSSR almost always agree to appear, provided their schedules allow it. “These people are privileged to serve in important roles in this country, and here is a chance for them to come and tell future generations about those experiences,” Kanji says. “They value the opportunity, which I think makes sense.”

Cowan, a senator of nine years, will discuss the uncertain state of Canada’s Senate at a workshop and evening talk on May 30. At a talk on June 4, as well as a workshop on June 5 and 6, Sinclair will speak about the findings of the Truth and Reconciliation Commission, the hearings for which concluded this past Sunday.

Day is exploring the “Politics of Natural Resource Extraction” on May 26 and 27; McGuinty’s one-day workshop, “Principled Leadership and Politics,” takes place on June 9.

Other invitees include Conservative Member of Parliament Michael Chong. On May 21, Chong will broach the subject of democratic reform, outlining the legislative changes he is currently proposing. New Democratic Party MP Hoang Mai — transport critic for the official opposition — will give an evening talk on May 22 about the political situation surrounding last summer’s train derailment in Lac-Mégantic, Quebec.

On May 1, less than a month after the ballots are counted in Quebec, the province’s Chief Electoral Officer Jacques Drouin will present a timely, one-day workshop in French about the task of managing the elections.

This year’s edition of the WSSR also features seven workshops on research methodology, including three offered in partnership with the University of Michigan-based Inter-university Consortium for Political and Social Research.

Also, for the first time, the WSSR is offering three workshops that will examine the challenges posed by Canada’s aging population, popularly known as the “grey tsunami”.

“We’re only just beginning to consider how we're going to deal with this from a public-policy perspective,” Kanji says.

Students at Concordia, and even those enrolled at other institutions, can take WSSR workshops for credit. The sessions and evening talks are also open to the public.

Kanji sees them as a chance to engage with some of Canada’s key decision makers.

“It’s a convenient, efficient and accessible opportunity to become a better citizen,” he says.