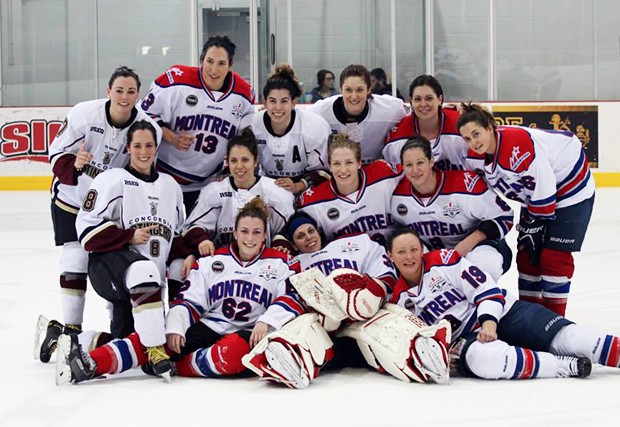 Caroline Ouellette (No. 13) and her winning team of Concordia Stingers and Montreal Stars.

The match-up was a chance for Concordians to celebrate the outstanding career of its most decorated Olympian — Ouellette was Team Canada’s captain at Sochi — and to promote its own women’s hockey program.

On the Loyola Campus, Ouellette led her team to a hard-fought 7-6 victory over Boivin’s men’s squad. She had two assists and four goals, including a game winner on the final buzzer.

Read more about Caroline Ouellette’s incredible career and her plans for the future. 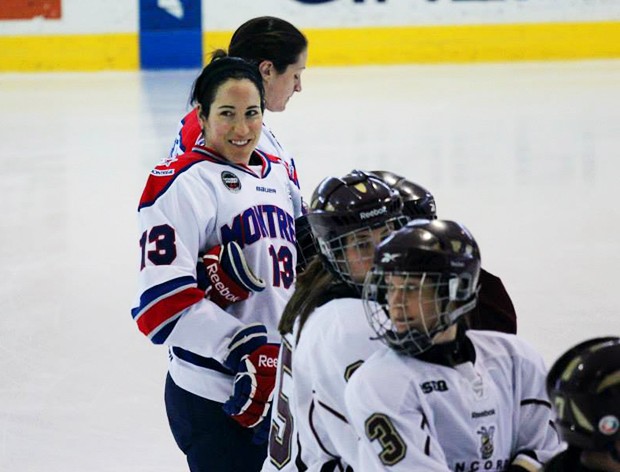 Ouellette moments before the puck drops. 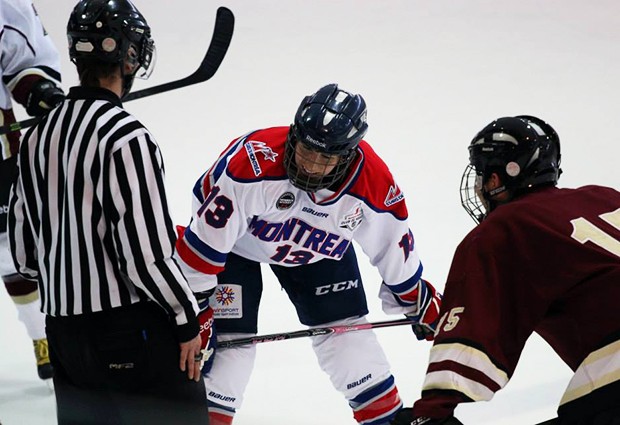 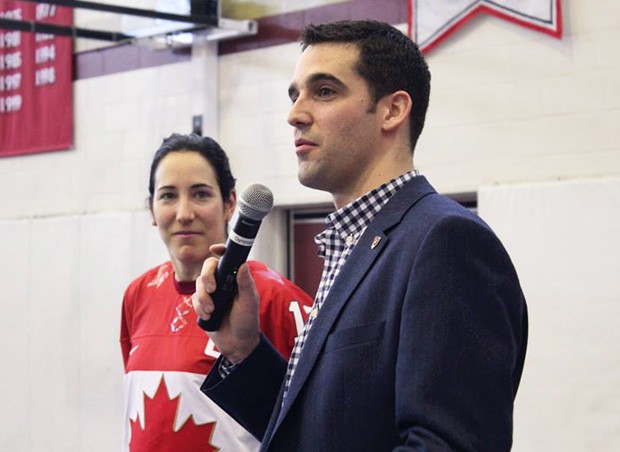 Ouellette and Athletic Director Patrick Boivin say a few words after the game. 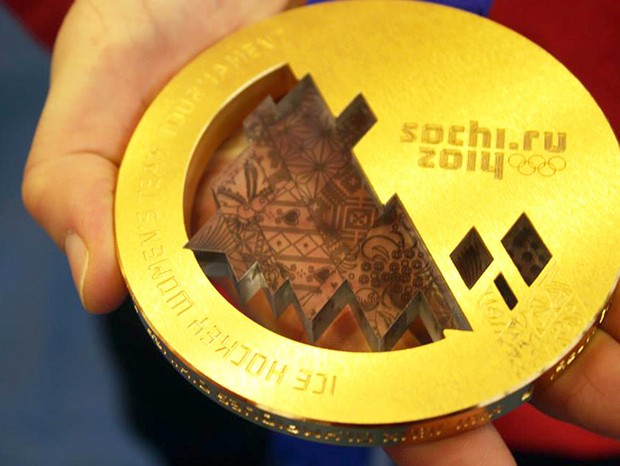