Concordia’s Academic Code of Conduct: what students need to know — and why

At exam time, something as simple as a forgotten cell phone can result in a failing grade
|
By Tom Peacock 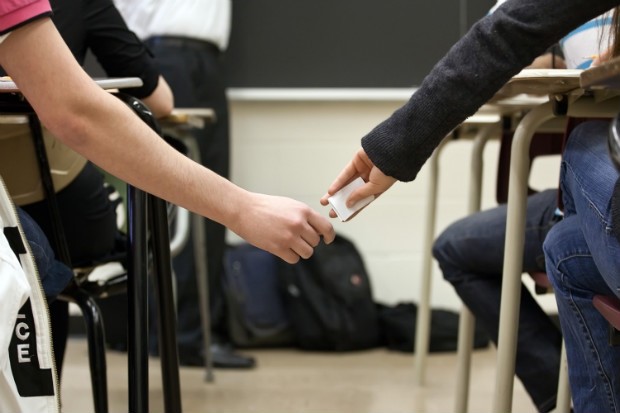 Cheating can take many forms — and may even happen unwittingly. | Photo by Concordia University

Failing to cite sources in a term paper, handing in the same assignment for two different classes, carrying your cell phone into an exam — all of these count as offences under Concordia’s Academic Code of Conduct, and the consequences can be serious.

With final assignments due and exams on the way, it’s more important than ever that students adhere to the university’s academic rules. And that begins with practising what Catherine Bolton, vice-provost of Teaching and Learning, calls due diligence.

“Maybe, because students are tired and stressed out, they don’t always do that final check to make sure what they’re doing is okay,” she says.

Exam offences: what not to do

Although an act may seem harmless, its potential outcome can be a major academic offence.

For instance, a student may tear a page out of an exam booklet.  “By doing that, you've destroyed the integrity of that examination,” Bolton says. “You may have written something on that page that somebody else could pick up and use later while writing a deferred exam.”

Other common exam-related offences include:

For more information, consult this list of Code of Conduct offences.

The consequences of an offence

A student who is charged with academic misconduct will be asked to explain his or her actions during an interview with a faculty code administrator.

If the charge is upheld, the student may — depending on its severity — receive anything from a letter of reprimand to a failing grade in a course. A second offence may lead to suspension or expulsion.

Why correct citations are non-negotiable

While the number of reported code infractions has been relatively stable in recent years, Bolton says that the rise of digital resources has made it more difficult for students to ensure that they’re not committing the most common academic offence: plagiarism.

In addition to books and journal articles, they must be able to cite websites, blog posts and even chats. “You have to know so much that it's a lot easier to make a mistake,” Bolton says.

Because of this, she adds, professors must clearly outline their expectations to students, and students must take the time to learn what’s expected of them — and to familiarize themselves with the Academic Code of Conduct.

“Ask somebody beforehand. Send an email to your professor saying, ‘Is it okay if I do it this way?’”

What’s next for academic integrity at Concordia

Bolton served as code administrator for the Faculty of Arts and Science for four years.

Recently, she and her successor Mebs Kanji, an associate professor in the Department of Political Science, began working on a research project to determine the main reasons why students at Concordia violate the Academic Code of Conduct.

“We want to find out what's going on now across the university so that we can put in place an awareness campaign that's really going to help,” Bolton says.

Find out “The 7 secrets to acing an exam.”