Can biodiversity save our cities? 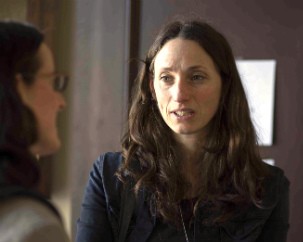 David Lank, program coordinator with the John Molson School of Business’ David O’Brien Centre for Sustainable Enterprise, was among the attendees. This is what he had to say about the event.

I came into the Partnerships for the Living City: Promoting Urban Biodiversity conference with a different frame of mind than I would have a couple of years ago. I am now a parent of two young children. An unforeseen benefit of parenthood is that you become a little less self-absorbed. You focus on your kids’ needs and wonder what the future will be like for them on this planet. This conference taught me that city living will be a very different experience for them as they grow up.

The LSRC counts 25 researchers from 12 departments among its ranks; these investigators focus on issues like biodiversity conservation, climate-change mitigation and more.

Cities currently occupy two per cent of the planet, yet use 75 per cent of its natural resources.

According to the United Nations, by 2050 the global urban population is expected to double, with 60 per cent of people living in urban areas. 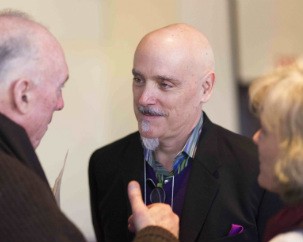 David Maddox, founder and editor of the Nature of Cities, fields questions from conference attendees about biodiversity in Manhattan, his hometown.

What can a city like Montreal learn from these startling facts, and what role can urban biodiversity play in keeping it livable? Here are five things I learned at the conference.

5 facts everyone should know about urban biodiversity

1. It’s about more than planting trees

Plant life and nature in a city play a crucial role in the things that affect us most: the availability and quality of water, food security and our ability to control diseases, among other issues. As our urban populations swell, green-minded objectives will need to inform all urban planning.

There is a direct correlation between a city’s air quality and rates of cardiovascular disease among its residents. Trees and plants filter the air, making for less pollution and reduced incidence of heart disease. 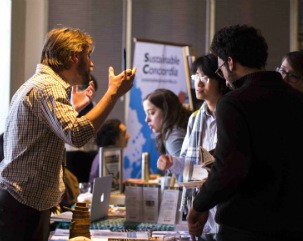 A representative from Sierra Club Canada talks about his organization during the research and trade fair.

3. Urban biodiversity is not the responsibility of a city’s government alone

Citizens need to take responsibility for their surroundings. Montreal’s Plateau-Mont-Royal borough has one of the highest population densities in North America — it’s comparable to that of Brooklyn, N.Y.

The area’s residents have a serious green streak. As Marianne Giguère, the borough councillor for the De Lorimier district, told the audience, “People in the Plateau live in their alleyways. They remove asphalt and concrete to plant flowers, and cover their fences in vines.”

She also noted that earth and trees are less expensive than concrete — another good reason to keep neighbourhoods green.

4. Children need to play in nature

In cities, children have an emotional attachment to nature. Laura Shillington, a lecturer in the Department of Geography, Planning and Environment whose research interests include nature-society theory, told the crowd that parents often restrict how their children experience nature, allowing them to do so in places like parks.

While those sorts of areas are great, kids need to get to know nature on their own terms. “What about the sides of buildings covered in vines, which are home to birds and insects?” she said. “That is nature.” 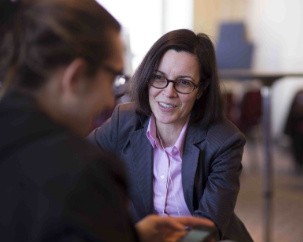 Katja Neves, associate professor of Sociology of the Environment and Social Sustainability at Concordia, talks biodiversity in Montreal with a student.

5. Cities are centres of creativity — and solutions

Cities have always been our creative centres. What can you do to make your city greener? There’s a term for it: eco-citizenry.

Try guerrilla gardening in unused spaces around trees on sidewalks. Start or join an urban garden, and share your love of fresh food with family and friends. Rethink your surroundings. For example, cemeteries in cities are vast, open green spaces. Could they be designed in a way that promotes biodiversity?

Ultimately, we have to ask ourselves: what kind of world do we want to live in? What are we leaving for our children to inherit? Huge hurdles and incredible opportunities lie ahead for cities like Montreal.

But biodiversity isn’t a challenge — it’s part of the solution.