‘This is where I see myself in the future’

In anticipation of National Co-operative Education Week, Concordia students share their stories about the search for a perfect job
|
By Tom Peacock 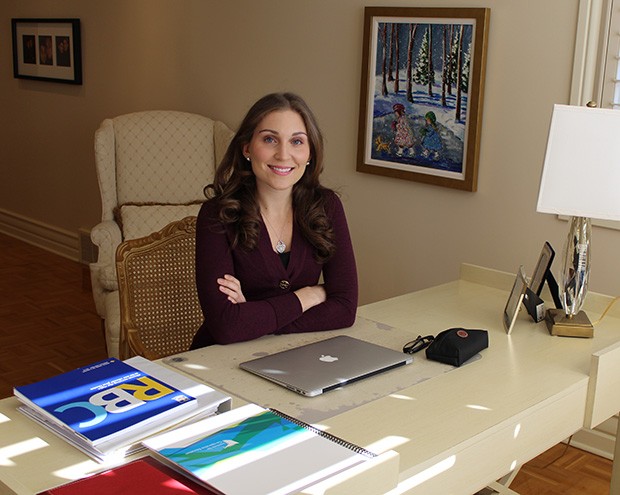 Co-op student Christina Christou: “I felt an immediate fit with the company's culture.” | All photos courtesy of the subjects

March 17-21 is National Co-operative Education Week. To mark the occasion, we present the success stories of three Concordia Co-op students.

Christina Christou: ‘You really have to think on your feet’

When Christina Christou, an undergraduate in finance at the John Molson School of Business (JMSB), reported for her first Co-op work term — a teller position at the Royal Bank of Canada (RBC) — she knew she’d made a good choice.

“I felt an immediate fit with the company's culture and employees,” she says. “I loved working at the branch level, and meeting with clients. When my first work term ended, I said to myself, this is where I see myself in the future. I definitely wanted to go back and strengthen that relationship.”

Concordia’s Institute for Co-operative Education has been offering experiential learning opportunities to students since 1980. Most Co-op programs require that students undertake three paid work terms with partner employers in the course of obtaining their degree.

There are currently more than 1,400 Concordia students enrolled in about 40 undergraduate (including four new ones) and four graduate programs across all four academic faculties.

Christou will return to RBC’s main Montreal branch in Place Ville Marie for a third and final work term this summer. By September, she expects to have completed the second part of her training to become a certified account manager.

“At the beginning it was kind of intimidating, because you’re actually meeting with clients,” Christou says of her early experiences training as an account manager at RBC. “You really have to think on your feet and try to help them as best as you can with their money. Fortunately, I had my mentor there to guide me in the right direction.”

When she completes the summer training program after graduation, Christou is eager to embark on the career path she has already mapped out for herself. “I see myself going back as an account manager, and then as a financial planner, and finally going into private banking.” (Private banking is wealth management for clients with sizable assets.)

When asked about Co-op by her fellow JMSB students, Christou says she invariably stresses how important it was for her. “Co-op gives you three opportunities to figure out what you want to do — what kind of work and what company you want to work for,” she says. “It absolutely bridges theory and practice.” 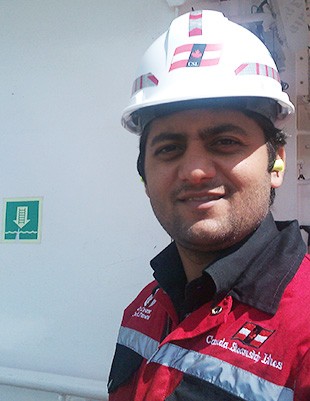 Prior to arriving at Concordia as a graduate student in mechanical engineering, Nimroj Maknojiya had already amassed a wealth of engineering experience in his native India, where he designed and developed industrial gearboxes. Even so, Maknojiya wanted more.

“One of the top reasons that I applied to Concordia was because of the Co-op program,” he says.

Maknojiya signed on for Industrial Experience, an alternative experiential learning option offered through the Institute for Co-operative Education to students in Engineering and Computer Science that requires them to complete only one work term during the summer.

Canada Steamship Lines (CSL), which operates 23 ships on the Saint Lawrence Seaway, hired Maknojiya to help with upgrades to their engine performance and analysis systems.

“I told the company that with my professional experience I would be able to update all the systems on my own, and wouldn’t need help from an external supplier,” he says, estimating that he was able to save CSL around $50,000 with that project alone.

As it turns out, those systems were just the beginning. CSL was also planning to replace the 12 gearboxes on each of their ships. Their timing couldn’t have been better: Maknojiya asked if he could lend a hand, since he already had related professional experience.

Maknojiya launched a thorough analysis of the marketplace. “I contacted about seven gearbox manufacturers and arranged 27 meetings in all. Ultimately I found a manufacturer called SEW Eurodrive, which is one of the best in the world.”

In August, CSL released a purchase order for the new gearboxes. Maknojiya calculates that the deal with SEW Eurodrive saved more than half a million dollars. “My responsibility was to select a particular size of gearbox that would not compromise performance, and would achieve better efficiency. I was able to find a better deal.”

CSL awarded Maknojiya a $7,000 Financial Sponsorship Award for Outstanding Achievement. It also offered him a full-time job. Currently he is working for the company part-time while finishing his studies.

“This was only possible because of Co-op,” he says. “Without it, there would be no success story.” 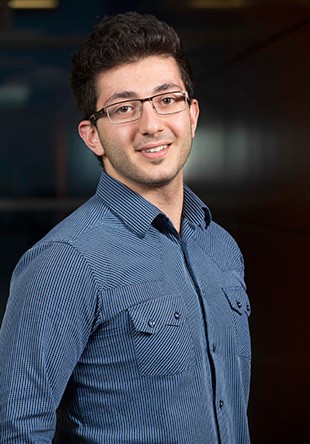 Greg Hrag Kozadjian: The business behind the science

To say that Greg Hrag Kozadjian is keen on Co-op would be an understatement. The biochemistry student, who recently won a prestigious undergraduate award from the American Chemical Society, has completed four work terms and signed up for a fifth this summer — even though the required amount is only four for Chemistry and Biochemistry students.

“I wanted to see what my field had to offer, the different types of positions,” he says. “That’s what Co-op does: it helps you find job postings in different aspects of your industry.”

For his fourth and final work term, Kozadjian took a posting as a spectroscopy inside sales representative with Agilent Technologies.

Kozadjian realized that while, as a scientist, he’s passionate about research, he doesn’t want to spend his days in the lab. He’s a people person who needs to be out in the world. The sales position with Agilent Technologies struck the perfect balance.

“I figured out that I get to talk to different scientists about their projects, and try to help them when I can with what the company can offer. That’s what I really liked.”

Has Kozadjian decided that this is his career of choice? “I would say I have a pretty darn good orientation in what I want to do,” he says.

National Co-op Student of the Year

The award recognizes job achievement, academic achievement and contribution to co-operative education and extra-curricular activities at school and in the community. The winners of the national competition will be announced later this week on the association’s website.