Are our cities in danger? 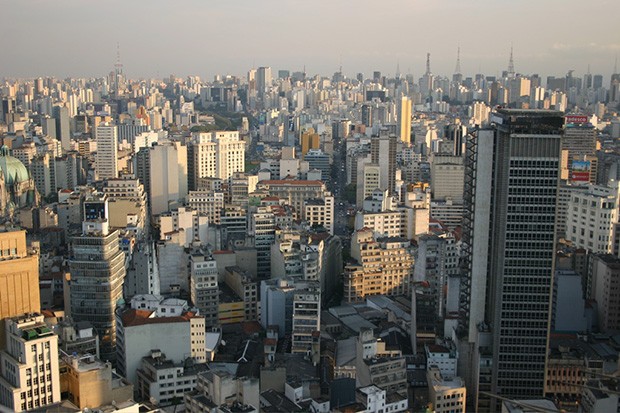 Urban concerns: Sao Paulo's population is almost two-thirds that of Canada. A Brazilian representative is participating in Partnerships for the Living City at Concordia. | Photo by Thomas Locke Hobbs, courtesy of Flickr Creative Commons

More than half of of the world’s population now lives in an urban environment. And, according to the World Health Organization, by 2050 the number of city-dwellers could reach 6.4 billion — double what it is today.

Those figures raise critical concerns for our future. On March 7, the Loyola Sustainability Research Centre (LSRC) at Concordia is hosting Partnerships for the Living City: Promoting Urban Biodiversity, a conference that brings together researchers, policy-makers, urban planners and community members to look at the myriad environmental challenges facing our rapidly growing metropolises.

“If we don't deal with the city, then we're not dealing with our current reality,” says Peter Stoett, a professor in the Department of Political Science and director of the LSRC. “Cities face numerous crises, and they all revolve around sustainability.”

As a result, he says, a series of unsettling questions arise. “How do we build more urban infrastructure in a way that doesn't challenge the ability of future generations to provide for themselves? And how do we limit the ecological footprint of the city?”

The day-long conference will address these uncertainties, as well as showcasing the LRSC’s research on biodiversity conservation and climate change. Stoett also sees Partnerships for the Living City as an opportunity for the centre — which was founded in 2012 — to reach out to the community around it.

“Concordia is part of a vibrant community of scholars, students and citizens who are really engaged in questions surrounding urban green spaces,” he says. “I’m really hoping we can attract members of the community that are interested in these issues — people looking for a chance to network and promote the long-term sustainability of our university and our own city.”

Stoett has also reached out to his contacts at the Montreal-based secretariat of the United Nations Convention on Biological Diversity (CBD). The CBD secured the involvement of Luis Eduardo Peres Damasceno, director of Participation and Promotion of Public Policy in the Sao Paulo Municipal Secretariat of Green Areas and the Environment in Brazil.

Damasceno joins a panel of Montreal borough mayors and Réal Ménard, a member of the City of Montreal’s executive committee, to discuss lessons learned locally, in Sao Paulo and elsewhere.

Braulio F. de Souza Dias, executive director of the CBD secretariat, will also speak at Partnerships for the Living City. And later in the day, the conference will showcase non-governmental organizations that work in areas related to sustainability and biodiversity. Holly Dressel, a journalist and researcher who has co-written three books with David Suzuki, will present the closing keynote address.

The outlook may be grim for many of the world’s cities, Stoett says, but they still have the potential to become viable ecosystems that can support future generations.

“It's not all doom and gloom,” he says. “There's good stuff going on, and universities are playing a leadership role in it.”

A gala dinner (by invite only) featuring “Urban Biodiversity: Beyond the City Borders,” a keynote address by Holly Dressel, will take place from 5 to 8:30 p.m. at the Goodwin Institute Dining Hall in the John Molson School of Business (MB) Building (1450 Guy St.) on the Sir George Williams Campus. The keynote will be followed by a book signing.