'One of the best-run events on the circuit'

No fewer than 48 schools applied for Concordia’s undergraduate business case competition. Here’s why
|
By Yuri Mytko 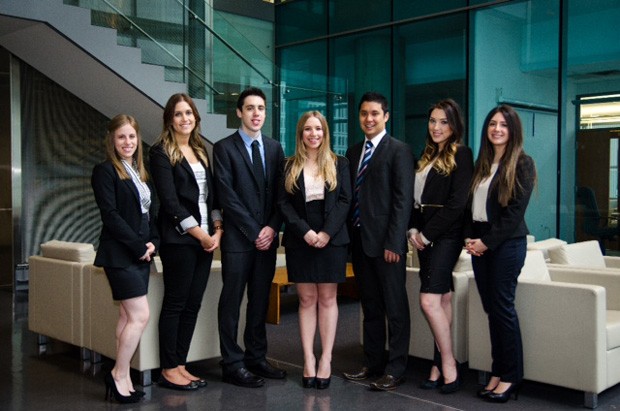 The biggest international undergraduate business case competition is about to get bigger.

From Sunday, February 16 to Saturday, February 22, students from 24 of the world’s top business schools will take part in the sixth annual John Molson Undergraduate Case Competition (JMUCC). But the overwhelming number of applications convinced the event’s student organizers to add four more entrants to next year’s field, bringing the number of participating schools to 28.

“We had 48 schools apply,” says Bianca Bertoia, a marketing student and the competition’s head organizer. “It’s getting more and more difficult to select the participants because we’re getting so many good applicants.”

The reason for the interest is simple, according to Bertoia. “JMUCC is considered a major in that it is a qualifier for the Champions Trophy at the University of Auckland Business School, in New Zealand — the Olympics of the case competition scene.”

The Concordia competition is unique in that it shuns the use of purchased, hypothetical business cases in favour of live case presentations: real cases about real issues that actual companies are facing right now.

These presentations are judged by members of the local business community, offering the participants a rare opportunity to receive feedback from professionals.

In addition to the nine Canadian business schools sending delegations to the 2014 competition, four American universities and 11 more from outside of North America will also be represented.

“This is truly an extraordinary experience for all students involved — the participants, the volunteers and the organizers,” says Steve Harvey, dean of JMSB. “They have an opportunity to connect with one another, as well as with sponsors and with the industry professionals that are involved in the competition. It is one of the signature events of the year at our JMSB.”

The quartet will be coached by Mark Haber, advisor to the competition program. So far this season, JMSB teams have won three competitions and reached the podium 33 times — including at a second-place in the Champions Trophy Case Competition in Auckland, New Zealand earlier this year. Haber hopes JMSB’s success continues.

“I adore this competition,” he says. “It really is one of the best-run events on the circuit.”