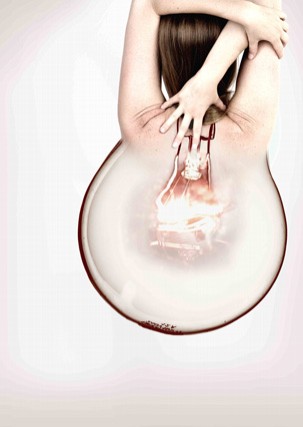 Tonight We Play “A Soggetto” depicts theatre within theatre.

Alessandro Mercurio is clearly excited about the production of Tonight We Play “A Soggetto” he’s directing at Concordia. Equally obvious is the fact that a lot of care has gone into every aspect of the Department of Theatre’s show.

“The script is a text that you have to change every time you work on it,” he says. “It’s very linked to the present moment. You have to understand who you are, who your audience is and what kind of society will see this show.”

Tonight We Play “A Soggetto” — or, in Italian, Questa sera si recita a soggetto — opens on opens on Wednesday, February 12 at the F.C. Smith Auditorium. It is the final part of Nobel Prize-winning writer Luigi Pirandello’s “theatre within the theatre” trilogy.

Written in 1928, it’s a piece Montreal-based actor-director Mercurio knows well. As a student at La Scuola D'Arte Drammatica Paolo Grassi in Milan, he worked on the play with Massimo Castri, one of Italy’s foremost Pirandello scholars.

“It tells the story of a company that is putting on a play,” Mercurio says. Because of that, “Every actor has to create two characters: the actor in the play and that actor’s character.”

With this production, “I wanted to celebrate theatre not only as an art, but as a physical space,” he says.

The results are striking. In the show, the actors are always visible to the audience and to each other; their costumes are translucent, and there is a transparent curtain that hides nothing behind it. At the same time, each scene in the play pays tribute to a different theatrical tradition, including Italian commedia dell’arte, German Expressionist theatre and Indian shadow puppetry.

Mercurio nods to the latter during Tonight We Play’s opera house scene. Instead of emphasizing the extravagance of opera, he portrays it by way of a miniature puppet theatre through which larger shadows are cast. The idea, he says, was to let the audience experience something grand through something small.

The director also hopes to take full advantage of this production’s venue, the F.C. Smith Auditorium. “The whole space is used,” Mercurio says, because that in itself speaks to one of the play’s main themes. “Theatre is the main character.”

For reservations, email tickets.finearts@concordia.ca by Thursday, February 13 at 12 p.m. Please include your name and phone number, along with the quantity you require, and the date and time of the performance you would like to see. Tickets will also be available at the door.

Read more about Tonight We Play “A Soggetto.”