The inside scoop on the January 25 auditions
|
By Salima Punjani 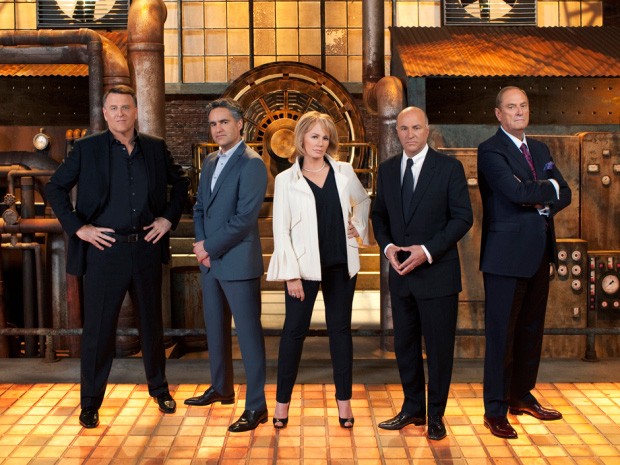 When I walked into the Molson Building on January 25 to cover a local audition for Dragons’ Den — the CBC series that invites entrepreneurs to pitch their ideas to investors — I did not expect to be greeted by a 10-foot snake and a hairy tarantula.

“She’s a sweetie,” said Pat Fallon, who brings wildlife to children’s birthday parties, as he cozied up to his Burmese python Sssara.

“I love Canada, but there aren’t many dangerous animals here,” he said.  “Beavers and moose don’t cut it. Kids want to see snakes and spiders and scorpions and things that could kill you if they attack you. So we want to travel around the world and film cool animals.”

Fallon was among more than 30 Montreal entrepreneurs who tried to sell their ideas in 10 minutes or less to the three Dragons’ Den producers. While some pitches were clear winners, others weren’t quite ready for prime time.

According to Richard Maerov, an associate producer, it’s all a matter of salesmanship. “Don’t be boring. You can have the most amazing business in the world that makes millions of dollars in revenue, but if you can’t sell it with passion, we’re going to fall asleep,” he said.

Competition is fierce. The producers travel across the country and evaluate approximately 3,000 pitches before they choose the 250 projects that will make it on air.

On Saturday, the business ideas I saw ranged from real estate firms to therapeutic DVDs. The producers scrutinized each presentation, looking first and foremost for entertainment value.

“Obviously, we care about what the business is and its potential for success, but we’re not business experts,” Maerov said. “We’re TV producers. We leave the analysis of the business prospects to the Dragons.” 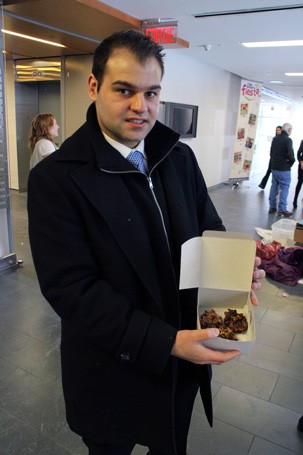 Among those making a case was John Molson School of Business student Antoine Zammit, founder of the gluten-free cookie company Les Bizzcuits Zammit.

“Would you call yourself a cookie monster?” associate producer Priscilla Sreedharan asked.

Zammit wasn’t prepared for the question. “It took me off guard,” he said afterwards. “No one’s ever asked me that, but I answered as professionally as possible, with a smile.”

He hopes the Dragons will partner with him to bring his mother’s cookies to market. But it will be a couple of weeks before he — and the others — hear from the show’s producers.

Fallon, the animal enthusiast, is optimistic. But even if he isn’t chosen for the show, he’ll press forward with his plan.

“I think if you find a job you love, you won’t have to work a day in your life,” he said. “This is my passion, and I’m hoping for the best.”

The Dragons’ Den returns to Montreal for another round of auditions on Saturday, February 15 from 10 a.m. to 5 p.m. at the John Molson School of Business (MB) Building (1450 Guy St.) on the Sir George Williams Campus.

Learn about some of Concordia’s student-run start-ups.