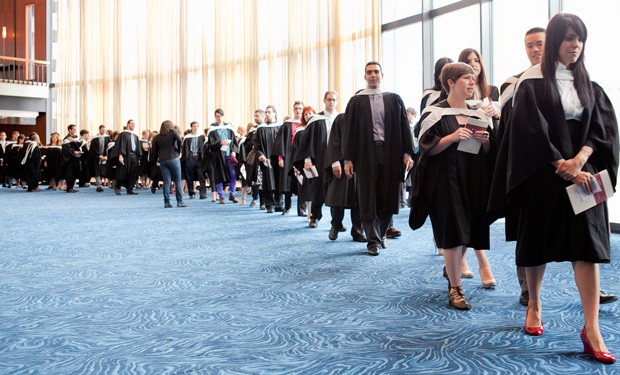 Concordia’s results are in line with the national average for Canadian universities. | Photo by Concordia University

Concordia University’s graduation rate has held steady for the past decade at around 75 per cent for full-time undergraduate students. Concordia’s results are in line with the national average for Canadian universities, and slightly above average in the comprehensive university category.

“We are doing well and are looking at ways to do even better,” says Provost and Vice-President, Academic Affairs, Benoit-Antoine Bacon. “As part of our Academic Plan we are implementing new initiatives in order to offer optimal support to our students as they work towards their degree.”

According to Bacon, one of the challenges all universities face is the adjustment to university-level mathematics and writing. While Concordia has been providing writing and math support for many years, the university now plans to expand these services and incorporate them into a larger student success centre that would offer a wider range of resources.

Concordia’s graduation rate is commendable considering a significant proportion of its population is comprised of first-generation students; in other words, students who are the first in their family to attend university. Coming from an environment in which higher education is not a household reality can pose particular challenges, Bacon says.

The university’s success rate was brought into question following the publication of an article in La Presse on January 3 that erroneously claimed the graduation rate had fallen dramatically.This was the result of an error in interpreting the data provided to the newspaper.

La Presse immediately acknowledged the error, and printed a formal apology and a follow-up story on January 7.