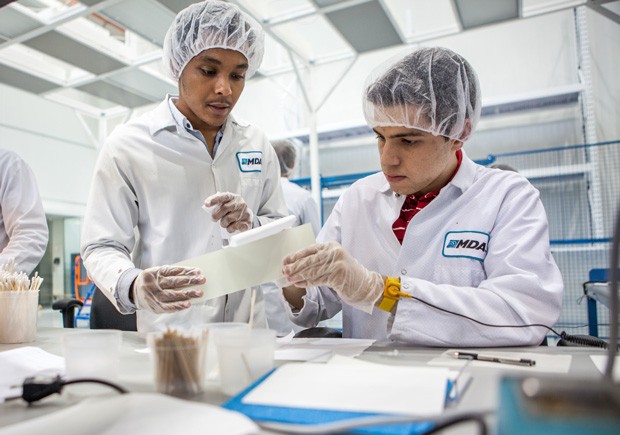 Few Canadian universities have built one satellite; Space Concordia is currently working on its second. And this weekend, the project crossed a major threshold when it met a fundraising goal of $15,000.

An internet crowdsourcing campaign on Kickstarter — the “world's largest funding platform for creative projects” — picked up $15,426 from 218 donors. It was an exciting finish: $12,000 was raised in the last 15 days before the November 30 deadline.

“The fact that we got so much support not only from Montreal or even Canada, but from all over the world, is amazing,” said team leader Mehdi Sabzalian in a note to supporters on December 1.

Among others, Sabzalian thanked Marc Garneau, MP for Westmount-Ville Marie and Canada’s first astronaut in space, and a benefactor named Nick from Votkinsk, Russia, who gave the team “the big boost to get to the finish line.” Space Concordia’s efforts received attention from numerous media outlets, including the CBC, Ottawa Citizen, Montreal Gazette, City TV’s “Breakfast Television” and CJAD radio.

The $15,426 in funding will help buy vital components for Concordia’s satellite. “ConSat-2” is entered in the Canadian Satellite Design Challenge, a national competition among universities. It requires resources such as solar cells (for power) and a transceiver so it can communicate with ground control from space.

In 2012, Space Concordia’s ConSat-1 team won the first Canadian Satellite Design Challenge. The ConSat-2 team, which is made up of mechanical, electrical, computer and software engineering students, hopes to continue the winning tradition: their motto is Ad astra per doctrinam, or “to the stars through teaching.”