Montreal: the best city in Canada for students 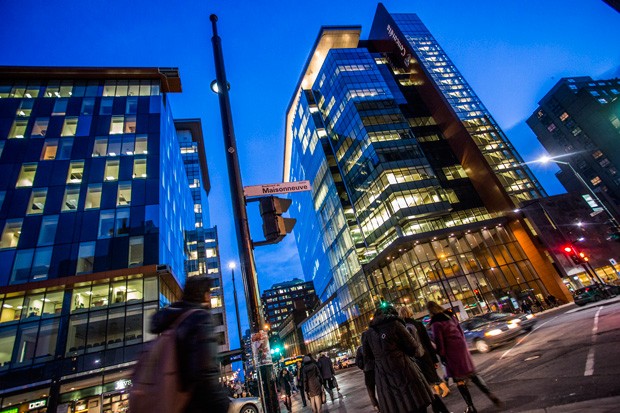 Montreal is one of the 10 best cities in the world for students, according to a new international ranking by Quacquarelli Symonds (QS). Concordia’s hometown came first in Canada, second in North America, and ninth overall, after Paris, London, Singapore, Sydney, Zurich, Melbourne, Hong Kong and Boston.

“It’s exciting. It validates what we’ve been hearing from students,” says Matt Stiegemeyer, the university’s director of student recruitment in Student and Enrolment Services.

The 2013 Best Student Cities list looked at factors including affordability, employers’ perception of the quality of graduates and “student mix.”

QS — which also compiles the sought-after World University Rankings — gave Montreal the highest marks for “student mix.” The category was calculated in part by the ratio of students to the total population; Montreal has the highest number of university students per capita of any city in North America. It also got points for its proportion of international students.

“One of the things Concordia values is the diverse student population,” says Stiegemeyer. “It is one of the draws. If you’re looking to come to a place and really encounter new things, new people, new ideas, Montreal is a wonderful place for that.”

Caterina Monda, vice-president of cultural affairs for the university’s International Students Association, says Montreal’s “mix” has made an impression on her, too.

“It’s a very young city. When I walk downtown, everyone’s a student. And just walking down the street, you hear someone speaking Arabic, French, Chinese … It’s not standing still, this city. Students who come here are always blown away.”

Bradley Tucker, associate vice-president of Student and Enrolment Services, says Concordia is especially strong at capitalizing on the educational opportunities represented by a diverse student population.

“Our students get to come into contact with, and understand, people with very different backgrounds,” say Tucker. “In a classroom, we’ll have people who are looking at problems in very different ways — each of them enriching the thoughts of the others.”

Concordia students thrive in Montreal, says Monda. “The city is very unique, and the people they meet here are also very unique. It’s interesting to see them really bond. You won’t find that in other places.”