The Mexican actor talks about movies, politics — and what it's like to play a Concordia grad
|
By Tom Peacock 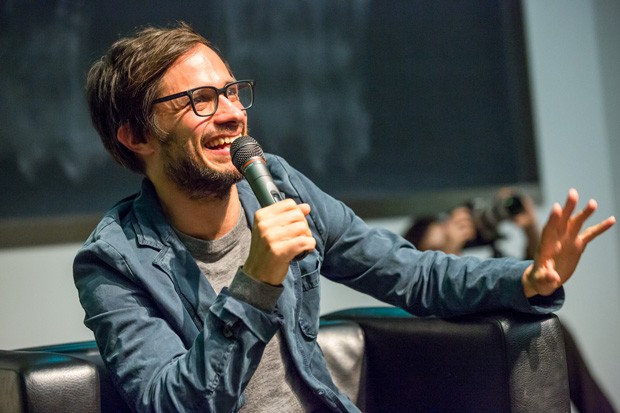 When your audience doesn’t “get” your film, there’s only one thing to do: find a new audience.

“If you say ‘I love you, I love you’ to a person and they’re not reacting to you, well then you should just tell it to another person,” said Gael García Bernal, an actor, director and producer whose more than 30 features include Amores Perros, The Motorcycle Diaries, Babel and, most recently, Jon Stewart’s directorial debut Rosewater.

The theme of the evening was “Social Change Through Documentary,” but when the Mexican star addressed a sold-out crowd at Concordia’s BMO Amphitheatre on November 22, he delivered a wealth of anecdotes and insight.

García Bernal spoke at the university as a guest of the Concordia Student Union; he was also visiting Montreal for the first time to present Who is Dayani Cristal?, a documentary about illegal immigrants, at the Montreal International Documentary Festival. The subjects of the nearly two-hour-long presentation at Concordia ranged from childhood memories (he was kicked out of the school choir) to his commitment to Ambulante, the non-profit travelling documentary festival García Bernal co-founded with Diego Luna and Pablo Cruz.

While describing the “alchemy” that happens politically when the right film is shown at the right time — he cited The Crime of Father Amaro (2002), which became the most popular film ever screened in Mexico after Catholic groups tried to suppress it — García Bernal also took a practical view. “Good films don’t have a desired effect. Good films are just catalysts that are put there, and who knows what the audience is going to take away from them?”

He also revealed a deep love for his chosen art form: “Acting is a transcendental experience,” he said. “Through theatre, I found my freedom.”

Earlier this year, García Bernal shot Rosewater (2014), in which he plays Newsweek journalist Maziar Bahari. Bahari, a Concordia graduate, was imprisoned and tortured for 118 days in his native Iran.

“It was the most incredible filming adventure I’ve ever put myself into,” he said. “Maziar is an incredible person.” 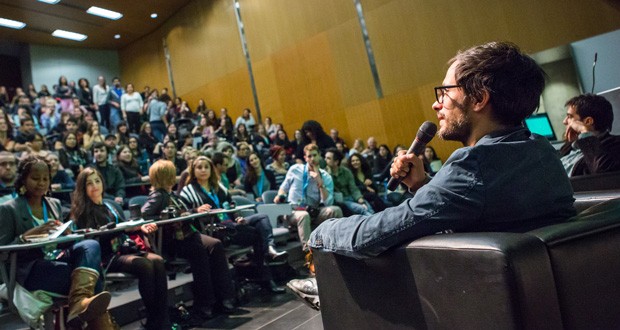 Maziar Bahari is the latest in a list of roles that includes Argentine Marxist revolutionary Che Guevera.

Moderator Ricardo Giraldo asked García Bernal to “define” himself through five of the characters he played. This was his answer:

“I put myself out there thinking, ‘Okay this is my identity.’ This is what I thought at that time. Octavio was breaking the mould … and by breaking this mould, he was making an identity for himself. Finally, he was growing up in a way.”

“Because that's who I am. That character's the one that I am most like. And I miss him, in a way. Sometimes I think, ‘What would Julio Zapata and Tenoche Iturbide [Diego Luna] be doing right now? Where would they be? Would they be friends? Would they see each other again? Who knows? Maybe there needs to be Y Tu Mamá También ... También [And Your Mother, Too … Two].”

“Because it allowed me to feel that my house and my home was bigger — that my world was bigger. That where I could go, that everywhere I went to, I could make my own. And that idealism is a great pathway to possibilities.”

3. Stéphane Miroux
The Science of Sleep, 2006, directed by Michel Gondry

“It’s a game, so I want to treat it as a game — but seriously, of course, like all good games should be played.”

“Because it was the first time, properly, that I played a father. And I'm a father now.

“There’s the critical aspect of the character as well ... Politics can be incredibly hard, and incredibly murky … and you can come out incredibly burned. This character finds his way around it.

“How do we reconstruct politics so that they can become something different than what the establishment thinks they should be? How can we transform them?”