President calls for a renaissance for Montreal 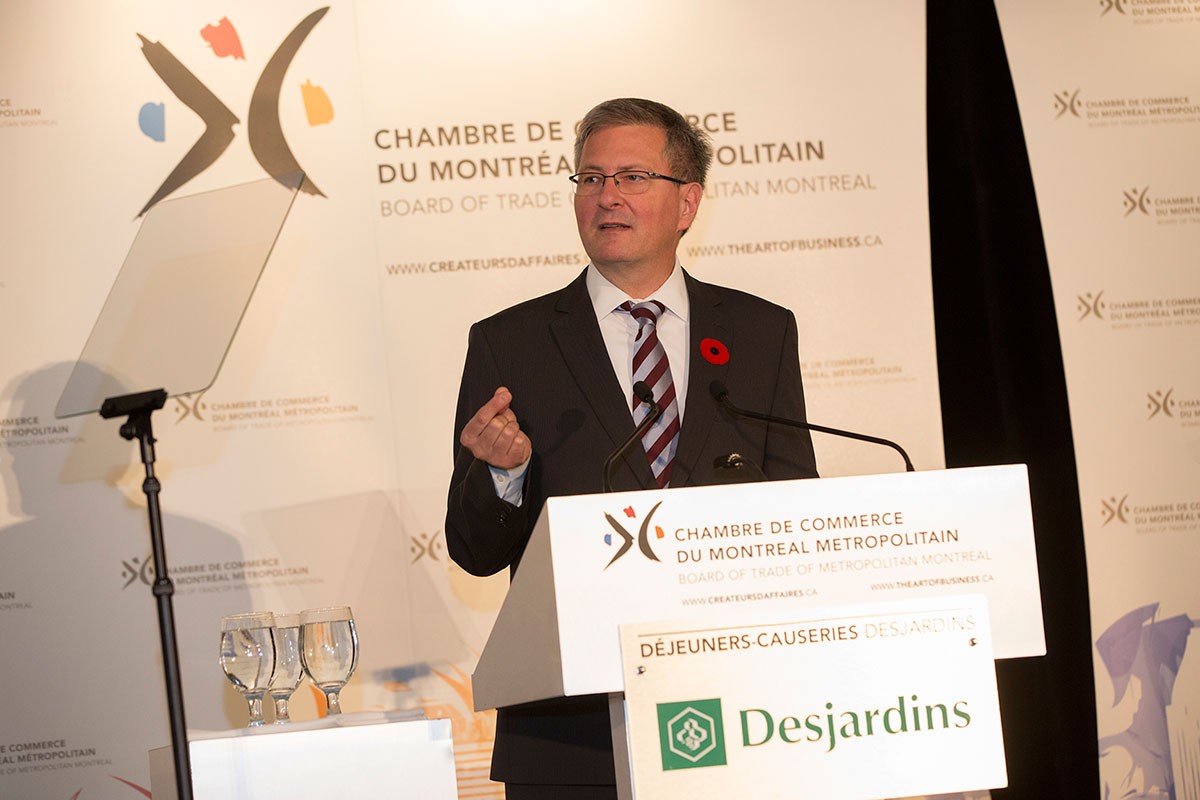 It was a full house. Close to 600 packed the grand ballroom of Le Centre Sheraton Hotel on November 8 to hear Concordia President Alan Shepard address the Board of Trade of Metropolitan Montreal.

In his introduction, the board’s president, Michel Leblanc, spoke glowingly of Concordia’s importance in Montreal. He also referred to Shepard as “le grand vendeur” as the event sold-out in record time.

Following the presentation of a video highlighting the strengths of the university, Shepard addressed the audience of political dignitaries, including Montreal’s mayor-elect Denis Coderre, business leaders and representatives from all four Montreal universities. 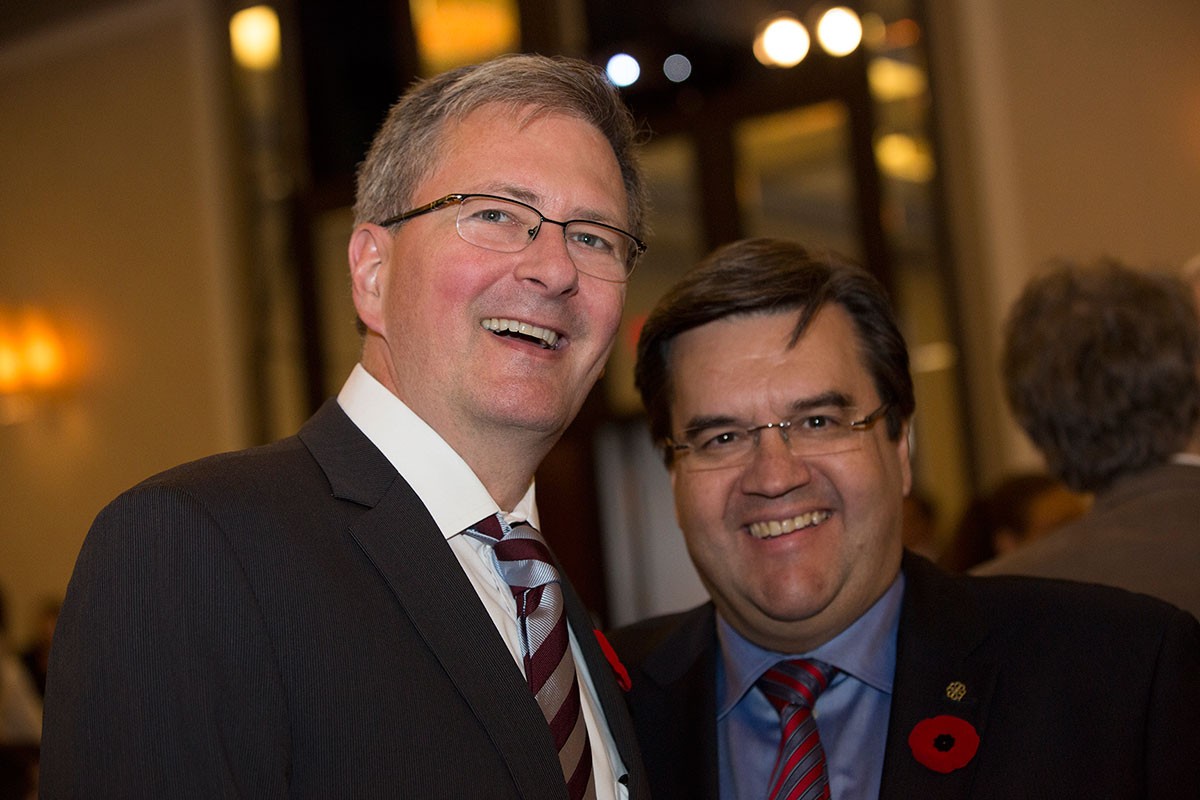 He called for the creation of a network of start-up zones. These incubators would bring companies and NGOs together with students, who would bring their own ideas and contribute to the projects of others. He challenged those present to be ambitious and create 100 of them, with 200 people attached to each zone, for the engagement of some 20,000 undergraduate and graduate students. That would be about 10 per cent of the total population of students in Montreal.

“It is said that Montreal already has a start-up culture. That’s true but that network is less visible than our potholes or aging bridges,” said Shepard. “Around the world and closer to home, we need to promote the city as a place of great new ideas, leading research and creativity.”

His second proposal called for supporting start-up zones with new tax credits. He cited the example of Start-Up New York. This recently launched initiative allows businesses that set up shop on or near a university campus and support a school’s academic mission to pay no corporate, property or sales taxes for 10 years. And to attract the brightest minds, employees will pay no income tax for the first five years and reduced taxes for the next five.

Finally, he called on Quebecers to create something big to leverage our talent and infrastructure. “Let’s invent new programs that create opportunities for us to mix it up, make something new, solve problems together, venture beyond the known and the familiar.”

Watch the video of President Shepard’s presentation to the Board of Trade: