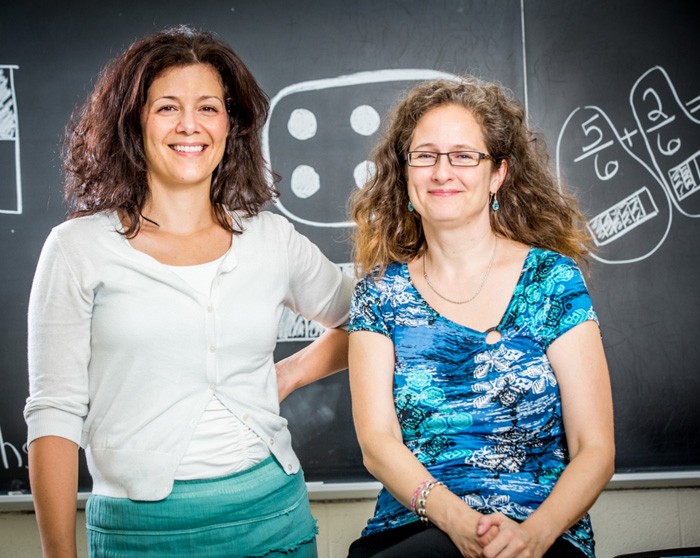 If 3 is greater than 2, then ⅓ must be bigger than ½ ­— right? Wrong. As millions of students head back to school next week, more than half will use exactly that kind of thinking when faced with fractions for the first time. New research from Concordia University shows that for children to understand math, teachers must constantly make the connection between abstract numbers and tangible examples.

Helena Osana, associate professor in the Department of Education, and PhD candidate Nicole Pitsolantis put this theory to the test in a classroom of fifth and sixth graders. Their findings — published in the highly regarded journal Teaching Children Mathematics, as well as the British Journal of Educational Psychology — show students understand math much more clearly when teachers use pictures and concrete models to demonstrate what fractions actually mean.

Those connections are even stronger when the model is personally meaningful to the students. Write out “¾” on the blackboard and the concept is not so clear. Show kids ¾ of a shoelace or talk about running ⅓ of the way to school and suddenly they get it.

Although many teachers already use models when talking about fractions — for instance, a picture of a pie with slices eaten — they often put them away too quickly. To prove that the continuous use of models made a bigger impact, Osana and Pitsolantis tried teaching with models for only part of the lesson, and then for the entire lesson. 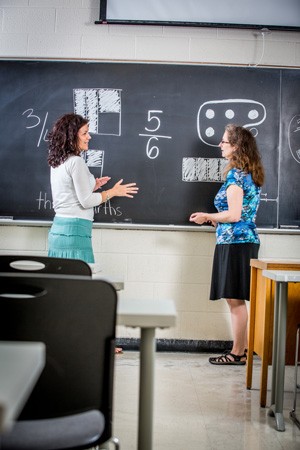 They found that students showed much greater understanding when the models were present. “Our study shows teachers should not only include pictures and models while teaching fractions, but also have them side by side throughout the class while continually making clear connections between the concepts and the models,” says Osana.

The lessons learned from this research project have the potential to go beyond the classroom.

“This is something not only useful for teachers but also for parents,” says Osana. “Because children are studying fractions, parents think they’re not able to help. But they can have positive effect on learning too. Something as simple as writing ‘¾’ out on a piece of paper, then demonstrating what it means to use ¾ of a cup of sugar, or filling up the gas tank until it reaches the ⅔ mark, then writing and pointing to the numbers ‘⅔,’ can really go a long way towards demystifying math.”

Pitsolantis, who also teaches fourth- and fifth-grade math at Lower Canada College in Montreal, says that the depth of misunderstanding that happens when models are abandoned surprised her. She and Osana are now running tests to determine how teachers can successfully incorporate concrete models into the curriculum for other grades.

This research was supported by the Social Sciences and Humanities Research Council.