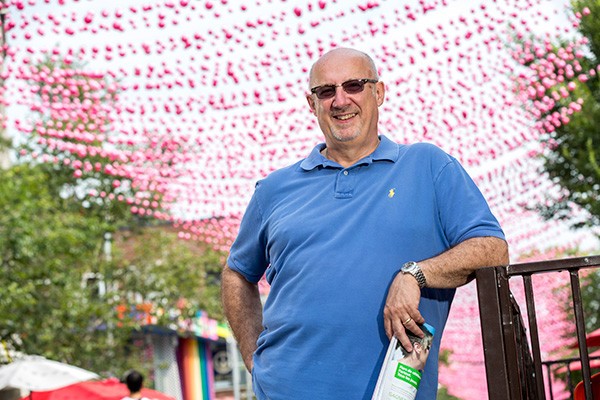 The intersection of religion and homosexuality is undoubtedly a hot topic. Last week, as the city prepared for Montreal Pride (August 12-18) and gay marriage legislation in Minnesota hit headlines in the United States, Pope Francis made an historic comment to reporters: “If a person is gay and seeks God and has good will, who am I to judge?”

But when it comes to Christianity’s day-to-day relationship with its lesbian, gay, bisexual, transgender and queer/questioning (LGBTQ) congregants, the reality is more conflicted — and not only in the Catholic Church. According to Donald Boisvert, a professor in Concordia’s Department of Religion, in the case of Anglicanism this discomfort relates more to traditional gender roles than to homosexuality itself.

“The Church’s sense of queer sex as sacrilegious and ultimately destabilizing to the natural order of creation is about what constitutes proper masculinity — and by extension, proper femininity,” says Boisvert, who recently published “What Kind of Man Are You? Same-Sex Relations, Masculinity and Anglican Queer Malaise” in the journal Studies in Religion.

Boisvert links what he sees as the Church’s current state of crisis directly to this issue: in the face of dwindling attendance, “pressing social and cultural questions related to gender and sexual diversity threaten to tear the worldwide Anglican community apart.”

Anglican leaders have taken a more receptive approach than their Catholic counterparts, accepting and blessing same-sex unions, and allowing lesbians and openly gay men to become priests. But Boisvert says this freedom belies a certain type of moral unease and gender ambivalence that is at the heart of the ongoing debate about the role and place of LGBTQ people in churches.

In his Studies in Religion article, Boisvert takes two respected 19th-century religious figures — John Henry Newman, an influential Anglican who ultimately left the church to become a cardinal, and the Montreal Anglo-Catholic priest Edmund Wood — as case studies. He shows that these men exhibit a proto-queer identity because of their performative masculinity and close relationships with other men.

Citing several texts that take an in-depth look at these individuals, Boisvert posits that the Church has long struggled with its approach to same-sex relations, placing value in male-male friendships while keeping silent on what such friendships might actually entail.

“That attitude is still alive today,” says Boisvert. “Churches are willing to marry two people of the same sex but unwilling to discuss the bodily actions that the union supposedly sanctifies. Though gay and lesbian clergy may well be ordained — despite some objections — and a few brave Anglican bishops are prepared to bless same-sex unions, the institution as a whole remains profoundly uncomfortable with issues related to sex.”

Boisvert attributes this discomfort to the continued adherence to traditional gender roles by the Anglican Church and other Christian denominations. Ultimately, he hopes to see queer sexuality play an important part in paving the way for inclusion.

Perhaps, he says, “these religious institutions can actually help queer individuals achieve a sense of self-actualization because they provide a space for the fundamental expression of religious diversity.”