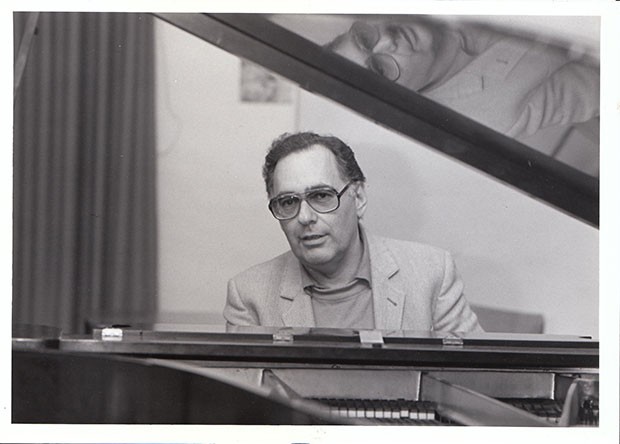 The Concordia community mourns the loss of Philip Cohen, Professor Emeritus and Artistic Director of the Leonardo Project, who passed away in Montreal on May 6, 2018.

The influence of Philip Cohen upon the study of music at Concordia and upon the lives of many elite professional musicians around the world is difficult to overstate. Stories of his exceptional musical perception and his abilities to understand musical performance are legion.

Founder of Concordia's Department of Music

Initially hired at Sir George Williams University in 1969, Cohen single-handedly founded the department. He initiated, designed and directed the first programs of music and music-related studies at Concordia University. He developed a collegial musical community within the department, an atmosphere which has carried on amongst faculty, staff and students into its fifth decade.

Cohen designed the curriculum for the department and he developed the Integrative Music Studies program, whose structure and educational philosophy has been at the heart of every successful curricular change since its inception.

He also encouraged the development of the electroacoustic studies program.

“Phil was one of the more amazing people I have known,” says Kevin Austin, professor of electroacoustic studies, who was hired by Cohen in 1970. “I worked with him from 1970 until he retired. He was a visionary. He had remarkable skills of observation and an amazingly acute ear. Phil mentored me through the processes of learning how to work in a university classroom and was continuously supportive and understanding.”

“He used to have this performance class where any graduate or undergraduate student on any instrument could come,” recalls his wife, Anna Szpilberg, who was one of his first graduate students at Concordia and is currently a part-time professor in the department. “These classes were extremely interesting. He would discuss music performance from such original, insightful angles and it was of course full of humour and fun. After he retired, people would sometimes would stop him on the street to say Oh, I was in your performance class!”

In 1992, he became Artistic Director and co-founder (with psychologist Norman Segalowitz) of Concordia University’s Leonardo Project, which received a Seagram Award for Innovation in Academic Research.

The project goal was an art-science collaboration where artists and researchers could build scientific and practical knowledge on artistic performance. The innovative scope of Cohen’s research and its cross-disciplinary potential has been recognized at international academic and professional conferences since the early 1970's. As part of their Field Study Program, Cohen conducted seminars, workshops, master classes and consultations in the United States and on occasion in Europe.

He retired from teaching at Concordia in 1996 and continued this work in this field of study for the rest of his life.

Teacher and performance analyst with an international reputation 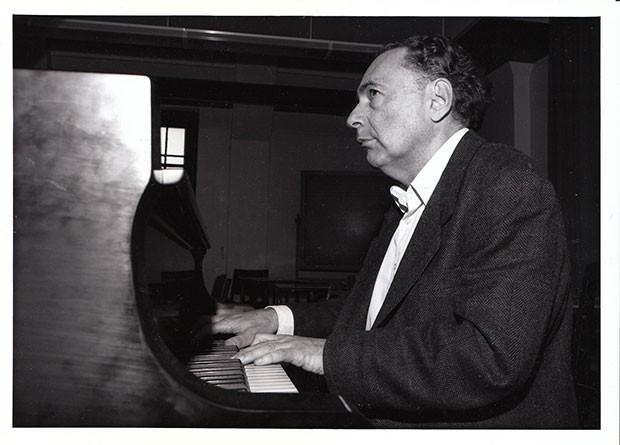 Cohen had a distinguished career as teacher, coach, performance analyst and consultant to concert and performing artists throughout North America and Europe.

He served as consultant to various professional and academic programs, including the reorganization of the Conservatoire system in France, the Crossroads School for the Gifted (Los Angeles) and the University of California’s projected music program in Florence, Italy.

He travelled frequently to New York, Chicago and Los Angeles, working with many well-known concert and recording artists, grant recipients and prizewinners in national and international competitions. He counselled performers handicapped by injury, neuro-muscular and perceptual disabilities, anxiety and related performance “blocks.”

“He was able to tailor his teaching individually to each person so there was no one method that was good for everybody. It was just him and his way of seeing music, his way of doing that he tailored to the person and person's own artistic interpretation,” says Szpilberg.

He would work for months or years with musicians who had suffered physical injury or who wanted to take their performance to a higher level, helping them unlearn and relearn their relationship to their instruments.

"He was able to tailier his teaching individually to each person. He believed there was no one method that was good for everybody," says Szpilberg. "He worked with individuals according to each one's own way of seeing the music, helping them find their own voice and develop their own interpretation."

Austin remembers being in Cohen’s office at Concordia one day, while in a classroom about five meters away, a gifted student composer/pianist was working on a very difficult passage in a piece she was composing.

“She just couldn’t get all the notes right. A short while later, as she was leaving the classroom, Phil stepped out of his office and said, ‘Seems like you were having some difficulty.’ He asked her to go back to the piano and try again. She did. Same problem. He stood behind her and holding two fingers in the small of her back, and said, “Try again.” She played the passage perfectly.”

To this day, the student is amazed that he could listen to a composition he had never heard through two doors, determine her technical issue, and help her correct the problem.

Cohen's co-experimental “real time” explorations with major and aspiring performers into the art of creative variability brought a unified perspective to aesthetic, cognitive, biological and cultural foundations of complex human performance. Significantly, they provided insights into our nature as performing beings – insights that point the way to a new understanding of human potential in all walks of life.

“Timing the Invisible” Memorial in 2017 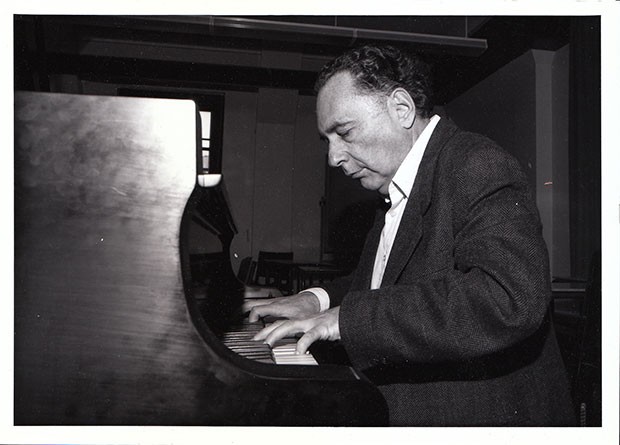 In 2017, when Cohen turned 90, the Department of Music hosted a gala concert celebrating his life and work at the Oscar Peterson Concert Hall. The gala was called “Timing the Invisible” and featured fourteen artists who paid tribute to Cohen and his work with them.

One of the performers, Peter Manning Robinson from California, credited Cohen with “saving his life” after a bout of severe tendonitis caused him to give up concert performance for over 15 years. Cohen’s “revolutionary and unconventional performance techniques” re-trained him and he is “playing better than ever” now.

Laura Fenster, (Diploma AMPS ’92) another performer, first studied with Cohen at age 11. “Phil has continued to be my teacher and mentor, and is the greatest influence on my life and music until the present day."

Jeff Frantzel, an improviser and songwriter has studied with Phil for almost 40 years. “Ever since my first lesson in Topanga Canyon, my whole perspective on music has completely changed. Phil has helped me find my true voice. The ability to swing is the key with Phil and he has helped me to understand whatever style of music I am performing,” he says.

Janette Wolff, a concert pianist who has performed throughout Canada and in the United States, writes, “When I began working with Philip Cohen, I realized what I had been looking for all my life. Under his guidance and his mastery, I had the great privilege of being part of the inquiry, exploration and discovery that leads to learning with an artistic goal in mind: to perform music that communicates and creates an experience for the listener."

Cohen never gave up his professional practice, despite a growing number of physical infirmities in his later years – including being legally blind and hard of hearing.

"He was still able to work, and at a very high level, right until the end of his life. He was working with somebody the day before he suffered the stroke that defeated him. He was extremely giving person. He  lived for his students. His life was the music,”  says Szpilberg.