From community radio to podcast

This is the record of “From community radio to podcast" a past event. 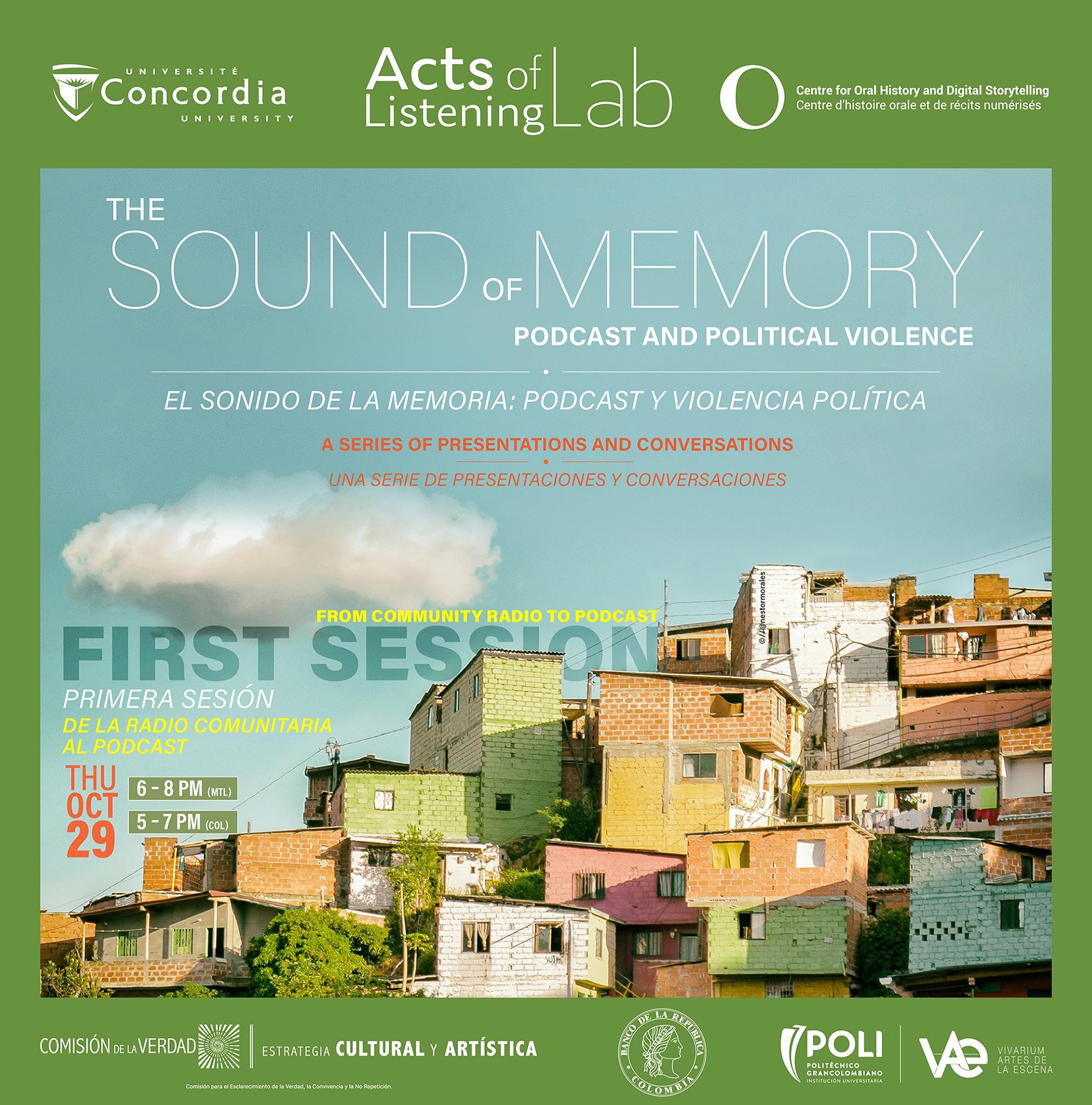 What are the advantages and disadvantages of transforming community radio into a podcast?

In the mid-20th century, community radio flourished as a tool made by and for citizens. In countries with armed conflicts and transitional justice processes, community radio stations have told difficult stories about injustice, loss, forced displacement and disappearance. From remote territories forgotten by the State and far from the big cities, community radio has created spaces for dialogue and has played an essential pedagogical role in confronting inequality and dismantling stereotypes through education and knowledge. What are the advantages and disadvantages of transforming community radio into a podcast? How is this content circulated and how is it received in the community?

Yudeisy Díaz: Coordinator of the Cultural and Artistic Strategy of the Colombian Commission of Truth. Graduated from the Faculty of Arts and Letters of the University of Havana, with extensive experience in coordinating cultural programs and projects.

Bélen Pardo Herrero: Anthropologist from the National University of Colombia. Producer and member of the coordination team of Vokaribe Radio in Barranquilla, Colombia.

The Acts of Listening Lab (ALLab)

is a hub for research-creation on the transformative power of listening in the context of oral history performance. It brings together artists-researchers, communities, and activists from across disciplines and cultures interested in exploring alternative and creative ways of making life stories matter in the public sphere.