Closing the gender gap requires a combination of community and outreach 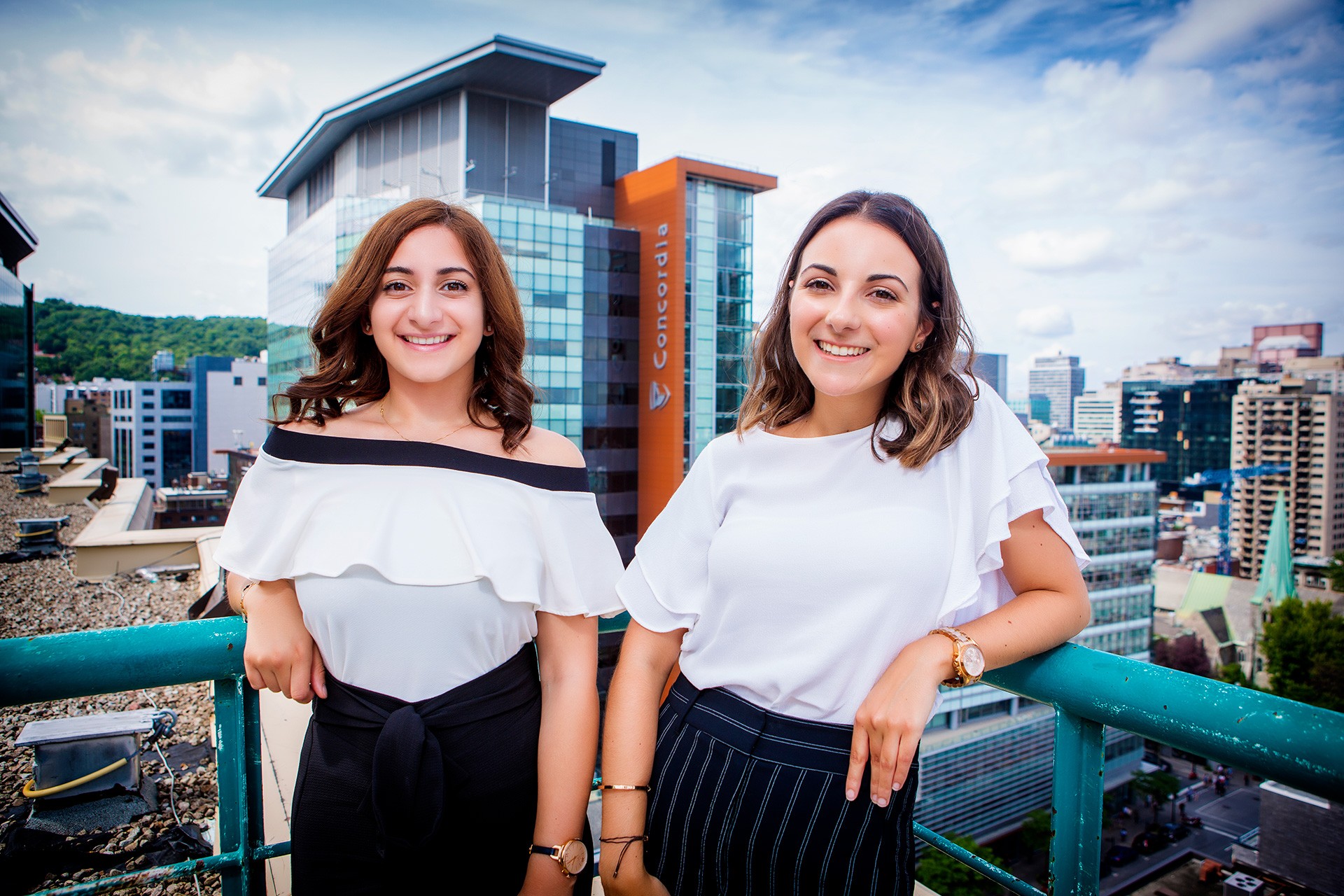 Industrial engineering students Cynthia Ferullo and Serena Kullukian are changing the perception of what engineering is and breaking down barriers.

Cynthia Ferullo and Serena Kullukian got some shocking news when they first entered Concordia University’s Gina Cody School of Engineering and Computer Science.

The industrial engineering students learned that less than 20 per cent of those enrolled in engineering programs across Canada — and only 13 per cent of registered professional engineers — are women. Ferullo and Kullukian became aware of the systemic causes of this gender gap after taking Impact of Technology on Society (ENGR 392) with Brandiff Caron, assistant professor in the Centre of Engineering in Society.

“Gender diversity is not a women’s issue — it’s everyone’s problem and it needs to be addressed by all of society,” declares Kullukian.

This year, the third-year students are co-presidents of the society, one of the largest student-run associations at the Gina Cody School. The group focuses on community building and outreach in the hopes of diminishing barriers for women in STEM fields.

Outreach activities at WIE allow engineering students at the school, as well as young people in college, high school and elementary school, to make connections and break down misconceptions surrounding the fields of engineering and computer science. In addition to getting gils excited about STEM, the association organizes on-campus events, like 3D printing and coding workshops and case competitions, as well as plant tours, for surrent students.

“One major challenge in breaking down barriers is changing the perception of what engineering is,” explains Ferullo. “We want girls to know that this is a wide field of study with applications that can be relevant in whatever industry they may be passionate about.”

To level the gender playing field, WIE also mentors women who have already entered into engineering and computer science programs. The group organizes events for students at the Gina Cody School to connect female students with each other, as well as with women already working in the field. Plant tours, networking events, tech talks, and lunch and learn sessions are constantly being organized.

To promote their core value of inclusivity, WIE keeps most of them open to both men and women, with priority going to women interested in participating. Speakers and mentors at the events are all women. “We are conscious that creating a culture that is inclusive requires the entire organization to embrace these values. By encouraging the men in our class to join in, we can break down stereotypes by giving them access to female leaders from industry,” explains Kullukian.

One women-only event is held annually — a power networking session that brings together students and professionals for a speed dating-style icebreaker, followed by a cocktail meet and greet. “Creating a space for women to connect is important to us,” says Ferullo.

The co-presidents have big plans for the academic year, they hope to include a one-day conference for girls in secondary one and two. The event will seek to encourage participants to take science courses throughout their high school education.

“We want young women everywhere to know that engineering is about more than just the technical competencies and theories, that the options are endless and that they should not put a limit on what they want to do,” say Ferullo and Kullukian.