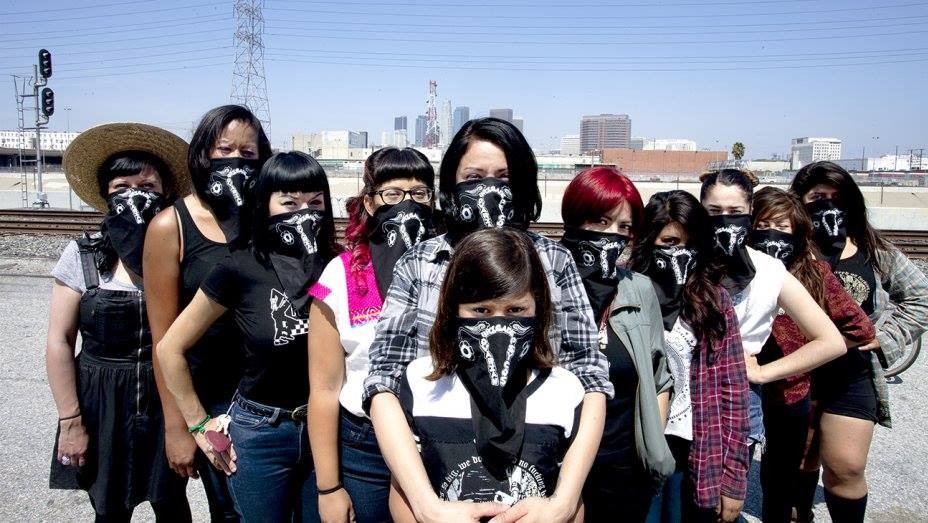 Ovarian Psycos is a powerful and moving film that will leave you ready to get out of your seat and join the women on screen in their fight for a safer space. This is the story of a group of women of colour in East Los Angeles reclaiming the spaces of their city where they’ve been made to feel unsafe with the use of their biking crew. Ovarian Psycos provides a sense of community for women who have been left feeling their lives are out of their control and their voices silenced. This film stands as a reminder of the importance of intersectionality as we see the effects that years of women of colour being excluded from all forms of protest has. One of the film's greatest strengths lies in the story of Xela de la X, the co-founder of Ovarian Psychos. Xela, the mother of a nine year old daughter, spends much of the film struggling between her desire to fight for what she believes in with her sisters and the obligation she feels to provide her daughter with a more stable upbringing than the one she had. This conflict was where the film truly excelled - a woman who is forced to choose between following a passion and being a good mother. It is a narrative shared by nearly every member of the group, a choice between what they believe in and what is expected of them. This film is not simply relatable, it’s real. The people, the frustrations, the setting. It doesn’t feel like the viewer is being sold a rose tinted version of this world - this is the real deal.

It is empowering to see the strength that these women get from the support of their community. They feel powerful when riding through the streets of L.A. beside one another. The women in this film have turned their backs on the conventions forced on them due to their gender. Rules that have been pushed on women for generations; not travelling without a man, never going out at night, remaining polite in the face of adversity. The Ovarian Psycos is not a crew for those who aren’t ready to fight tooth and nail for what they believe in. This film’s message is important, especially in present day circumstances. It is a reminder to women of all ages that there is strength in numbers. In spite of the insults and adversity that these women face, the Ovarian Psycos carry on. They continue to ride their bikes through the streets of L.A., reclaiming that which has been used to keep them chained. This film will leave any viewer in awe of these women and empowered to make their own contribution to the cause; it is not an experience to be missed.

Cinema Politica will be showing the Montreal premiere of Ovarian Psycos on Monday, March 6 at 7 p.m. in room H-110. Entry is by donation. Film protagonist Xela De La X will be in attendance!