We are delighted to announce that the U.S. Embassy to Canada has awarded MIGS a grant to organize a virtual speaker series titled “Countering Digital Authoritarianism”.  MIGS will bring American and Canadian experts together to  discuss how new technologies are being used to suppress human rights.

MIGS was selected to host a panel discussion titled “Spotlight on Digital Authoritarianism” at the 10th edition of RightsCon taking place June 7-11, 2021.

MIGS is hosting its monthly “Democracy Drinks” in partnership with the Canadian International Council. Distinguished Canadian career diplomat, Jeremy Kinsman, will be this month’s guest.

MIGS is hosting its annual “Artificial Intelligence and Human Rights” in collaboration with Global Affairs Canada, the Ministère des Relations Internationales et de la Francophonie, the Embassy of the Kingdom of the Netherlands in Canada, and the Canadian Commission for UNESCO. Speakers include, amongst others, Ines Coppoolse (Ambassador of the Kingdom of the Netherlands to Canada), Camille François (Graphika), Jan Kleijssen (Council or Europe), Eileen Donahoe (Executive Director of the Global Digital Policy Incubator at Stanford University), and The Honorable Teresa Ribeiro (OSCE Representative on Freedom of the Media). 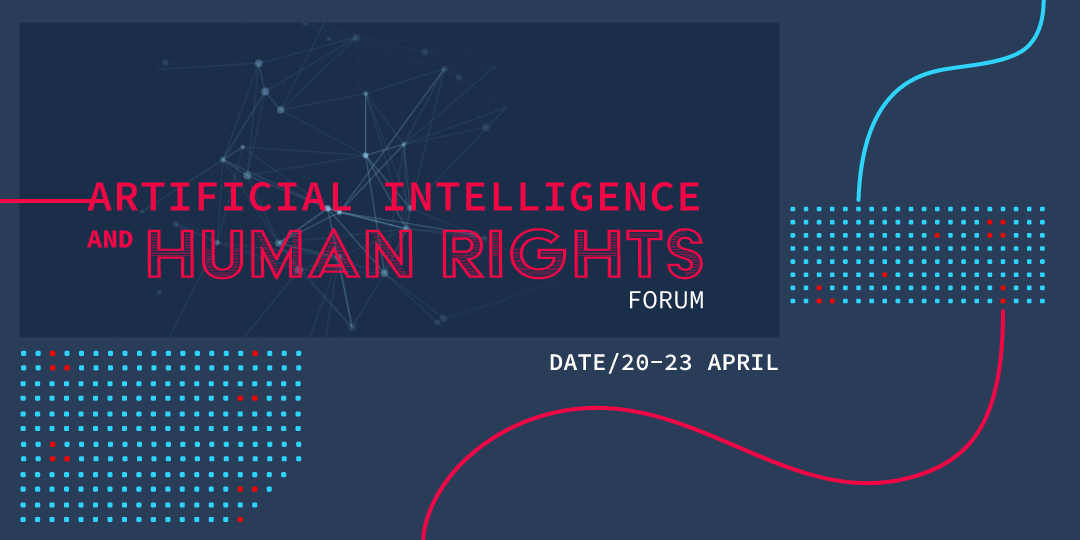 As a contributor to the report “Sustainable Peace & Security in a Changing Climate” produced by the North-Atlantic Civil-Society Working-Group on Environment and Security, MIGS Project coordinator Marie Lamensch has been invited to participate in an internal round table briefing for NATO staff and national delegations.

Marie Lamensch will participate in a policy discussion on the global threat of internet shutdowns organized by Global Affairs Canada’s Digital Inclusion Lab.

As a member of the Coalition to End Forced Labour in the Uyghur Region, MIGS called on corporations to stop undermining their own human rights principles to advance themselves commercially.

With its fellow members of the Coalition to End Forced Labour in the Uyghur Region, MIGS calls on the International Olympic Committee to assure human rights are being upheld throughout the games. 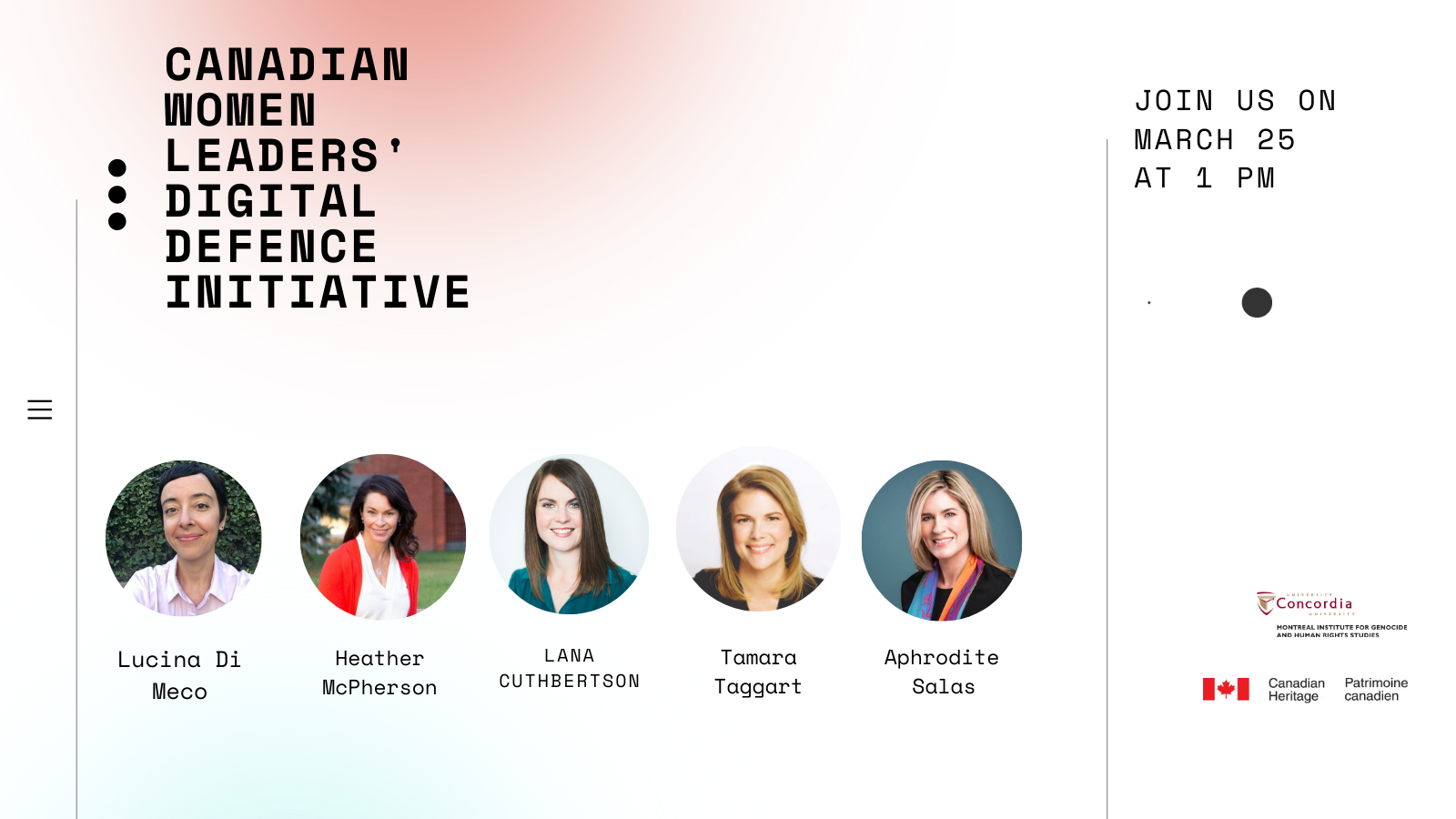 As part of its podcast series for the Canadian Coalition to Counter COVID-19, MIGS spoke with Radio-Canada journalist Alexis de Lancer about COVID-19 disinformation in Quebec.

Marie Lamensch gave a guest lecture on the genocide of the Uyghurs to a class of university students at UQAM.

In collaboration with Disinfo Cloud, MIGS co-organized an event for the launch of the French version of Harmony Square, a game that promotes digital literacy. Watch the discussion on our YouTube page.

Kyle Mathews was interviewed by Diana Anton, the co-director of STAND CANADA on and segment titled, “The Impact of technology on genocide and Uyghur Genocide.”

As part of its Canadian Coalition to Counter COVID-19 Digital Disinformation project, MIGS spoke with pharmacist Oliver Bernard on his work debunking science and medical myths in Quebec.

To mark the commemoration of the 27th anniversary of the genocide of the Tutsis in Rwanda, Marie Lamensch and MIGS co-founder Frank Chalk both spoke at the virtual ceremony organized by Page Rwanda. 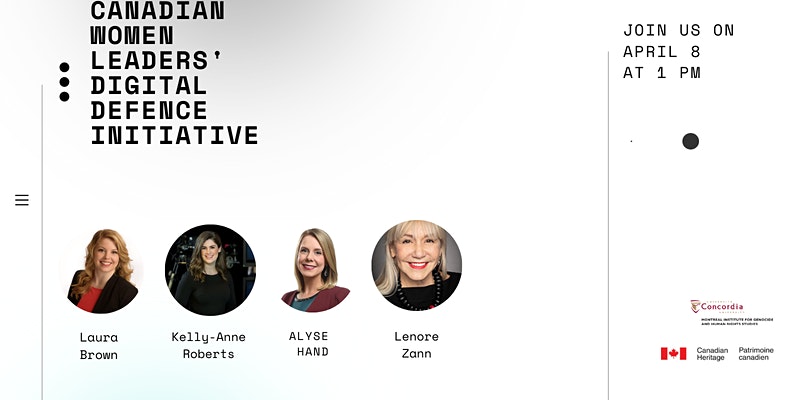 Kyle Mathews took part in a virtual workshop titled “#SAIFE Expert Workshop on Security” ran by OSCE Representative on Freedom of the Media. The aim was to identify the tangible negative effects of automated tools for detecting and evaluating online hate speech and their potential negative impacts.

MIGS’ Digital Fellow Ewelina U. Ochab wrote an article in Forbes titled “China And The U.K. In Targeted Sanctions War Over The Situation In Xinjiang”.

An article was written about Roméo Dallaire in Mirage titled “Roméo Dallaire on “How a better world is possible”: Cooperation between Science and Practice.”

MIGS Fellow Fannie Lafontaine was mentioned in an article in The Washington Post titled “Canada is struggling to deport its last known Nazi suspect”.

Ewelina U. Ochab wrote two articles in Forbes. The first titled “A Step Towards Justice For The 26 Year Civil War In Sri Lanka?” and the second titled International, Impartial And Independent Mechanism For Syria Shows The New Path Towards Justice”.

Ewelina U. Ochab wrote an article in Forbes titled “U.N. Warns: A Bloodbath In Myanmar Is Imminent.”

Marie Lamensch was interviewed by CTV about online threats and hate speech against female politicians and journalists.

CBC published an archival piece about Romeo Dallaire titled “The making of a general, Roméo Dallaire.”

Marie Lamensch was quoted in La Presse in an article titled “A report on the role of France fuels controversy”.