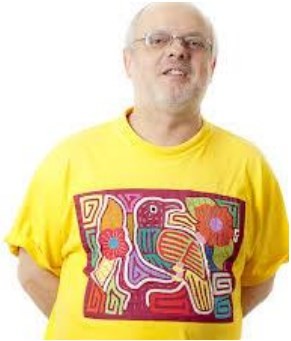 Professor Giménez Micó completed a BA and MA in Hispanic Studies at the Université de Montréal. He also earned a PhD in General and Comparative Literature at the same institution and was granted a Postdoctoral research position in Comparative Literature and Latin American Studies at the University of Toronto. Currently he is an Associate Professor of Spanish and Latin American Studies in the CMLL Department at Concordia. He is also a Professeur associé at the Université Laval and holds an Adjunct Associate Professorship at the University of Calgary. From 2004 to 2006 he served as President of the Canadian Association of Hispanists.

Professor Giménez Micó is the author of L’irruption des autres (2000) as well as several chapters and articles in collective works and academic publications. He is a member of the Editorial Boards of the Revista Canadiense de Estudios Hispánicos, the Canadian Journal of Latin American and Caribbean Studies and the Cahiers des imaginaires.

Toni, as he prefers to be called, has distinguished himself with a large and outstanding teaching commitment in Hispanic Studies. He has gone above and beyond what is required of him to ensure success in academic student life, proven being an exceptionally reliable, resourceful and dedicated professor not only for Concordia graduate and undergraduate students but also for many former Concordia students in their pursuit of a PhD degree. The Hispanic Studies Graduate Students Association, the nominator for this award, has always counted on him when an advisor is needed.