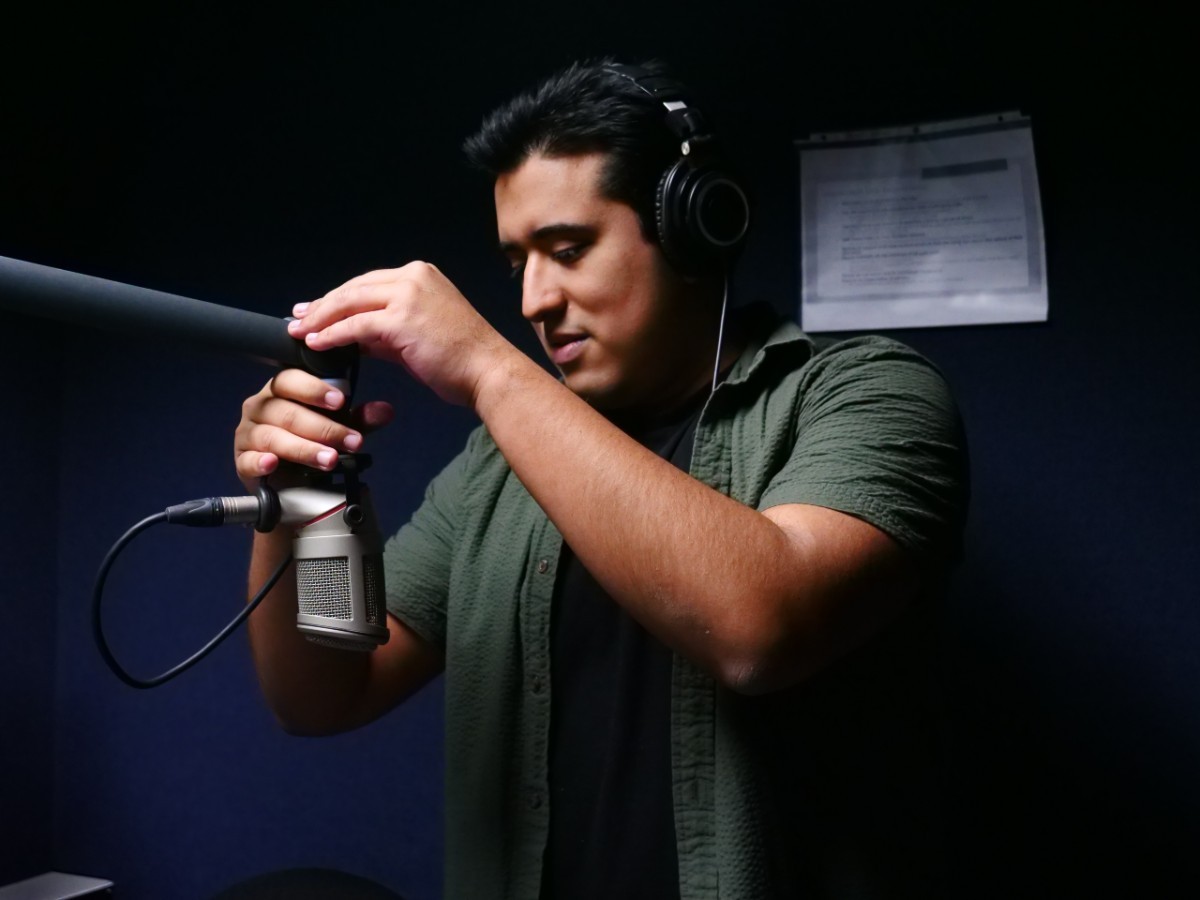 He is one of 12 students from across Canada to be awarded this year’s prestigious scholarship from the national public broadcaster.

“It feels like I'm dreaming,” says Cuevas. “I also feel a certain pride in being the only student to represent Concordia.”

Recipients are given the opportunity to complete a four-month paid internship in Toronto within CBC News and Centres in all areas of multi-platform news, including digital, radio and television.

“The department is very proud of Esteban and can’t wait to see what he produces during his Joan Donaldson scholarship,” says David Secko, professor and journalism department chair. “It is always a treat to see winners grow as journalists during their summer with CBC News.”

Cuevas was born in Mexico and moved to Montreal when he was nine years old. His love for journalism, videography and photography began in CEGEP when he took introductory courses in the subject and bought a DSLR camera to document his travels.

Cuevas will graduate from the Journalism (BA) program with a minor in Italian in June. He has worked as a photo editor at the Concordia student newspaper The Link and was nominated for student photojournalist of the year at the John H. McDonald (JHM) Awards for Excellence in Student Journalism. He won an award for his work as a teaching assistant for the radio newsroom class and the video editing lab in the department. He was also a summer intern at CityNews Montreal, which led to a position as operations floater in the newsroom.

“It was a pleasure to work with Esteban,” says journalism lecturer Paul Gott, who taught Cuevas in several classes.

“He is always asking the right questions and pushing the boundaries of his knowledge. I have no doubt he will continue to augment his talents as he moves on to the professional world,” says Gott.

Candidates for the Joan Donaldson CBC News Scholarship are nominated by their home institution and undergo a rigorous portfolio and application process. A department committee chaired by Magda Konieczna, assistant professor of journalism, recommended Cuevas.

“Reading the applications really made me feel hopeful about the future of journalism,” Konieczna says.

“Our students are doing amazing work reporting on untold stories in underserved communities in a range of creative ways. We’re delighted that Esteban won one of the coveted spots,” she adds.

Esteban says he’s grateful to the department for helping him further develop his multimedia reporting skills.

“I have had some of the best and most passionate teachers,” he says. “The journalism program at Concordia has been one of the best choices I have made, and I feel lucky to have made it through the selection back in 2018.”