Join us for the final interview in the week of Black Community Health, a week long series of events where experts from each field will discuss their work, community initiatives they have taken on or witnessed, disparities they encounter in their sectors, changes they hope to see in community health, and their vision of the future Black community health.

In this last event, Annick Maugile Flavien will interview Marlihan Lopez about her experience as a community advocate and caregiver.

How can you participate? Attend in person (note, we can accommodate up to 30 audience members comfortably in the space) or online by registering for the Zoom Meeting or watching live on YouTube. 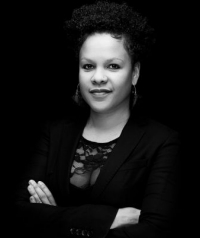 Marlihan Lopez is a Black feminist community organizer tackling issues surrounding anti-blackness, gender-based violence and its intersections. She coordinated the EDI (equity, diversity, inclusion) division for the Quebec Coalition of Rape Crisis Centres, where she did advocacy work and raises awareness on how gender, race, class and ability intersect in the context of sexual violence. She has also organized with movements such as Black Lives Matter around issues such as racial profiling and police brutality. She was Vice-President for la Fédération des femmes du Québec and is currently Program and Outreach Coordinator at the Simone de Beauvoir Institute. She is also cofounding member of Coalition to Defund the Police, based in Montreal.