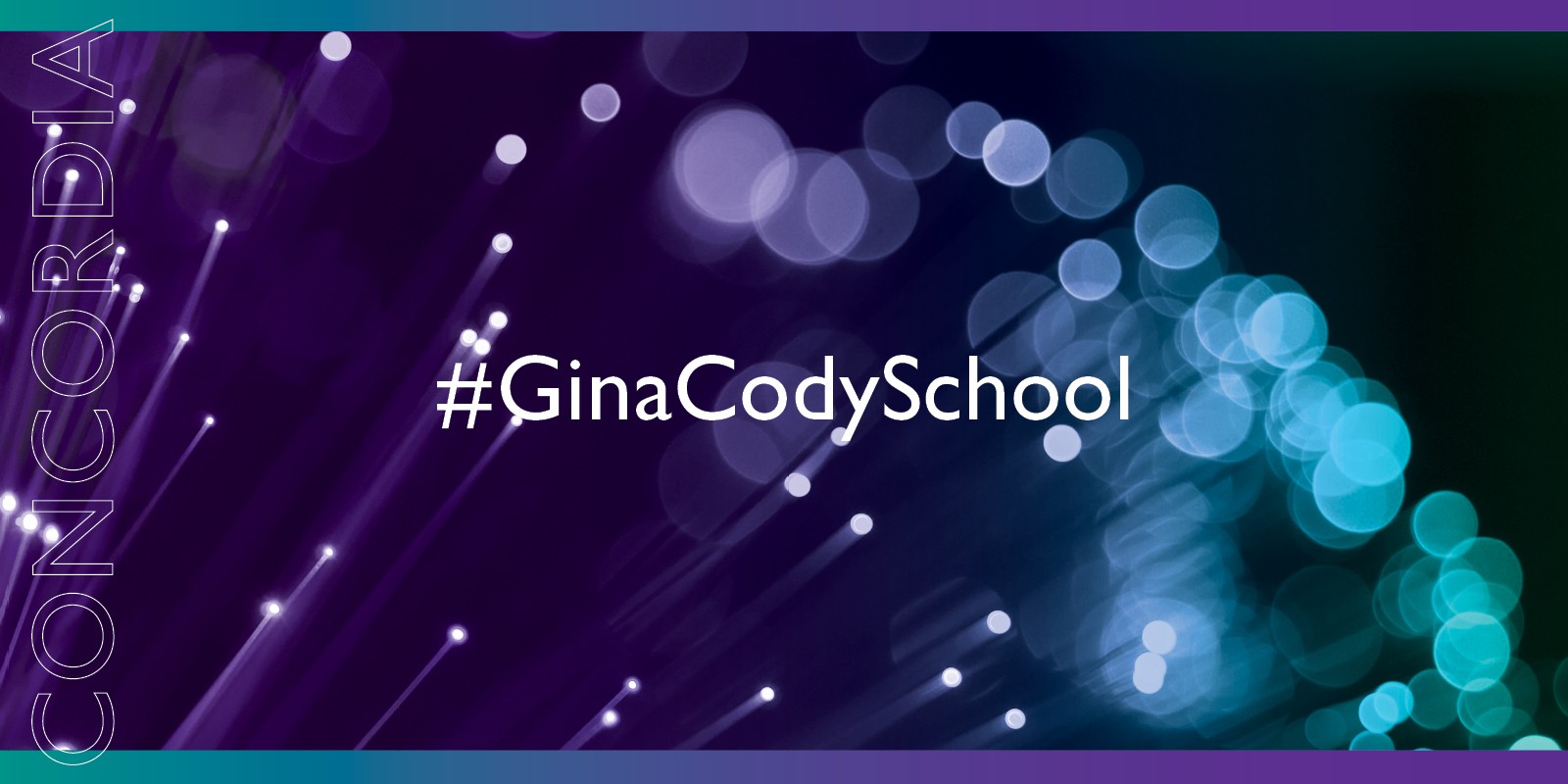 Gina Cody School Day is back! Join us for an exclusive look at some of the exciting student-led research and projects taking place at the Gina Cody School. 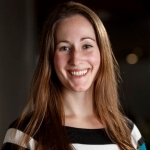 Andréa Cartile has been a Concordia student since 2009, and is currently pursuing a PhD in mechanical engineering supervised by Catharine Marsden and Susan Liscouët-Hanke. Andrea will speak about her graduate studies experience conducting industry-based research and how it has lead to her current project in aircraft design and development.

Andréa was a Hydro-Québec Doctoral Scholarship recipient and is a member of Canada’s Chief Science Advisor Youth Council. 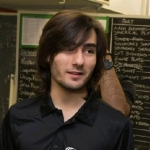 Presenting on behalf of the Society of Automotive Engineers

Sevag Kaspar is the president of Concordia's Society of Automotive Engineers (SAE). SAE is a global association of engineers and experts in the aeropspace, automotive and commercial-vehicle industries. Concordia SAE is a student-run chapter of SAE International. They design, manufacture and test vehicles to race in international competitions that draw more than 4,500 students from 500 universities worldwide every year. It’s the perfect opportunity to apply engineering theory to the real world! 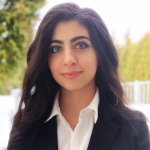 Donya is an undergraduate student, a research assistant, and a teaching assistant at the Gina Cody School of Engineering and Computer Science.

She will demonstrate how the design thinking framework can be used to create innovative applications, more specifically in the mobile health (mHealth) field. She will put a spotlight on her augmented reality application, developed to alleviate the injection anxiety and perceived pain of multiple sclerosis patients during their self-administered treatment. 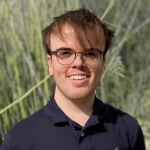 Presenting on behalf of the Gina Cody School Entrepreneurship Society

The Gina Cody School Entrepreneurship Society (GCES) was created by a group of engineering students who wanted to create a community and make resources readily available for entrepreneurial-minded individuals at Concordia. With a primary goal to ignite the entrepreneurial spirit among engineering and computer science students, they launched GCES.

GCES focuses on fostering an environment that educates, nurtures and supports the student body amid a network of like-minded innovators. To do so, they host a variety of in-person and virtual events including workshops, presentations, competitions and networking opportunities. 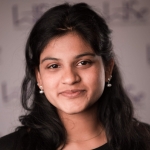 Presenting research on diversity and inclusion in software engineering

A master's student in software engineering and the former president of Women in Engineering Concordia, Riya will examine how diversity and inclusion are necessary prerequisites when it comes to shaping technological innovation for the benefit of society as a whole. A common indicator of diversity consideration is the representation of different social groups among software engineering (SE) researchers, developers, and students. I will present the ongoing research project where we examine how diversity is embedded in SE research, particularly research that involves participant studies.

Presenting on behalf of the 2021-2022 Aerospace Capstone Project

This Concordia capstone design team, consisting of twenty-three undergraduate aerospace engineering students, are targeting a novel challenge in urban air mobility. The team, along with their supervision committee headed by Professor Jonathan Liscouet, are developing an air ambulance concept capable of transporting paramedics to high priority distress calls in a fraction of the time seen with conventional ambulances.

The Canadian Air Ambulance System (CAAS) seeks to capitalize on emergent drone technology, allowing paramedics to arrive on scene and deliver care to patients in time-critical scenarios. This delegation of five students will present their latest work on the CAAS aircraft development as well as its implications on the future of urban air mobility. 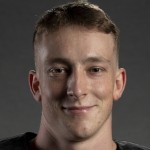 Anton competed at his first World Para Ice Hockey Championships in 2021 which were held in Ostrava, Czech Republic. Jacobs-Webb earned a goal and two assists in five games as Canada won the silver medal.

Jacobs-Webb began playing Para ice hockey at age 11. He got involved in the sport after meeting Canadian Para ice hockey player Herve Lord, who gave him a number of signed photos from the national team.

Growing up in Williamswood, Nova Scotia he played street hockey with his friends and neighbours and when winter came, they’d move their games to the local frozen pond. That was about the extent of his hockey playing. 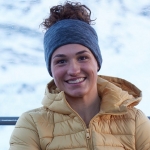 An undegraduate student at the Gina Cody School, Marion won the bronze medal in mixed team aerials at the 2022 Beijing Olympics.

Marion started gymnastics when she was three years old and developed a strong passion for sports and acrobatics. She evolved as a gymnast for 14 years and in trampoline for three years.

At 17 years old, Marion participated in an RBC Training Ground event in her hometown of Sherbrooke, Québec. A freestyle skiing coach invited her to try aerials at the water ramps where she quickly fell in love with the sport, realizing she belonged on skis. From that moment on, Marion worked hard to improve her skiing and new acrobatic techniques.

Marion has been an aerial skier since 2017 and was invited to join the national team in 2020. Aerial skiing allowed her to grow as an athlete and as a person by living incredible experiences. After winning Canadian Championships in her first year competing, winning the NorAm Tour in her second year and winning a World Cup in her 3rd year, she can’t wait for what’s to come. 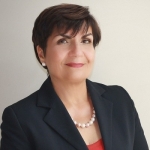 Gina Parvaneh Cody was the first woman awarded a PhD in building engineering at Concordia. She has more than 30 years of professional practice as a professional engineer, corporate executive and principal shareholder of an engineering firm.

Gina sits on several private boards and is a member of Concordia's Board of Governors and the chair of the Gina Cody School Advisory Board. She is also the co-chair of the Campaign for Concordia, the university’s most ambitious fundraising initiative ever.

She was awarded the Order of Montreal in 2019, named one of 2020's Top 25 Women of Influence in Canada and appointed a Member of the Order of Canada in December 2020.

Mourad Debbabi is the dean of the Gina Cody School of Engineering and Computer Science. He currently holds the NSERC/Hydro-Québec Thales Senior Industrial Research Chair in Smart Grid Security and the Honorary Concordia University Research Chair Tier I in Information Systems Security.

Mourad is also director of Concordia’s Security Research Centre and one of the five co-founding executive directors of the National Cybersecurity Consortium and the new Cyber Security Innovation Network — a new $160-million Canadian cybersecurity innovation network.

A fourth-year software engineering student, Kayla serves as the president of the Engineering and Computer Science Association (ECA) at Concordia. She previously served as the vice-president of Competitions for ECA.