In this first workshop of the CIADI Professional Development Series, CEO, Jason Michaud, and CTO, Jawad El Houssine will be joining us to discuss all things space with a focus on space accessibility, astronaut mental health, and how to join the space industry.

This workshop will be fully virtual, and completely free of charge.

Zoom link will be provided after registration. To register please click on the link below.

Two winners will be randomly selected from the attendance list to hop on a parabolic flight!!!

Thank you to all who participated in our first workshop of the CIADI Professional Development Series, Making Space More Accessible to Humanity! Congrats to Timothy Morvan and Richard El Chaar! You are the lucky winners of the parabolic flight! Stay tuned for our future workshops.

Stardust Technologies Inc. (Stardust) is a Canadian aerospace and technology social enterprise head quartered in Cochrane, Ontario with offices in Ottawa, Ontario. Stardust was founded in in 2014 with the goal to empower the future through innovative technologies, science, and space exploration, ultimately making space more accessible to humanity.

Stardust specializes in AI, XR, Robotics, and STEM education. Stardust as most recently worked in collaboration with the Canadian Space Agency and the National Research Council of Canada on the EDEN project creating a solution utilizing virtual reality, neural systems, haptics feedback in Lunar, Martian, and Micro gravity environments to help astronauts cope with their mental health during their time on the International Space Station, space habitats, and space exploration.

Stardust is a strong advocate for collaboration having established multiple international innovative projects with our partners at Beaverhouse First Nations, York University and Habitat Marte, to benefit humanity and forge a path towards a safe framework for space exploration.

Our team as recently announced our international collaboration with ispace, EXPLOR, and the University of Technology Sidney on a Lunar Resources Extraction Rover with Haptic Robotic Arm and Mixed Reality (XR) Functions that will land on the moon tentatively in 2024. 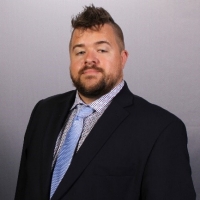 Mr. Jason Michaud studied at Collège Boréal in Computer Engineering and is a Certified Practitioner for CyberSecurity Certification (CPCSC) by Watsec Cyber Risk Management, and is the Chief Executive Officer of Stardust. Jason founded Stardust Technologies in 2014 with the mission to empower the space industry through innovations in technologies, science, with the goal of making space more accessible to humanity. Through this Jason Michaud has established multiple international innovation projects with universities such as York University, the University of Technology Sidney. Through Stardust Technologies, Jason has also formed many partnerships such as ispace, EXPLOR, Blue Abyss, Habitat Marte to name a few. Most recently Jason Michaud has worked in collaboration with the Canadian Space Agency and the National Research Council of Canada on the EDEN project creating solutions for mental health of astronauts utilizing virtual reality, neural systems, haptics feedback in Lunar, Martian, and Micro gravity environments. Jason Michaud serves as a Director at the Habitat Marte, in Brazil to further enhance its international collaborations and expand its capabilities. Jason Michaud most recently established an international collaboration with Ispace, EXPLOR, and UTS, to develop a Lunar Resources Extraction Rover with Haptic Robotic Arm and Mixed Reality (XR). The purpose of this rover is to land on the south pole of the moon and be active for more then one lunar day to collect samples of hydrogen and for future space resources extractions. Jason Michaud is also a guest lecture at the University of Concordia and is very active in inspiring the youth in stem education. 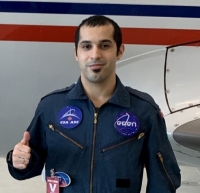 Jawad El houssine is a recognized, awarded Entrepreneur, 3D Artist and Software engineer who's been working in several industries such as the entertainment with Disney America, Kirarito Inc Japan, HelloTalk China with more than 30 millions users. He got an international award from One Reeler of Los Angeles in 2018 for the animated sci-fi short-film "Beyond Polaris", Awarded by Artstation Canada in 2018 for being in the best art "FILM/VFX Characters renders". He also worked in the fashion industries and got a recognition by the prestigious Forbes Magazine in 2020 for "being among the 12 best virtual influencers in the world" with Serah Reikka a virtual and Artificial Intelligence model he designed. Jawad is now working as a Chief Technology Officer at Stardust Technologies and he is responsible for the development of Eden project a psychological experience for the aerospace industry. Jawad graduated as an IT computer science in the "Université de Franche-Comté" in Belfort-Montbéliard - France.

Covid-19 permitting, the flight would be held in Q3 students in Ottawa. The flight will only be a few hours. Accommodation, food, and stay in Ottawa will be covered.

Parabolic flight recreates the state of weightlessness during an airplane flight by alternating ascents and descents spaced out in stages.

It allows scientific research to be carried out in microgravity without having to go to space.

During a parabolic flight, or 0g flight, pilots repeatedly perform a special maneuver, called a "parabolic maneuver", during which the state of weightlessness is recreated on board for 22 seconds.  For zero gravity scientific research flights, this maneuver is repeated 31 times and can reproduce for some parabolas lunar or Martian gravity.

The parable begins with the injection: as the 0g aircraft is in full rise, the crew reduces the engine speed and places the aircraft in its ballistic trajectory.

The CIADI Student Executive committee has been active as of Fall 2020 and is recognized as a sub-division within Concordia Institute of Aerospace Design and Innovation (CIADI). Its current goals are to participate in CIADI governance and decision making and create monthly events under the umbrella of the “Professional Development Series.” The series aims to give participating students a competitive edge, prepare them for the industry, and add positive value to their academic portfolio while receiving a certificate to show their dedication to further learning.

As an executive, your responsibilities will be to brief those in the line-up to give a talk, pick up tasks during the bi-monthly meetings with the Director of Education, report your progress, attend the scientific committee, and provide feedback while taking creative initiative. The committee is a cross-faculty committee, including GCS, JMSB and Arts & Sciences, and we are looking for dynamic students with interest in Aerospace. Your understanding teammates will always support you, so even if you’re worried about the workload, take the leap of faith and join us!

Send an email to ciadiexec@concordia.ca stating your interest and whether you’d like to join for the beginning of Summer or after Spring Break.