"From the Gutter to the Limelight: The Jews of Ukraine" - Film Screening and Conversation with Rachel Levy 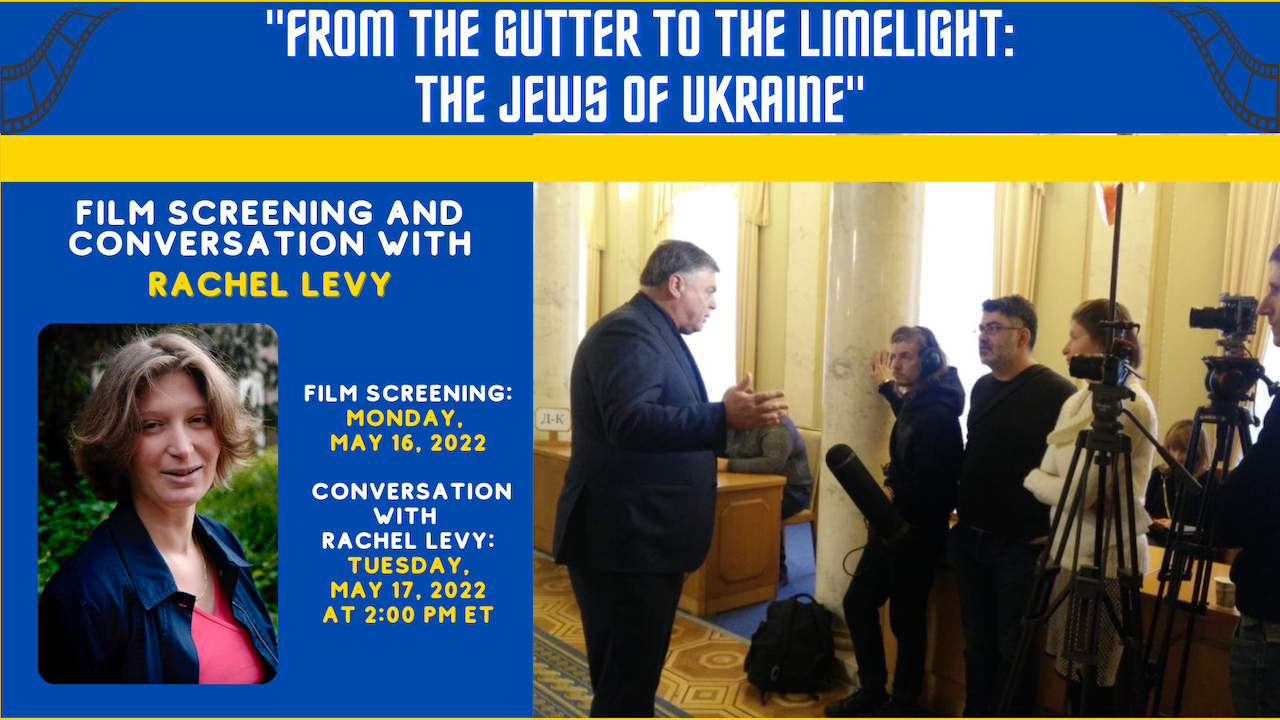 Please join the Azrieli Institute of Israel Studies on Monday, May 16, 2022, for a virtual screening of the film, From the Gutter to the Limelight: The Jews of Ukraine. After registering, the film link and password will be sent to you 48 hours before the screening.

Many people associate Ukraine mainly with the recent civil war and the disaster with flight MH17. For Jews, however, Ukraine means a lot more. Ukraine is the country where, over the centuries, both the greatest successes and the darkest days of European Jews took place. Almost all religious, cultural and political movements that play an important role in the Jewish world up to today, have their origin in the area that is now Ukraine. At the same time, it is the site of centuries of anti-Semitism, pogroms and brutal murder. Yet a large majority of Ukrainians opted for a Jewish president and a Jewish prime minister in 2019. In addition, a handful of Jewish businessmen play a prominent role in the country's economy and social development. How does all this fit together?

"In 2019 I traveled to Ukraine a few times and met Anatoly Hirschfeld. In his own words, not an oligarch, but a great businessman and politician, who does not hide his Jewish identity. I visited him and his family at his villa in Kharkov, traveled with him to his factories, his offices, and the parliament in Kiev. We also visited Dnepepotrovsk, the polluted industrial city where he was born. What about the Jews in Ukraine?"
- Rachel Levy

Biography
Rachel Levy (1973) is a Dutch Jewish research journalist. She works for print, radio and public television, covering current affairs as well as Jewish themes. Rachel Levy has made TV documentaries and written stories about subjects ranging from Messianism in Chabad to Jewish marriage and Jewish legal autonomy in modern times.