Members of the Vancouver-based Mackenzie-MacPherson family have drawn on their Concordia education to leave a significant mark on public life.

Landon Mackenzie, MFA 79, has long garnered critical acclaim for her artwork, which has been showcased in more than 100 exhibitions across Canada and internationally. Still, Mackenzie felt humbled and affirmed when presented with the 2017 Governor General's Award in Visual and Media Arts in February. 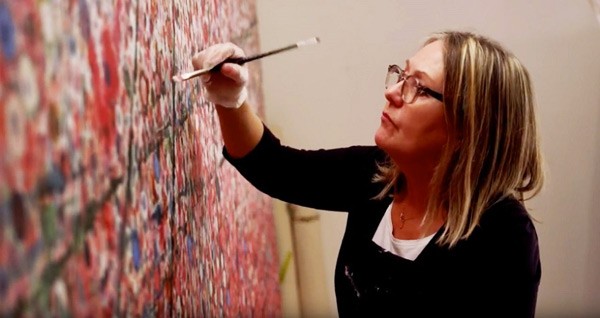 Vancouver-based artist Landon Mackenzie was named one of the recipients of a 2017 Governor General’s Award in Visual and Media Arts in February.

The prize, worth $25,000, honours Mackenzie’s illustrious career. “The award allows you to believe you’re on the right track,” she says. “Even if you might feel you’re fumbling around in the unknown, it confirms that that’s okay.”

While studying at Concordia, Mackenzie — who was interested in various modes of printmaking — was encouraged to switch to painting by the late Guido Molinari, LLD 04, a Concordia professor she grew close to.

Molinari was a leader in terms of understanding pictorial space and colour, Mackenzie says. “He brought such ferocity in convincing you that all this stuff really matters.”

After receiving her Governor General’s Award, Mackenzie travelled to Montreal, where she was honoured at a private party by old friends, former classmates and Concordia faculty. During the event, Rebecca Ducos, dean of the Faculty of Fine Arts, spoke about Mackenzie’s significance as a painter and educator.

Mackenzie taught Studio Arts at Concordia from 1978 to 1985, before joining the faculty of Emily Carr University of Art and Design, where she continues to teach. 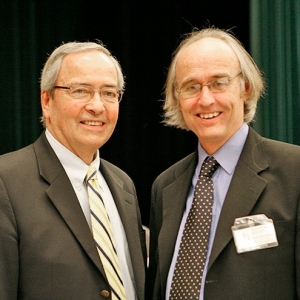 MacPherson, who has penned numerous books and is an adjunct professor in Simon Fraser University’s Faculty of Health Sciences, is a leading critic of the so-called “war on drugs.”

Backed by cutting-edge research, he has pushed for decriminalization and harm-prevention measures like safe injection sites and heroin-assisted treatment.

After years working with marginalized populations in Vancouver’s Downtown Eastside, MacPherson wrote an influential report that called on the city to address its drug problems with a public health approach — rather than a punitive, criminal justice approach.

The strategy — known as the Four Pillars drug strategy — was championed by Vancouver’s mayor, Philip Owen, in the early 2000s. It has since been replicated in other cities, including Toronto.

MacPherson became a point man for the strategy, charged with communicating its ideas to the wider population.

Through public outreach and media interviews, he helped precipitate a seismic shift in how Vancouverites perceive drug addiction and drug-related issues, raising the bar for public discussions on the issue.

“You can’t just stand up in public meetings and say drugs are bad and that they should be illegal,” he contends. “People don’t buy that simplistic language anymore.”

“Engaging the public about the Four Pillars drug strategy was probably the biggest adult education project that I ever did,” he explained. “We were trying to get people to understand that we had to do things differently.” 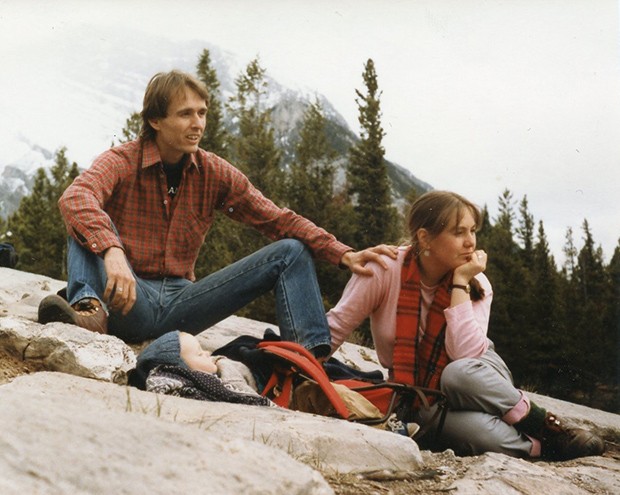 A young Mackenzie-MacPherson family on a hike in 1984. | Photo: Landon Mackenzie

As they charted their respective careers, MacPherson and Mackenzie also raised three children. Cluny Mackenzie-MacPherson, BA 10, was born while his mother was teaching at Concordia.

He decided to attend the university as a mature student. After a term of general studies, Mackenzie-MacPherson, was admitted to Concordia’s prestigious Liberal Arts College.

Upon graduating with a double major in political science and Western society and culture, he moved to Zambia, where he volunteered for a nongovernmental organization that runs a school for underprivileged children.

Within three years, he was in charge of the NGO. Under his guidance, the school expanded — from nine grades to 12 — and built additional campus housing for students.

Following in his father’s footsteps, Mackenzie-MacPherson is now working for the Carnegie Centre, an organization that works with marginalized populations in Vancouver. Carnegie staff help people navigate the welfare system and find housing — a challenging job in a city in the midst of an acute housing crisis.

Like his parents, Mackenzie-MacPherson is deeply analytical. He is critical of the wider system he operates in and takes pride in being a part of an “action-orientated team” whose members are not afraid to roll up their sleeves and help a client with a move if need be.

“In a system that can make casualties of people with bureaucracy and red tape, it’s fun to be part of team that has an ethic of problem solving,” he explains.

Like his parents, Mackenzie-MacPherson remembers his time at Concordia fondly.

“Studying things like political theory and philosophy does allow you to think about the type of person you’re becoming and who you want to be,” he says. “Those years were formative in preparing me for some of the challenges that lay ahead — even if I had no idea what those would look like.”