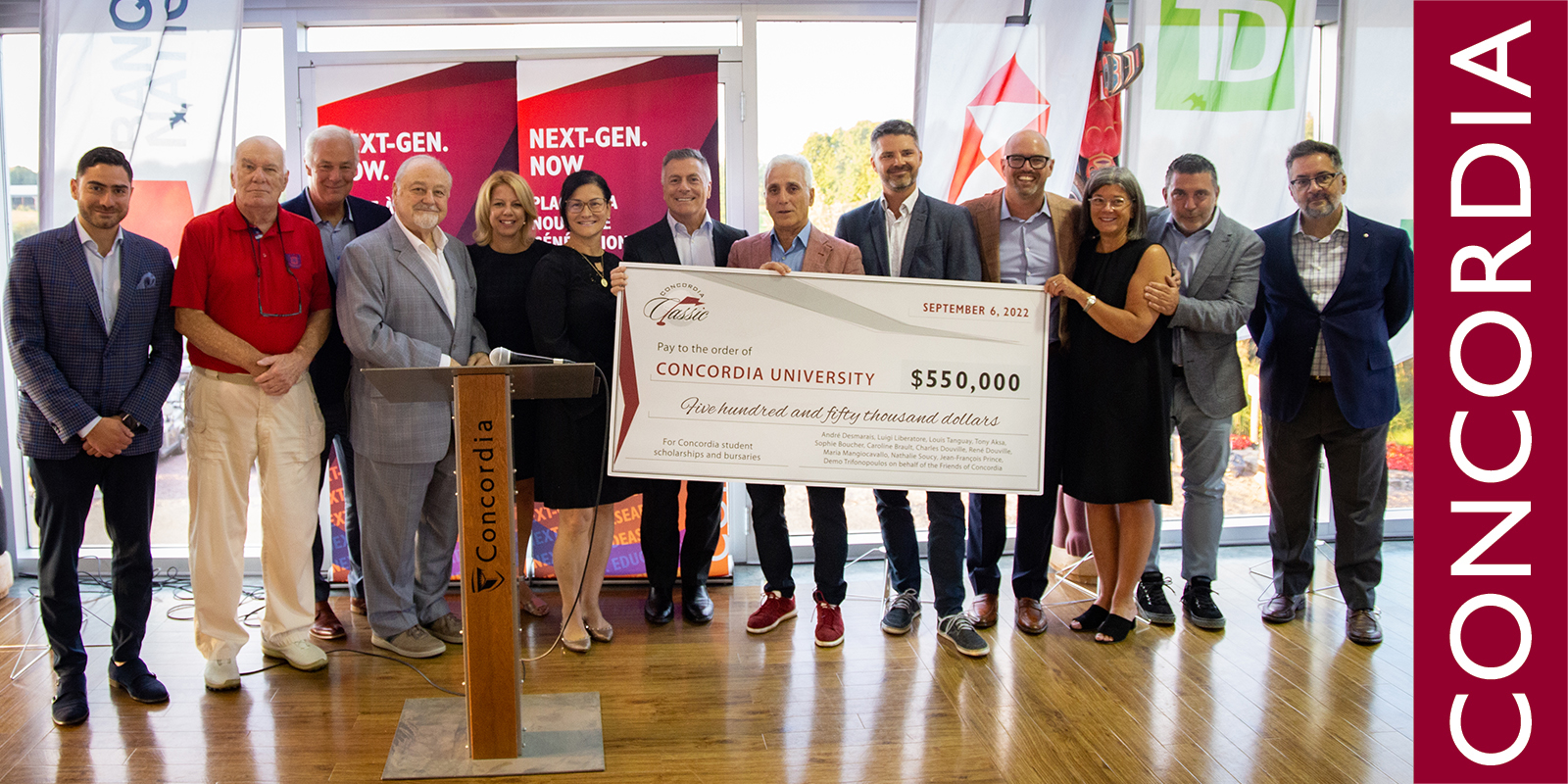 The 19th Concordia Golf Classic tournament and dinner — the university’s premier fundraising event — brought in an impressive $550,000 for deserving students — smashing past records and bringing the total to more than $7 million raised since the tournament’s inception in 2004.

A sold-out crowd of about 150 business leaders enjoyed a beautiful day on the greens at Golf Griffon des Sources in Mirabel, Que. on September 6. Radio personality Frank Cavallaro served as master of ceremonies.

Concordia President and Vice-Chancellor Graham Carr expressed his gratitude to sponsors and participants. “In the context of tight government funding, these bursaries help Concordia remain the inclusive university it’s always been. They also help us attract great talent who otherwise might not have the means to study. We truly appreciate your support.”

More than 1,250 students have benefited from Concordia Golf Classic scholarships and bursaries.

One of those students, Snigdha Gupta, a marketing major at the John Molson School of Business, addressed the crowd at dinner.“Your generosity goes beyond providing a means of financial support for young people like me. It represents ongoing encouragement and a belief in what we can accomplish. Thank you!” she said.

Golf Classic funds are raised through sponsorships and participation sales — and count towards the Campaign for Concordia: Next-Gen Now, the most ambitious fundraising campaign in the university’s history.

“We thank our sponsors and participants for helping to advance the next generation of leaders and changemakers,” said Paul Chesser, BA 94, GrDip 97, Concordia’s vice-president of Advancement. “We are particularly grateful to our volunteer leadership team of executives from all of Quebec’s major banks, for lending their support.”