A path with a view 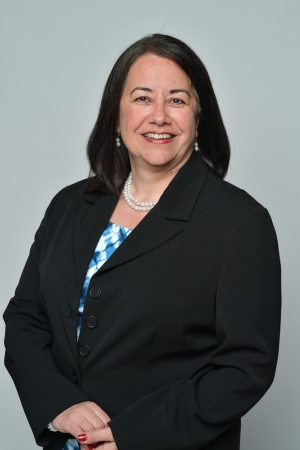 “Being able to ride a bike and do it safely, while enjoying the pleasure of the short summer we have here in Montreal is just amazing,” says Carolina Caruso, BA 81, GrDip 85, about the benefit of bike paths.

The Concordia alumna was actually the one to design the 7-kilometre Lasalle stretch of the popular bike path while completing her fieldwork assignment during her third year as student in the university’s Urban Studies program.

A student in the 1980s, with a budget of only $10,000 and no internet to rely on for information and data, Caruso had to rely on the phone book, a land line and her own two feet.

“Before I designed the path, I knew I had to walk it,” she says. “I walked from one end of Verdun all the way to Lachine. I took note of the places you couldn't really build on the actual land because it was too close to the water or because there were homes in the way.”

Forty years later, the bike path is still one of the most used cycling paths in the city, with the same asphalt and very few potholes, if any, Caruso notes proudly.

Growing up, Caruso was an avid drawer with strong attention to detail. It was her geography teacher at LaSalle Comprehensive High School who suggested she consider a career in the urban planning field.

“There were always troublemakers in every class in high school. One day, our teacher gave us an extra assignment as a repercussion. He told us to go home and design something,” remembers Caruso. “I must have spent about two or three hours on it. I had drawn a whole city and then after class, he suggested I consider an urban planning degree.”

Caruso was one of only three women enrolled in Concordia’s Urban Studies program at the time. She took full advantage of her student years at the university, serving as vice-president of the Urban Studies Association and immersing herself in the abundance of knowledge at her fingertips.

“Meeting people who are experts and professors who came from all over the world to teach at the university was one of the most memorable aspects of Concordia,” she says. “They were so full of knowledge to share with us.”

After graduation — despite the successful completion of the bike path and staying under budget — Caruso was not offered a job, and she eventually reoriented her career path.

Returning to her alma mater, she completed a graduate diploma in Business Administration in 1985. Since then, Caruso has enjoyed a career in fundraising and also teaches Italian. Her passion for municipal politics led her to run for mayor of Lachine and for Lasalle city council.