Steven High: ‘Knowing the history of our communities prepares us for present and future challenges’
|
By Taylor Tower 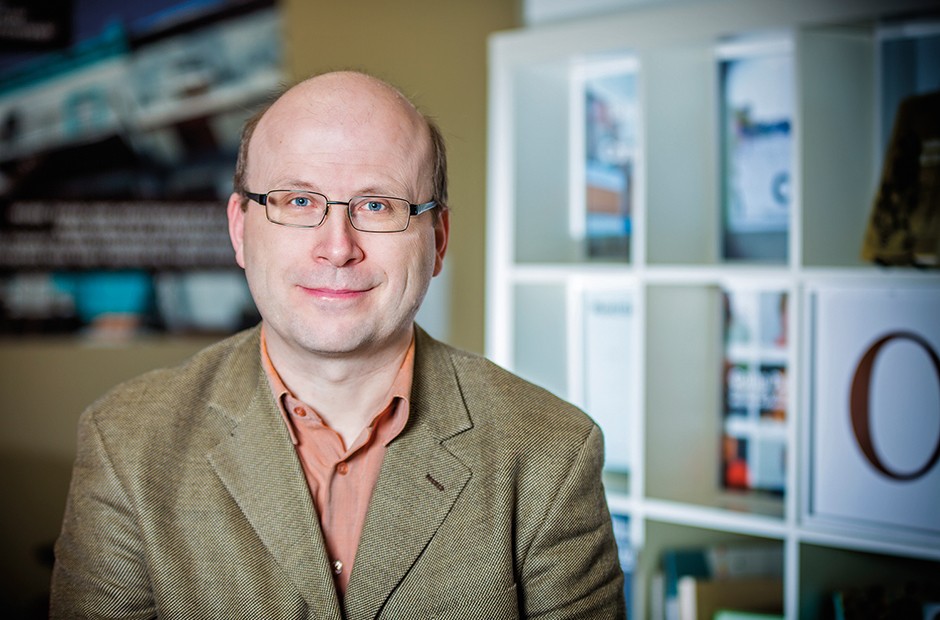 Steven High: "Deindustrializing Montreal speaks to the history of community mobilization and resistance."

Montreal’s Lachine Canal was once the most industrialized area in Canada. In Deindustrializing Montreal: Entangled Histories of Race, Residence and Class, Steven High tells the story of two distinct neighbourhoods on either side of the bustling waterway.

The professor in the Department of History in Concordia’s Faculty of Arts and Science tracks how capitalism, gentrification and urban development shaped the predominantly white, Irish and French Point-Saint-Charles and the multiracial Little Burgundy in very different ways.

“The history of the two neighbourhoods offers us a window into the transformative changes that shaped our world in the late 20th century,” says High, also a founding member of Concordia’s Centre for Oral History and Digital Storytelling.

“Much of the book is grounded in the everyday lives of those interviewed. Their stories made the history of the two neighbourhoods come alive.”

'A neighbourhood's history explains why things are the way they are'

Can you tell us a little bit about the historical shifts in these two neighbourhoods?

Steven High: The decline of the two neighbourhoods began during the early post-war years. The number of manufacturing jobs in the area fell from 28,000 in 1951 to just 7,000 in 1988. These were years of social crisis as those left behind sunk into poverty.

Montreal’s southwest lost half of its population between 1961 and 1991, a rate comparable to the hardest hit cities of the Rust Belt in the United States. Then, over the past two decades, it has experienced rapid gentrification which has priced many residents out of their homes.

Can you tell us more about the ways that deindustrialization is inextricably connected to capitalism, class struggles and racial inequality?

SH: This book finds considerable inspiration in sociologist Satnam Virdee’s appeal for us to recognize the intimate relationship between capitalism, class struggles and racial inequality. To help bridge this divide, I turn to the concept of racial capitalism, which recognizes the extent to which racial differentiation and hierarchy are integral to class structures.

“Little Burgundy” only came to be the name for the area in the late 1960s, as it was the name of the city’s urban renewal project during which much of the area was demolished.

What surprises me, however, is that the demolition of Little Burgundy was undertaken in the name of the uplift of the white francophone working-class who formed a majority of residents. The area’s Black minority was unacknowledged in planning documents and the hundreds of media articles that I consulted.

The area only became synonymous with Black Montreal in the 1980s, thanks to the concentration of public housing which had developed a strong association with the racial ghetto. It was in an effort to displace this stigmatized blackness that the state prioritized the gentrification of former industrial and railway lands in Little Burgundy, going so far as to try to change the neighbourhood’s name yet again. 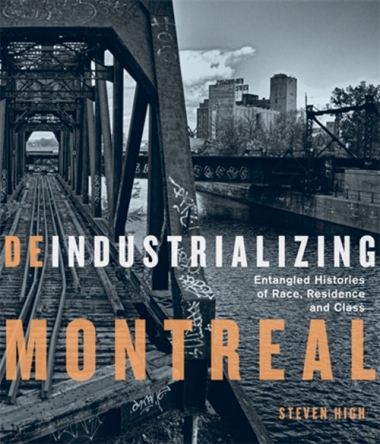 What is being done or what can we as a society and as individuals do to combat the apparent racial violence of capitalism?

SH: I am a firm believer that knowing the history of our communities prepares us for present and future challenges. As a young man from Little Burgundy put it in a workshop: there is a history behind every neighbourhood that explains why things are the way they are.

Deindustrializing Montreal speaks to the history of community mobilization and resistance which has made and will continue to make a difference. Point-Saint-Charles, in particular, is synonymous with place-based activism in Quebec.

Its hard-earned reputation as an activist neighbourhood has been an inspiration to many people. We can learn much from this activist history, but I also raise some hard questions about the accommodationist stance of the community sector and the discourse of “social mix” that too often provides intellectual cover for gentrification. The whiteness of activist circles in the Point contrasts sharply with those of Little Burgundy.

The book speaks to this lesser-known activist history as members of the Negro Community Centre combatted racism in all walks of life and, in later years, a new generation of community groups sought to counter crack, neighbourhood violence and police shootings.

Learn more about Concordia’s Department of History and the Centre for Oral History and Digital Storytelling.