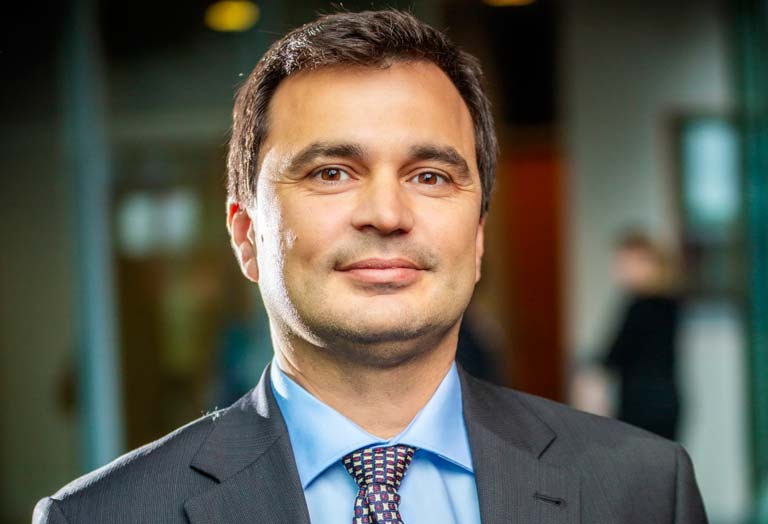 Marius Paraschivoiu has joined the Concordia’s Office of the Provost and Vice-President, Academic, as vice-provost, planning and student experience. This position capitalizes on his academic leadership abilities and drive to further improve how students can benefit from the university.

His one-year term begins on July 6. Paraschivoiu assumes the position after having served as associate dean of academic affairs in the Gina Cody School of Engineering and Computer Science since 2018. In this role, he was also responsible for environmental health and safety.

“Marius is a welcome addition to our leadership team,” says Anne Whitelaw, interim provost and vice-president, academic. “He has a deep understanding of Concordia — as a professor, a researcher and an administrator. He has excelled as a strategic leader with a consistent track record of meaningful accomplishments across his many roles at the university.”

“Marius is also well known for his innovative spirit and commitment to good governance, and will provide important leadership of the Enrolment and Student Services sector as we build our strategic enrolment planning capacity.”

Whitelaw adds that Nadia Hardy has done a superb job supporting the sector on an interim basis.

“Since July 2019, Nadia has brought her ease of leadership, strategic thinking and clear vision to the enrolment and student services. She was invaluable in helping to keep the Office of the Provost running smoothly during that transition period as she also carried out her responsibilities as interim deputy provost and vice-provost, faculty development and inclusion during that time,” says Whitelaw.

As vice-provost, planning and student experience, Paraschivoiu will oversee the continued growth and advancement of the university’s academic planning capacity. This includes working with the directors in Enrolment Services, the Executive Director Student Services, the School of Graduate Studies and the faculties in developing an integrated enrolment management plan, academic recruitment and retention strategies, and further improving the experience of Concordia students.

“This opportunity grants me the pleasure of working alongside an incredibly talented group of colleagues who are equally committed to further improving the student journey.”

Paraschivoiu has supervised more than 40 graduate students. His own research focuses on developing algorithms for more accurate simulations in the area of computational fluid dynamics. Paraschivoiu has published more than 60 journal articles in the field. From 2006 to 2016, he held a Concordia University Research Chair Tier II in Simulations for Clean Energy Production and Storage.

Find out more about Concordia’s Office of the Provost and VP, Academic.