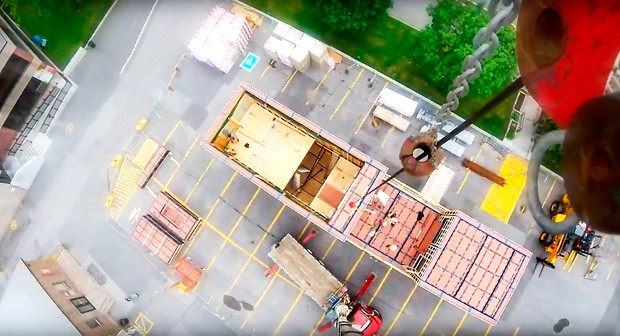 On Tuesday, August 29, Eric Filion of Hydro-Québec, along with Pierre Arcand, Quebec’s minister of Energy and Natural Resources, visited Concordia’s Loyola Campus to announce a $250,000 gift that will help propel TeamMTL to the Solar Decathlon China.

"Our government’s energy policy is clear: the success of our energy transition hinges on innovation,” Arcand said. “Projects like those of TeamMTL will enable us to reach our GHG reduction targets and use the energy we do consume more efficiently.”

The team — made up of students and faculty from both McGill and Concordia — will use the funding and in-kind support to complete construction of an innovative row house called the Deep Performance Dwelling (DPD). It’s their entry for the international competition taking place next year in the city of Dezhou, China.

“With the support from Hydro-Québec and the Government of Quebec, TeamMTL now has even more momentum going into the Solar Decathlon competition. These young urban leaders are making a difference in proposing solutions to create sustainable cities.”

Filion, who is Hydro-Québec Distribution’s vice-president of clientele, says the public utility is proud to be supporting the team’s innovative effort.

“TeamMTL’s vision and creativity dovetail perfectly with our drive to play a central role in the emerging zero-carbon economy,” he added.

“We salute their work thus far and will follow their progress closely.” 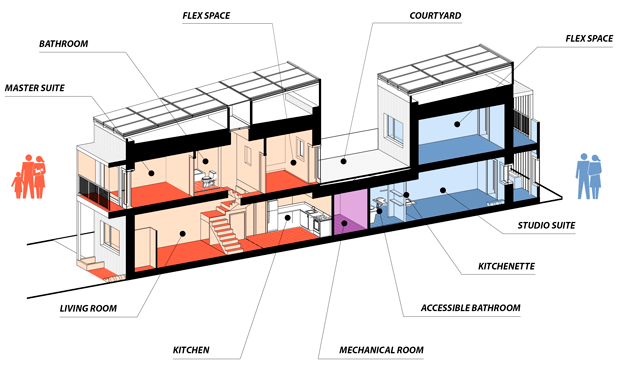 The gift is a huge boost to the only Canadian team competing in the event, which challenges groups of university students to spend almost two years designing and building energy-efficient houses powered by the sun.

“We are extremely grateful and excited that Hydro-Québec is willing to support us throughout this significant research endeavor,” said Sophie Jemtrud, communications lead for TeamMTL.

“The opportunity to work with industry partners in the design and construction of a home that is a model of sustainability and affordability is rare, and it’s an invaluable learning experience for our student team,” she added.

The support of a prestigious company like Hydro-Québec will go a long way toward ensuring our success in the Solar Decathlon China 2018 competition.”

The Deep Performance Dwelling is officially open to the public for visits at Concordia’s Loyola Campus (7141 Sherbrooke St. W.).

Find out more about Concordia’s Faculty of Fine Arts, Faculty of Engineering and Computer Science and the John Molson School of Business.