A 12-hour tribute to Anton Webern, who tried to free music from tonality

On Tuesday, stop by Sandeep Bhagwati's durational performance and chat about "anything from serial dodecaphony to military occupations"
|
By Tom Peacock 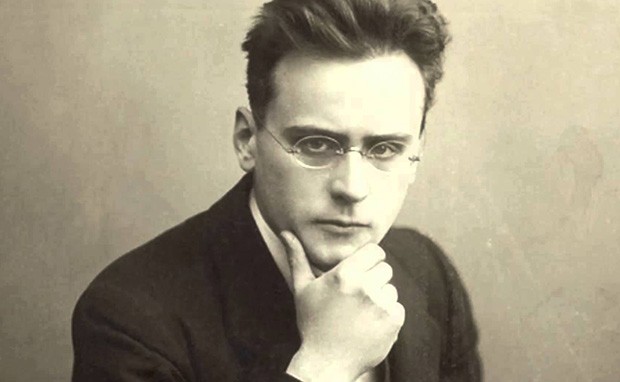 Anton Webern: "Someone once said that in Webern's music, a novel would last as long as a sigh, and there's a love story in every trill… He tried to reduce it to its essence."

Seventy years ago this Tuesday, the seminal 20th-century composer Anton Webern stepped out of his house in Mittersill, Austria, to enjoy a cigar and was shot to death by an American soldier. It was 1945: Webern's homeland was occupied by the Allies.

From 6 a.m. to 6 p.m. on September 15, Concordians can mark the anniversary of this tragic event in a novel fashion, by joining Slovakians, Greeks, Swedes and music professor Sandeep Bhagwati for a World-Wide Webern.

Bhagwati is putting on a 12-hour performance in his matralab research centre, on the fourth floor of the Engineering Computer Science and Visual Arts Integrated Complex (EV). As well as improvising with visiting musican friends, he plans to "sit and write and talk and compose, share Austrian food — and perhaps even go out for a smoke."

Interested parties are welcome to stop by and discuss "anything from serial dodecaphony to military occupations, from cigarettes to compressed emotions, from art in dictatorships to the beautiful valley of Mittersill."

But who was Anton Webern, exactly? We asked Bhagwati.

When did you first become interested in Anton Webern?

﻿Sandeep Bhagwati: I grew up in Europe, where he's pretty much a staple in music education.

I was fascinated by the music, and that continued throughout my studies. A composer of orchestra and chamber music today has to be exposed to Webern. Like Beethoven and Mozart, he's one of the big ones.

Tell us a little bit about his music.

SB: Someone once said that in Webern's music, a novel would last as long as a sigh, and that there's a love story in every trill. It's condensed with emotion. Before him music was very expansive, wallowing in emotions, but he tried to reduce it to its essence.

His pieces are all short, five or six minutes, with very few notes. His entire output from his life is six hours of music. If you look at the scores, they are very spare and sparse. He packed a lot of emotion into very few movements and gestures. Every single note matters, you can't skip over anything. Everything is important.

﻿Why are you honouring Webern with a 12-hour performance?

﻿ SB: He was part of a movement to try to free music from tonality, by introducing a new system called dodecaphony, which means a composition with 12 pitches.

The basic unit of music is an octave, which has 12 pitches. They decided to use all of the 12 pitches in equal measure. If you play one pitch, you cannot play it again until you play all the others. That's the theory, but in practice they would deviate from that slightly.

Webern found new ways of creating order in that seemingly chaotic situation. He was very interested in forward, backward and vertical symmetry and all kinds of stuff that creates order without having a central focus.

﻿Does this play into your own compositions, as well?

﻿What is a Webern Clock?

SB: The number 12 plays a great role in music. Another 12 that plays a big part in our lives is the clock.

My friend Karlheinz Essl has created a little software clock that chimes in a Webern series every quarter of an hour. Webern had a special mathematical system for using the right sequence of tones. The software chooses a Webern sequences and plays one of them every 15 minutes.