Art and activism at Encuentro 2014 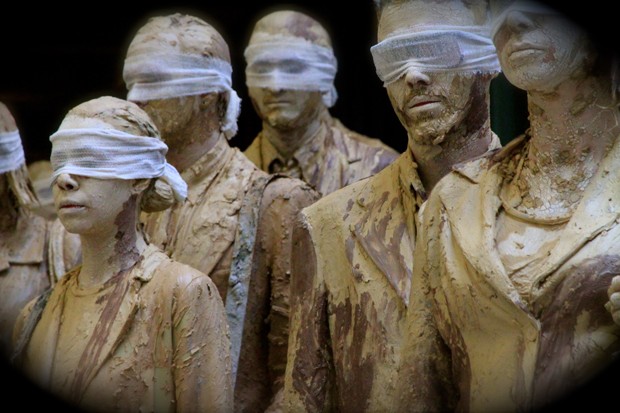 Experimentation, dialogue and intellectual collaboration will take centre stage at Concordia next year when the university teams up with the Hemispheric Institute of Performance and Politics to host the Encuentro in June 2014.

Part academic conference and part performance festival, the Encuentro is held biannually at various sites in the Americas: Montreal is the first Canadian city, and only the second outside of Mexico, Central and South America to host the event since its inception in 2000.

The 2014 Encuentro — entitled MANIFEST! Choreographing Social Movements in the Americas — will bring together more than 700 scholars, artists, activists and students for a program of lectures, discussions, exhibitions and workshops that explore the intersection of performance and politics.

Concordia was initially approached by the Hemispheric Institute of Performance and Politics (or the “Hemi”) because of its strength in the area of performance studies and its locale.

“Concordia’s location in Montreal and in Quebec offered the Hemi a chance to break into new territory and reach different cultures,” explains Graham Carr, the university’s vice-president of Research and Graduate Studies.

“Hosting the Encuentro also allows Concordia the opportunity to partner with an organization long known for its affiliation with top-tier American universities. This is a great way for us to be visible in a new way and be part of something really special.”

According to Stephen Lawson, visiting artist in the Department of Theatre and Montreal producer of the Encuentro, the Hemi was very keen to bring the pan-American event to this university in particular.

“Concordia is the major art university in Canada,” says Lawson. “The practice and theoretical research-based work being done here is an extremely good match for the Encuentro.”

Hosting the event is not only expected to help Concordians connect with other researchers across the country: outreach to members of various Canadian cultural organizations will cement the university’s reputation as a major player in the local, national and international arts scene.

“It’s important for the cohort of delegates coming from elsewhere in the Americas to see how Concordia, Montreal and Quebec are unique,” Carr says.

From June 21 to 28, 2014, artists, activists and scholars will congregate at Concordia to investigate the aesthetic, social, and choreographic techniques that transform political ideas into collective images, through actions, embodied utterances and ways of being.

Although most sessions will only be open to delegates, main stage performances at Théâtre Outremont will be open to the public on the evenings of June 20 (preview) and June 28. Encuentro 2014 will also feature exhibitions, screenings and a public intervention — open to all and free of charge.

“Participating in an Encuentro is becoming part of a network: it’s empowering,” says Lawson. “As North Americans, we often look to Europe and Asia for affinities, but we share profound cultural histories with the south. The hope is for participants from both hemispheres to have their perspective turned upside down.”

UPDATE: The deadline for proposals for the 2014 Encuentro is now Wednesday, October 9. Programming and registration details will be announced shortly.