One of Canada’s top Indigenous art curators and academics addresses the low number of Inuit professionals currently employed across the arts
|
By Andy Murdoch
Source: Faculty of Fine Arts 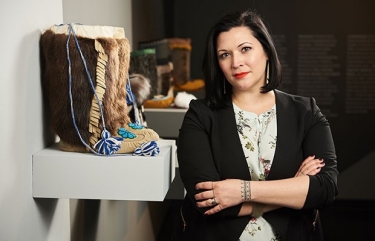 Heather Igloliorte has been what you might call super busy for a long time.

So far this year, she broke ground on a new Inuit Art Centre in Winnipeg that she is co-curating, signed on as a juror for the Sobey Art Award, was presented with the 2018 Art Journal Award by the College Art Association, and broke 50,000 points on her Aeroplan card flying around the world, acting as curatorial consultant and scholar, connecting with other Indigenous artists and curators.

But something big happened this month that she hopes will change her work forever.

With this grant, she will develop The Pilimmaksarniq/Pijariuqsarniq Project: Inuit Futures in Arts Leadership. Her goal is to radically increase Inuit participation in arts research and arts-based professional practice.

The SSHRC grant addresses a problem she’s battled throughout her career: the dearth of Inuit leadership in arts research and the low number of Inuit professionals currently employed across the arts.

“I travel a lot and I really love my work, but I want to see more Inuit colleagues who are also doing this work,” she says. “We need to recruit more Inuit students into these programs!”

For decades, Inuit artists have made up the highest per capita population of artists across Canada. Some communities report as much as 25 percent of Inuit residents employed at least part-time in the arts.

“But I don’t think we are doing enough to inform them of the kinds of careers that they could have in the arts in terms of professional positions. Not just as curators or museum staff, but also in the film industry, for example, where we don’t have a cache of sound designers or other post production specialists, or in theatre, or arts administration.”

“Think about how beneficial it would be to have people in all these other professions. It would really advance the arts in an exciting way.” 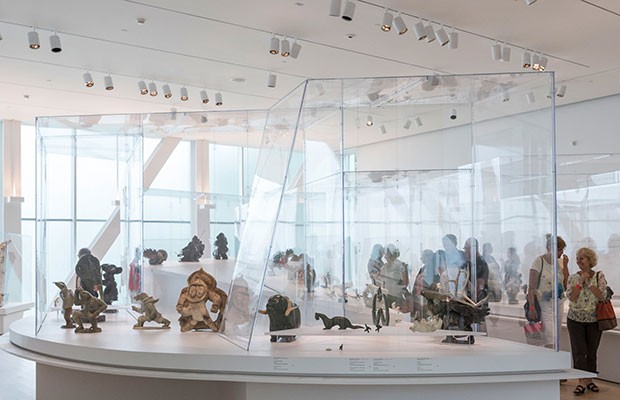 Her current research on bringing Inuit Qaujimajatuqangit [Inuit traditional knowledge] into the art world earned her the 2018 Art Journal Award, presented by the College Art Association (CAA) in Los Angeles this past February.

“It was an incredible honour and total surprise. The adjudicating committee were scholars that I very much admire who are quite knowledgeable in postcolonial and Indigenous studies.”

Her article “Curating Inuit Qaujimajatuqangit: Inuit Knowledge in the Qallunaat Art Museum,” published in the summer of 2017, looked at the work she did on the permanent exhibition of Inuit art at the Musée National des Beaux-arts du Quebec from 2014-2016.

Working with a collection of a few thousand pieces donated to the museum by Quebec collector Raymond Brousseau and his wife Lyse, Igloliorte proposed a new way to look at Inuit art.

“I asked myself: How can I tell a different story about these works?”

For example, she explains, when western audiences look at a sculpture of a “dancing bear,” the word whimsical is often used. But when Igloliorte or another Inuk looks at it, they might see how a bear sniffs the air when it’s hunting or how it stands on one leg to catch a scent.

Inuit art is a beloved art form in southern Canada, she continues, but there has always been a historic disconnect because of the distance between makers and buyers.

“Because there are so many Qallunaat [non-Inuit] people working with Inuit art collections, it creates a situation where we haven’t had our own perspective as equally represented. It’s about decolonizing institutions, but it’s much more about restoring Inuit knowledge in the collections.”

Inuit curators provide a perspective that has yet to be fully explored in an exhibition context, Igloliorte says – but that is rapidly changing. 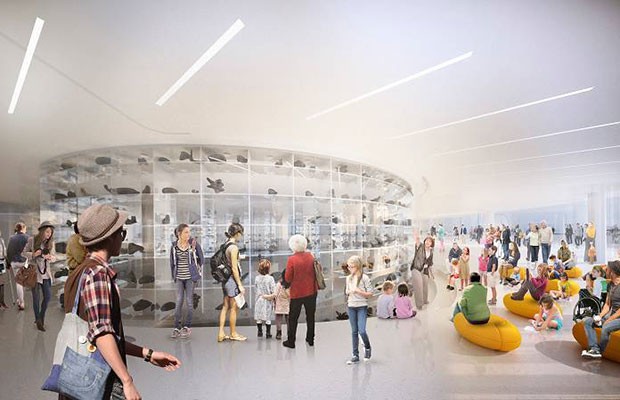 Igloliorte was in Winnipeg in May, breaking ground for the Winnipeg Art Gallery’s new Inuit Art Centre (IAC), scheduled to open in 2020. What started off six years ago as a consultation job has grown exponentially.

She has taken a leading role in the development of the IAC, collaborating with the WAG on aspects of the new building (such as commissions and programming), and Co-Chairing the WAG’s Indigenous Advisory Circle with the University of Winnipeg’s Dr. Julie Nagam.

She and three young Inuit curators are also working on a major inaugural exhibition in the 8000 square foot main gallery space. As team lead, she handles administrative work and contact between the museum and the curatorial team.

“It means I am responsible for doing all the paperwork,” she jokes, “As well as advocating for whatever we need in order to bring our vision to light.”

The curators represent all regions of the Arctic – a Canadian first. From east to west, Igloliorte is from Nunatsiavut; filmmaker Asinnajaq, from Nunavik but currently residing in Montreal, is on the curatorial team for the Venice Biennale (and worked on Tillutarniit at Concordia); Krista Ulujuk Zawadski of Nunavut, is the curator of Inuit art for the Nunavut government; and Jade Nasogaluak Carpenter, an artist from the Inuvialuit region of the NWT, who is a curatorial resident at the Banff Centre for the Arts.

Igloliorte says they will make collective decisions around who the artists are, the theme and the concept behind the show.

“We want to do something that surprises people,” says Igloliorte. “You will be amazed at what you see, because there is so much out there that doesn’t fit into the common idea of Inuit art. I am very excited about it.”

‘We are really growing something exciting here’

Launching The Pilimmaksarniq/Pijariuqsarniq Project will be top of mind for Igloliorte this summer. Its goal is to provide training and mentorship opportunities to Inuit students that are grounded in Inuit knowledge and values.

“I have a lot of support at the university. We have partnered with Inuit organizations, arts institutions, and universities and colleges that have a lot of Inuit students and find new pathways for their success in the arts.”

To accomplish this, Igloliorte cannot rely on Concordia alone. She has assembled an all-Inuit team of researchers and art practitioners from across Inuit Nunangat (the four Inuit regions of Canada) and faculty from colleges and universities across Canada, such as the University of Winnipeg and NSCAD University.

“I really hope it helps to recruit Indigenous students to Concordia and that they see that there is an opportunity there for them here, especially in the Faculty of Fine Arts, where we have a strong cohort of Indigenous faculty members.”

“We are really growing something exciting here. We’re on the cusp of something. We’re not quite there yet, but we’re putting things in place that will position us favourably in the future.”

Listen to Heather Igloliorte speak with Award winning singer/artist Tanya Tagaq in a wide ranging conversation about arts and culture and creating and celebrating indigenous communities/experience. Moderated by Craig Offman.