To the LAC community,

It is with a heavy heart that I must announce that our colleague, teacher and friend Virginia Nixon passed away on December 9th, 2015. She was a gallant spirit who fought illness for many years. I know that all of us admired her courage, generosity and grace under difficult circumstances. She was universally beloved and will be sorely missed. Here is a brief obituary for a truly extraordinary woman. 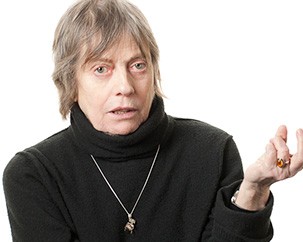 Virginia Nixon (née Lambe) died of cancer on December 9, 2015, at 1:15 p.m., in the Balfour Mount Palliative Care Unit at the McGill University Health Centre (MUHC). She had been diagnosed as having stage III fallopian tube cancer, and was operated on, in the fall of 2000, and subsequently was treated with chemotherapy.

Ginny enjoyed a long and productive career as a journalist and academic. She was an art critic at the Montreal Gazette for twelve years and for thirty years was a part-time fellow at Concordia University’s Liberal Arts College where she taught courses in art history and music history, and was much appreciated by her students and colleagues over the years.

She was an active member of the housing coop La tour des alentours, an avid practitioner of Capoeira Angola and had a passion for research, for presenting at academic conferences and for travel in Europe.

Ginny is survived by her husband Laurie, her children Martin, Sarah, Judy, Judy’s husband Noel, Anna and David as well as her grandchildren, two sisters and many cousins, nieces and nephews. She will also be sorely missed by many friends in North America and Europe.

There will be a private burial in the Mount Royal Cemetery and in January a public commemoration of her life at a date and location to be determined.