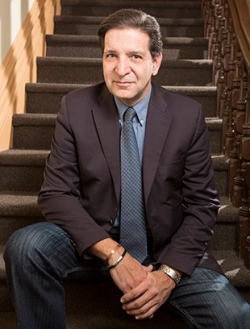 Perry’s responsibilities include the recruitment and admission of students to the Undergraduate and Graduate Programs. He is the academic advisor for both the Undergraduate and Graduate Programs. He is also responsible for all aspects of the School's undergraduate internship program. Furthermore, he assists the Principal with various administrative and operating tasks, as well as with curriculum planning. Perry has also been involved in the voluntary sector for many years.

Perry has also been involved in the voluntary sector for many years. He is presently President of the Board of Directors of the Park Extension Youth Organization (PEYO). He also serves on the Board of Directors of the CSSS De la Montagne, the CEDEC and CDEC Centre –Nord.  Perry was also Concordia University’s representative on the Canadian Advisory Committee of CED Ukraine project as well as on the project Joint Steering Committee. He was retained on several occasions as a consultant by the Canadian Bureau for International Education.  He is also  a member of the governing board of Dunrae Gardens. In the past, Perry chaired and was a member of various committees at Centraide of Greater Montreal. In 2013, he was awarded The Queen Elizabeth II Diamond Jubilee Medal for his community engagement.