Why are some science teaching practices so successful?

An international research initiative, co-led by Concordia, looks for answers
|
By Christian Durand 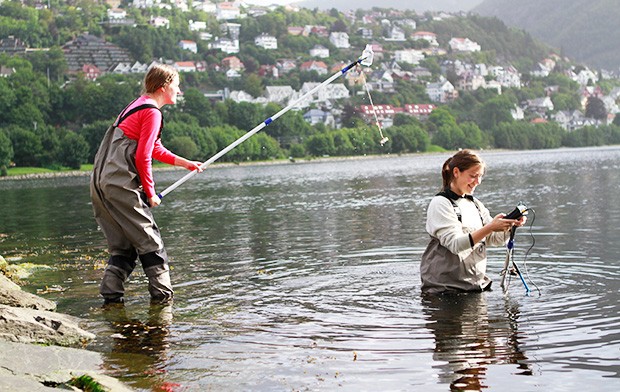 “We know that these projects work, but we need to dig deeper to fully understand why.” | Photo: Christian Irgens

Two award-winning projects have garnered international praise for their dynamic approach to teaching and learning.

Now, a Concordia-led team from the Centre for the Study of Learning and Performance (CSLP) will look extensively at both in order to understand how these successful pedagogies can be applied to other areas of science education. 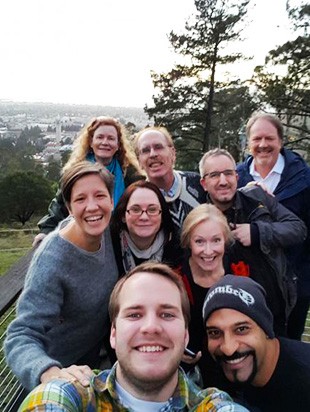 The first project, at the University of Bergen (UiB), Norway, is a mandatory master’s class in biology, which challenges students to actively collaborate with the municipal government as part of their surveillance program on local water.

The second is an education program from the University of California, Berkeley that’s changing how middle schoolers learn physics and astronomy and leading to dramatic increases in math comprehension.

“We know that these two projects work, but we need to dig deeper to fully understand why,” says Venkatesh. “This is the only way we can export these pedagogies successfully to maximize their benefits for students and society alike.”

A biology boot camp for a new generation of scientists

“Generally speaking, scientists suck at communication,” says Pittman, a Canadian expat whose marine research focuses on global challenges surrounding the sustainable consumption and ecological preservation of oceans. “And this is a problem because science is the backbone of an informed society.”

For the last five years she has been trying to address this issue through the obligatory master’s-level class offered every autumn at UiB.

The 40 to 60 students in the class take, analyze and interpret water samples. They then present their findings to the municipality, which uses the results to manage the city’s drinking and bathing water.

Here’s where it gets interesting: Half the students prepare traditional oral presentations while the other groups are charged with creating artistic presentations of their findings.

This has resulted in the creation of dramatic films, podcasts and interpretive dances to communicate scientific findings to the local government.

“The results from the arts-based presentations have been astonishing,” says Pittman. “What we’re seeing is that these students are not only getting a deeper understanding of their research, but they are translating it in a way that the public can understand and engage with.”

“Essentially, this is helping us form modern scientists who understand that their work has social impact,” she says.

The class has been so successful that it has garnered numerous prizes in Norway for teaching, education and academic quality. Pittman herself will accept the Norwegian Olav Thon National award for excellence in education on March 3.

A hands-on approach to math and science

In 2014, astrophysicist Carlton Pennypacker and his team conducted a pilot program with middle-school children in California called the Afterschool Science and Math Integration project. The goal was to integrate math skills with interesting concepts and hands-on activities in astronomy-based science in order to improve the students’ fundamental understanding of algebra.

“The kids really hate math coming in, and I don’t blame them — it’s taught so horribly,” says Pennypacker. “What the program tries to do is get them to appreciate math and science so that they can become active, well-informed citizens.”

Students work in small teams to create models — visual creations that are either physical or conceived on a computer. They tackle concepts such as the relationship between the earth, sun and moon to describe eclipses or the role of gravity in the solar system.

Initial results have shown dramatic improvements in learners’ understanding of common mathematics. Compared to tests scores taken before the program, participants improved their scores by 93 per cent by the second semester of the school year.

Toward a deeper understanding of learning

“It would be tempting to say that these projects work because they are fun,” says Venkatesh. “To me this doesn’t capture the whole picture, so we need to take a hard look at comprehensive data to understand how things such as the learning cultures that support students or the cognitive mechanisms used in learning activities are impacting overall pedagogies.”

The evaluation of these teaching methods rests on identifying and developing transferrable skills and asking stimulating questions. Students and staff taking part in the project will participate in seminars, workshops, conferences, research projects, publications and training exercises.

This will start the process of integrating evidence-based tools and techniques into science education curricula through the exchange of Norwegian students and staff between UiB and Concordia.

Their end goal is to understand the optimal conditions for the implementation of novel models of science education, Venkatesh says. “Essentially, we’ll  meld instructional design, measurement and evaluation, public humanities and science journalism standpoints to better find out what works in arts-based science education and why.”

The project will take place over three years and is worth 3.9 million Norwegian Kroner (around $630,000 Canadian dollars).


Learn more about research in Concordia’s Centre for the Study of Learning and Performance.