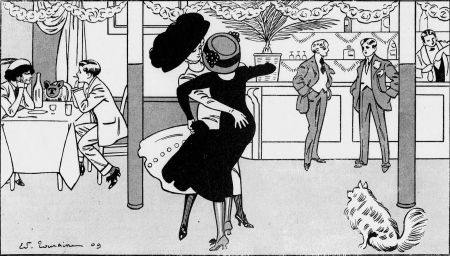 Through various case studies, this course will examine the intersection between gender, sexuality, and the interior during the nineteenth century in France, from the aftermath of the French Revolution up to the interwar period. France was considered as a leader of taste. This idea will be discussed in order to understand and question it. We will critically explore how different interiors were gendered or sexualized, how they fluctuated throughout this period and what this implicated. The long nineteenth century corresponds to a period of rapid and radical change, politically, socially, technologically and artistically. It coincided with the creation and consolidation of sexist, racist, homophobic and transphobic ideologies that impacted greatly the French interiors. A particular attention will be given to the critical theories and the notions of gender and sexuality in conjunction with class, race and the marginalized. The domestic interior will be studied as well as public and commercial interiors including theaters, train stations, department stores, cruise ships and more. Fundamentally interdisciplinary, this course will introduce students to the topics of interior design history and the methodologies and literature useful for studying historical interiors.