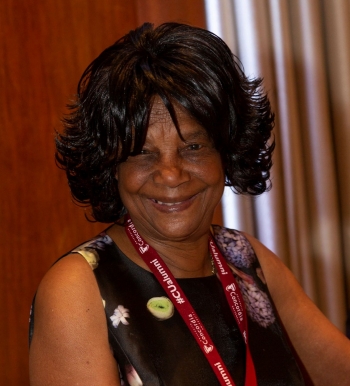 “Of 36 students in my class, I was the only woman — and I sat in the front row,” recalls Lillian Jackson, BComm 77, BA 82, MA 88, who arrived at Loyola College, one of Concordia’s founding institutions, in 1972. “The professor came up to me and asked, ‘What are you doing here?’ I smiled and said, ‘I’m representing my gender and doing a damn good job.’”

At the time, few women took math and business classes, yet Jackson was determined. She had talent and was eager to learn.

“Coming from England, I would take no nonsense from anyone,” says Jackson, who had recently arrived in Montreal with her sisters. Not knowing much about Canada beforehand, she was impressed by what was then Canada’s biggest metropolis. Working full-time at CP Rail during the day, she attended classes in the evening.

Jackson has fond memories of her university days, studying hard and making friends, visiting her teachers in their offices and going out for hot chocolate with classmates. Among her most precious reminiscences is her enormous feeling of pride at graduation, receiving the degree she had always wanted, with her mother looking on.

The ‘heart of Science College’

A true pioneer, Jackson became one of Concordia’s first Black graduates in her program, after the 1974 merger of Loyola College and Sir George Williams University. She went on to earn two more degrees at Concordia: a second undergraduate degree in economics in 1982, and a master’s in Public Policy and Public Administration (MPPPA) in 1988. “I was proud to be the first economics graduate to enter the MPPPA program,” she says. 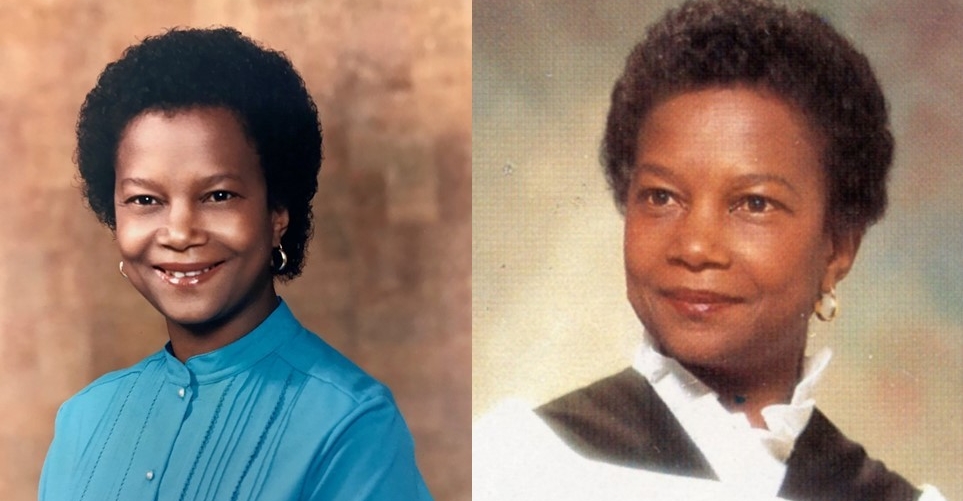 Lillian Jackson in an undated photo, and when graduating with her second Concordia degree in 1982.

Jackson later co-authored a book with Guy Lachapelle, professor in the Department of Political Science. Public Policy and Public Opinion: A Bibliography was published in 1994. She was also invited to become a member of the Golden Key International Honour Society.

A dedicated member of her local community, she served on the board of directors of the Centre de santé et de services sociaux Cavendish in the Montreal neighbourhood of Côte Saint-Luc.

Jackson’s love of Concordia kept her tied to the university, and she joined the staff in 1994. As assistant to the principal of the Science College for the next 25 years, she had a huge influence on students from the moment they applied.

“Miss Lil” as she was nicknamed, helped students register for courses, navigate the university system and understand requirements. She also had an advising role and provided interpersonal support.

“Lillian really was the heart of the college,” says Emma Despland, acting principal of the Science College and professor in the Department of Biology since 2002. “She established a feeling of collegiality that lives on today” in the tight-knit community, which includes up to 70 students and 30 fellows at any given time.

“Lillian had just the right balance in being warm and supportive, but also encouraging students to transcend their limits and go beyond,” says Despland. “She was almost fierce in defending students and standing up for them.”

One of those students was Magali Merkx-Jacques, BSc 02, now a planning and policy analyst at the National Research Council of Canada.

“Lillian was a champion for Science College students, especially people of colour, minorities and women. She would take you to task if you were wrong, but you knew she always had your back,” says Merkx-Jacques. “It was great to have this example of a strong, professional leader, who was at the same time personable. Having someone of colour in a leadership position at the Science College was huge for me.”

Jackson helped students secure internships outside Concordia and found funding for them to travel internationally. In addition to her student-focused responsibilities, she organized the Science College’s high-profile annual public lecture series.

Her extraordinary efforts were recognized with the Award for Exceptional Service to the Faculty of Arts and Science in 2006. In May 2019, at the Science College’s 40th anniversary celebration, she received a special honour with the creation of a student award fund in her name. The Lillian Jackson Bursary fund supports Science College students demonstrating financial need. Additional donations are needed to endow the bursary so it may live on for generations to come.

After 25 years of service to the Science College, Jackson retired in 2019. She remains active in her church and community.

She still lives in the same house near Loyola Campus in Montreal’s Notre-Dame-de-Grâce neighbourhood and, over the years, has kept in touch with many Science College graduates, receiving news of their accomplishments and career milestones, and even wedding invitations.

“I love my university,” says Jackson, adding that she is most proud of her students. “For me, it’s a great achievement to see them succeed.”