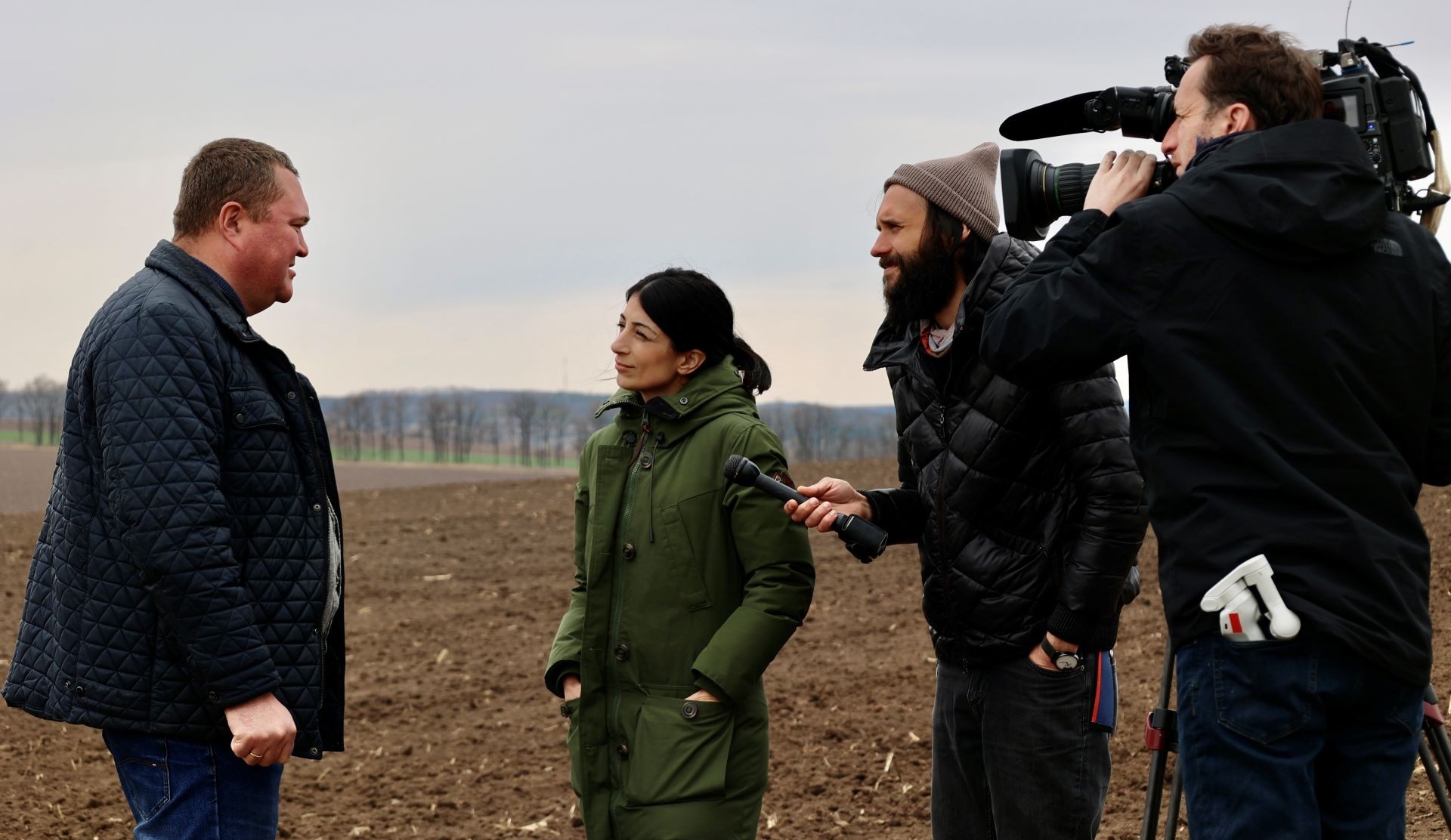 What was the most important thing Concordia did to help CTV News reporter Daniele Hamamdjian, BA 06, get where she is today — covering the big news out of Europe from the network’s London bureau?

It rejected her application to the Journalism program.

She still has the 2002 letter. Hamamdjian, then 20, didn’t turn away. She dug in, took “every journalism class I could without being in the program, shadowed reporters and did everything I could.” The next year, she walked into former director Enn Raudsepp’s office. “I handed in my application, and I said, ‘Thank you for rejecting me; you made me want this more.’”

Hamamdjian is still philosophical about it. “Rejection just builds character,” she says. Little did she know her determination would have her covering everything from potholes to prime ministers, wars and weddings (Prince Harry and Meghan Markle), monarchs and migrants, with just enough time to raise two girls, now six and three.

And if covering a war zone is tough, try telling a six-year-old you have to go away — again — because of your work. “It’s by far the hardest part of the job,” she says. “Having to say why Mommy has to go was as hard as anything I saw in Ukraine,” where she has done three tours in the region, covering a brutal war.

‘The one story that has made it all worth it’ 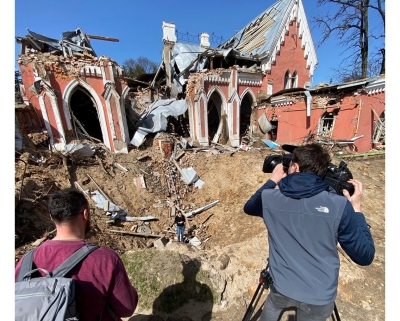 Some stories are hard for a reporter to shake. They stir persistent emotions and often rage. The war in Ukraine would be an obvious source. But when Hamamdjian is asked to share a story that has gripped her, she chooses another.

Hamamdjian went to Ireland for Pope Francis’s visit in 2018 and covered a story on an Irish priest who had been transferred from Dublin to Guelph, Ont., in the early 1970s, after a woman complained that he had touched her sons. She then found a man in London, Ont., who remembered that priest.

“He said, ‘This priest would tell the story of a boy who had disobeyed his father, who was a bank manager, and he went into really specific details,’” including the fact the boy had been locked in an air-tight room.

Her voice thickens. “The interview aired, and then I find out there was another man in London, Ont., who had watched the piece, whose father was a bank manager, and who broke down in tears because the story triggered his memory. And in that moment, he realized why he had been claustrophobic all these years — because that priest had assaulted him in the bathroom of a church in Guelph, Ont.

“To this day, he and I are still in touch. He had the courage, the bravery to sit down for an interview after that — and every time I’ve had moments where I’ve second-guessed myself or questioned my career path — I think of him. And that is the one story that has made it all worth it.”

‘A great time to experiment’

Born in Cairo, Egypt, in 1982, spending most of her first four years in Alexandria, Hamamdjian, her older brother and parents moved to Los Angeles and lived in Beverly Hills. Many of their friends, who had also been raised speaking French in Egypt, had moved to Montreal. Two years on, they moved to Laval-des-Rapides.

After Collège Regina Assumpta, she made “a big mistake” in trying science at Dawson College. Her English teacher told her she was a good writer, and that helped reset her view of herself and what she might want to do.

Suddenly, 9/11 shattered everyone’s serenity, and Hamamdjian knew — she wanted to be a journalist. 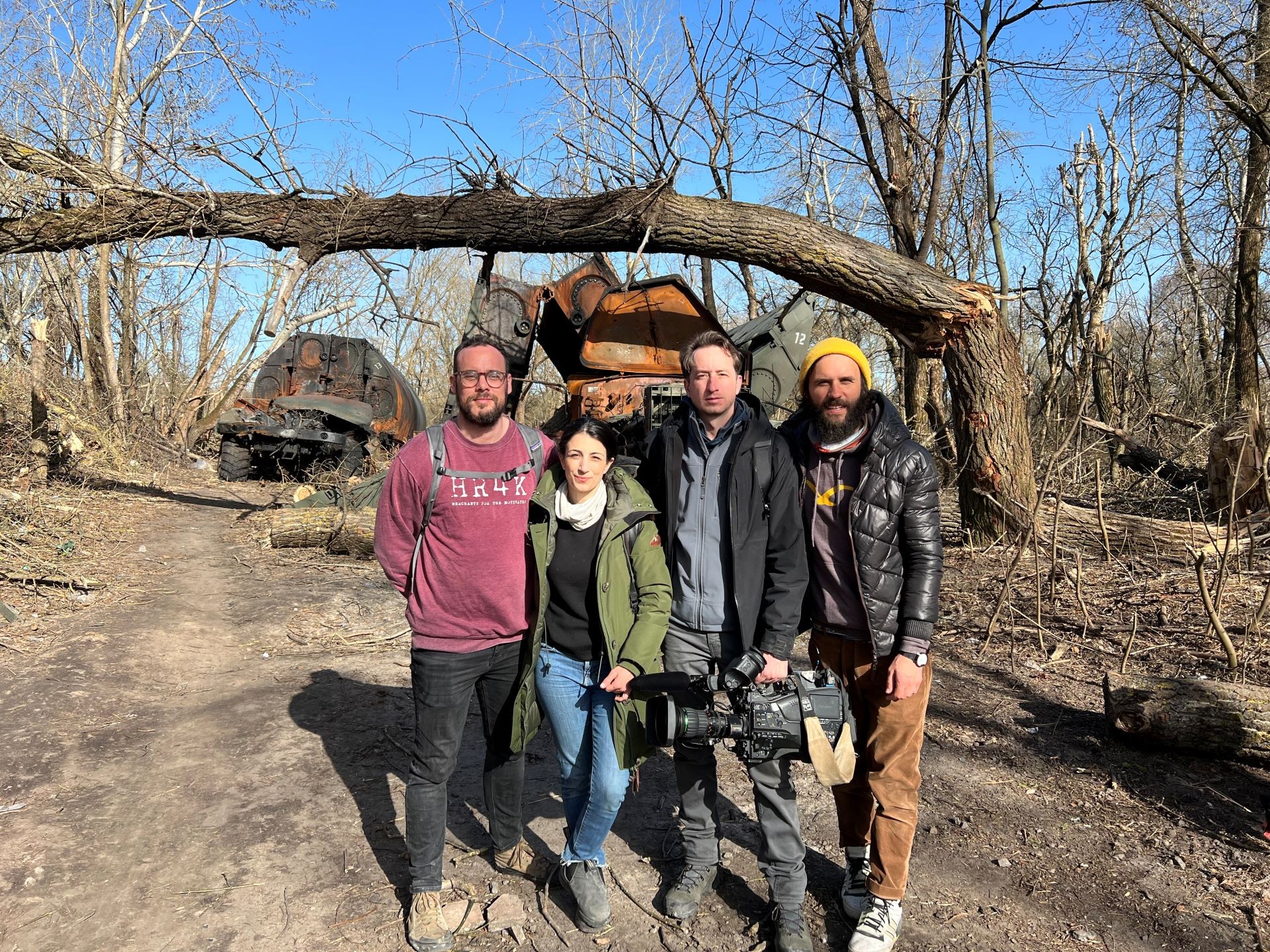 She joined CTV News in Montreal in 2006 after graduating from Concordia, helped by a program encouraging visible minorities to apply for internships. It was typical local news: from fires and sports coverage to jumping out of an airplane for a story on skydiving. “I was on a high,” she says. “It was a great time to experiment.”

Her four-year posting to CTV’s Ottawa bureau, from late 2009 to late 2013, took her into the bigger leagues and coverage of prime ministerial trips, including Stephen Harper’s last visit to soldiers in Afghanistan. She and her crew were the first international reporting team in Haiti following the destructive 2010 earthquake.

Then it was off to London for even bigger news stories — Brexit, terrorism, the Rohingya crisis, Nelson Mandela’s funeral and the Sochi Winter Olympics in 2014 among them.

The war in Ukraine has infuriated her, not only by the bodies in the streets, devastated families and untold suffering she has witnessed, but because so many in Russia refuse to believe that what she’s telling viewers is the truth.

Hamamdjian has trouble articulating her rage. “Not only are they trying to gather the bodies and trying to mourn, but they know there are people out there who believe this is all fake, this is all staged, this somehow isn’t real. And so, the insult — it’s not just pain; we’re talking about possible war crimes here.