‘Experiential learning is your chance to road test your career’ 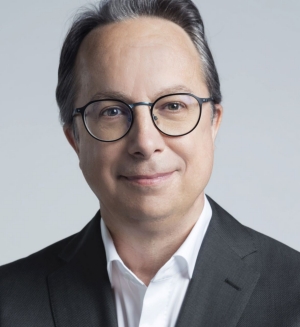 Concordia alum Francis Baillet, BSc 92, is an advocate of learning through hands-on experience.

Baillet is now helping to foster the next generation of students at his alma mater, too. His support will fund internship opportunities through Concordia’s Beat the Odds program, which helps students from historically underserved backgrounds to gain non-profit sector experience.

Baillet — who studied actuarial mathematics at Concordia — says he chose to support the Beat the Odds program because such internships are key to future success.

“Why would you spend so much time at school preparing for a particular job, without testing that job first?” he asks. “Experiential learning is your chance to road test your career and pivot quickly if it’s not a good fit.”

In addition to his own support, Baillet has rallied additional funding from Ubisoft to establish a gift of $15,000 to be disbursed over the next five years. Concordia is also matching the donation to fund a student’s full internship every year.

“Not only is he going to help change students’ lives, but it's also a true testament to Mr. Baillet's character. We can't thank him enough for this gift."

The new support of the Campaign for Concordia: Next-Gen. Now aligns with the university’s objective is to provide each student with at least one experiential learning opportunity.

When he was studying at Concordia, Baillet recalls that his parents didn’t have the means to pay for his tuition — and then he was accepted into the university’s Institute for Co-operative Education (Co-op) program.

“It was the best thing for me. The Co-op program basically paid for my education and from there everything was possible,” he says. “It was life-changing.”

He fondly remembers Concordia professor José Garrido, who taught a gripping actuarial math class at night where he “made numbers talk. He was so passionate he made every evening class an experience you did not want to miss.”

He previously served as vice-president of human resources and corporate affairs at Bell (Nexxlink Technologies), director of Global Compensation for North America at Rexel, director of Benefits at Westburne and as a pension consultant at Towers Perrin.

Deeply involved in the business community, Baillet is a board director of Interactive Ontario, La Guilde des développeurs de jeu vidéo du Québec, Le Conseil du Patronat du Québec and Montreal International as well as chairman of the board of the 7 Fingers Foundation.

Baillet now believes that giving back to Concordia is a logical next step. He says that the Beat the Odds program is a safeguard that ensures no student is left behind.

“What if every student who wanted to get an internship could get one? Just imagine the difference you can make in people’s lives,” he says.