Faculty and staff at the John Molson School of Business (JMSB) were saddened to learn of the passing of Tasha Wallace (PhD 12), a part-time faculty member in the Department of Management who died on September 10 while scuba diving. 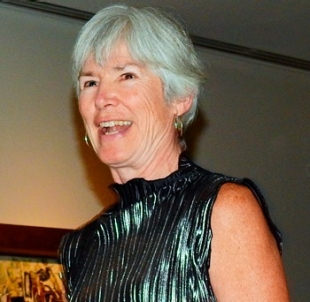 Wallace was a long-time member of the JMSB community who joined the faculty as a part-time lecturer in 2001. She completed her doctorate at JMSB in 2012 and won the Joe Kelly Graduate Award, given to the PhD student whose research exhibits “great imagination.”

Colleagues describe Wallace as “one of a kind” and “larger than life.” Linda Dyer, chair of the Department of Management, called her “the happiest person at JMSB. No question.”

Tony Bongiorno is a PhD graduate (2017) and management lecturer. “Tasha was bright in spirit and much taller than me. Maybe a whole foot taller,” he recalls.

“I would have to crane my neck to look at her. But it sure was worth it, because up there was a smile for the ages.”

Sophie Audousset-Coulier is an associate professor in the Department of Accountancy who was a colleague and friend of Wallace’s.

Wallace was a squash player, an avid skier and a very active member of the YMCA, where Audousset-Coulier says she took every dance class available.

“Simply walking down De Maisonneuve Boulevard with her, on our way back from the Y, made me feel thankful and appreciative of all the blessings in life and the power that one individual has in people’s lives.”

Wallace’s positivity and enthusiasm was apparent even in her own words, as evidenced in her email sign-off last week to Ingrid Chadwick, her friend and colleague in the Department of Management:

Tasha Wallace is survived by her husband, Robert Wallace.

The celebration of Tasha Wallace's life will take place from 3 p.m. to 7 p.m. on Thursday, September 21 at the Mount Royal Cemetery.